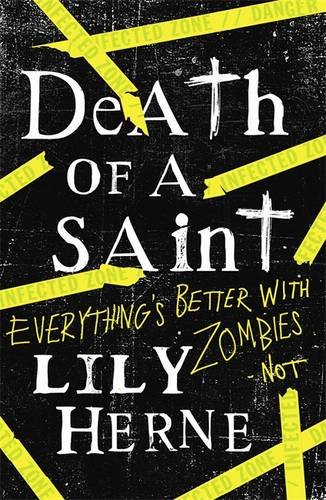 Lily Herne - Death of A Saint - Published by Much-In-Little - 17, October 2013
Some secrets are so unthinkable you can't even admit them to yourself . . . Lele, Ginger, Ash and Saint - aka the Mall Rats - are hiding out in the Deadlands, a once-prosperous area of Cape Town, now swarming with the living dead. Exiled from the city enclave for crimes against the Resurrectionist State, the Rats face a stark choice: return and risk capture - or leave Cape Town and go in search of other survivors.But what if the rest of South Africa is nothing but a zombie-riddled wasteland? Now Lele has discovered the truth about why the lurching dead leave them alone, she can't bring herself to tell the rest of the gang. And she's not the only Mall Rat harbouring a dangerous secret . . . Can the friends' survive on the road if all they have is each other? Or will their secrets tear them apart? 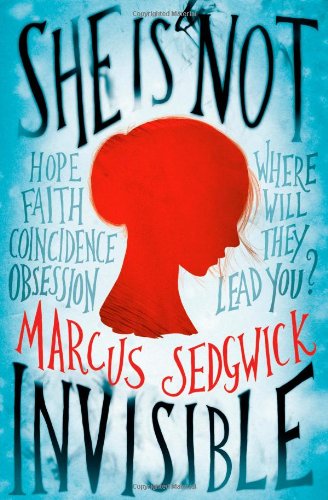 Marcus Sedgwick - She is Not Invisible - Published by Indigo - 3, October 2013
Laureth Peak's father is a writer. For years he's been trying, and failing, to write a novel about coincidence. His wife thinks he's obsessed, Laureth thinks he's on the verge of a breakdown. He's supposed to be doing research in Austria, so when his notebook shows up in New York, Laureth knows something is wrong.

On impulse she steals her mother's credit card and heads for the States, taking her strange little brother Benjamin with her. Reunited with the notebook, they begin to follow clues inside, trying to find their wayward father. Ahead lie challenges and threats, all of which are that much tougher for Laureth than they would be for any other 16-year old. Because Laureth Peak is blind. 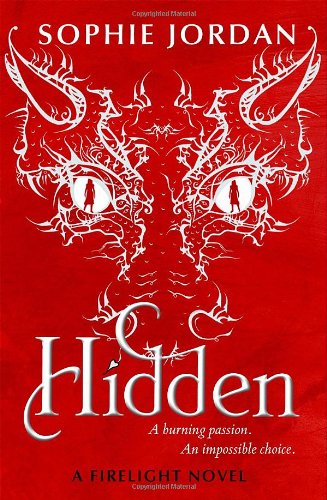 Sophie Jordan - Hidden (Firelight) Published by OUP Oxford - 3, October 2013
'Inhaling deep breaths I wait for it to begin. The battle I've been waiting my whole life to fight.'
A group of vicious hunters are drawing dangerously close to discovering the secrets of the draki (descendants of dragons with the ability to shift into human form). Reluctantly, Jacinda realizes that running away to be with her beloved Will is no longer an option while the safety of her draki pride is at stake. Jacinda vows to use every last breath of fiery determination to protect the pride and for the right to control her own destiny.

But when the battle is over, Jacinda must decide where her heart truly lies . . . with the pride or with Will? 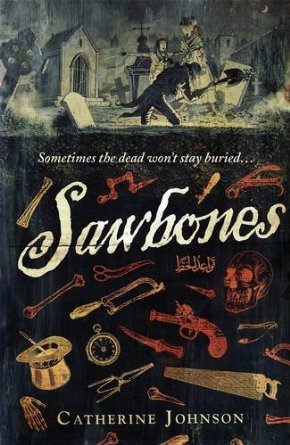 Catherine Johnson - Sawbones - Published by Walker Books - 3, October 2013
Sixteen-year-old Ezra McAdam has much to be thankful for: trained up as an apprentice by a well-regarded London surgeon, Ezra’s knowledge of human anatomy and skill at the dissection table will secure him a trade for life. However, his world is turned on its head when a failed break-in at his master’s house sets off a strange and disturbing series of events that involves grave robbing, body switching … and murder. Sparky, persuasive young Loveday Finch, daughter of the late Mr Charles Finch, magician, employs Ezra to investigate her father’s death - and there are marked similarities between his corpse and the others. The mystery takes Ezra and Loveday from the Operating Theatre at St Bart’s to the desolate wasteland of Coldbath Fields; from the streets of Clerkenwell to the dark, damp vaults of Newgate Prison; and finally to the shadowy and forbidding Ottoman Embassy, which seems to be the key to it all…
By Mr Ripley's Enchanted Books on September 16, 2013