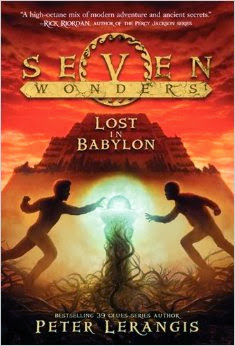 Peter Lerangis - Seven Wonders: Lost in Babylon - Published by HarperCollins - 29, October 2013 - Age 8+
Percy Jackson meets Indiana Jones in the New York Timesbestselling epic adventure Seven Wonders! Lost in Babylon is the second book in a seven-book series, chronicling the adventures of Jack McKinley and his race to find the Loculi that have been hidden in the Seven Wonders of the Ancient World. In Lost in Babylon, Jack travels to the Hanging Gardens of Babylon, where he discovers a world out of time and is faced with a dilemma unlike any he'd ever imagined.
Rick Riordan calls Seven Wonders "a high-octane mix of modern adventure and ancient secrets. The Colossus Rises is Lerangis's most gripping work yet. Young readers will love this story. I can't wait to see what's next in the Seven Wonders series! 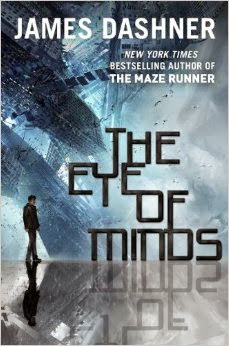 James Dashner - The Eye of Minds - Published by Delacorte Press - 8, October 2013 - Age 12+
Michael is a gamer. And like most gamers, he almost spends more time on the VirtNet than in the actual world. The VirtNet offers total mind and body immersion, and it’s addictive. Thanks to technology, anyone with enough money can experience fantasy worlds, risk their life without the chance of death, or just hang around with Virt-friends. And the more hacking skills you have, the more fun. Why bother following the rules when most of them are dumb, anyway?
But some rules were made for a reason. Some technology is too dangerous to fool with. And recent reports claim that one gamer is going beyond what any gamer has done before: he’s holding players hostage inside the VirtNet. The effects are horrific—the hostages have all been declared brain-dead. Yet the gamer’s motives are a mystery.

The government knows that to catch a hacker, you need a hacker.
And they’ve been watching Michael. They want him on their team. But the risk is enormous. If he accepts their challenge, Michael will need to go off the VirtNet grid. There are back alleys and corners in the system human eyes have never seen and predators he can’t even fathom—and there’s the possibility that the line between game and reality will be blurred forever. 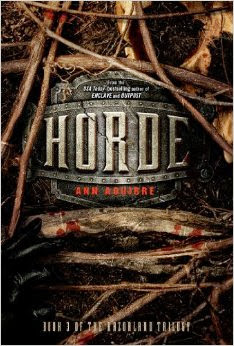 Ann Aguirre Horde (Enclave) - Published Feiwel & Friends - 29, October 2013 - Age 12+
Salvation is surrounded, monsters at the gates, and this time, they're not going away. When Deuce, Fade, Stalker and Tegan set out, the odds are against them. But the odds have been stacked against Deuce from the moment she was born. She might not be a Huntress anymore, but she doesn't run. With her knives in hand and her companions at her side, she will not falter, whether fighting for her life or Fade's love. 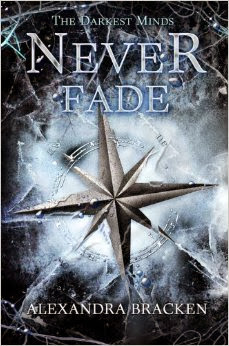 Alexandra Bracken - The Darkest Minds, Never Fade - Published by Disney-Hyperion - October 2013 - Age 12+
Ruby never asked for the abilities that almost cost her her life. Now she must call upon them on a daily basis, leading dangerous missions to bring down a corrupt government and breaking into the minds of her enemies. Other kids in the Children's League call Ruby "Leader", but she knows what she really is: a monster.

When Ruby is entrusted with an explosive secret, she must embark on her most dangerous mission yet: leaving the Children's League behind. Crucial information about the disease that killed most of America's children-and turned Ruby and the others who lived into feared and hated outcasts-has survived every attempt to destroy it. But the truth is only saved in one place: a flashdrive in the hands of Liam Stewart, the boy Ruby once believed was her future-and who now wouldn't recognize her.

As Ruby sets out across a desperate, lawless country to find Liam-and answers about the catastrophe that has ripped both her life and America apart-she is torn between old friends and the promise she made to serve the League. Ruby will do anything to protect the people she loves. But what if winning the war means losing herself?

Ahead, the battle of a lifetime awaits. Freaks are everywhere, attacking settlements, setting up scouts, perimeters, and patrols. There hasn't been a war like this in centuries, and humans have forgotten how to stand and fight. Unless Deuce can lead them.

This time, however, more than the fate of a single enclave or outpost hangs in the balance. This time, Deuce carries the banner for the survival of all humanity.
By Mr Ripley's Enchanted Books on September 21, 2013