Guest Author Post by Sandra Greaves - The Skull in the Wood 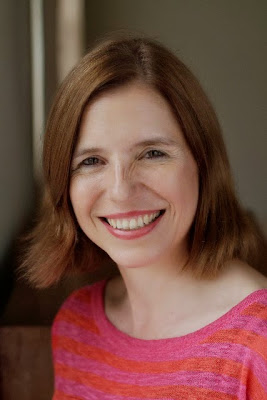 As Hallowe’en approaches, Undiscovered Voices 2012 winner Sandra Greaves talks about how she created the creepy atmosphere in her first novel, The Skull in the Wood, and how to get into the right frame of mind to bring on the shivers.

A contemporary ghost story set on Dartmoor, The Skull in the Wood is the tale of two quarrelling cousins who unearth a curlew skull in the middle of a wood. From that moment, dark things start to happen – birds and animals turn bad, and there’s talk of an ancient evil called the gabbleratchet stirring into life. Which is very bad indeed…

The Skull in the Wood became spookier over several rewrites. In part, it was down to the moor. Dartmoor can be a very scary place, and it got into my blood – we live close by and I did lots of walking there as I was writing the book. It’s vast, strange and empty – 368 square miles of wilderness, and one of the last bits of wild Britain.

And of course it’s a gift of a location – brooding, dark, unsettling. There are countless myths and legends associated with it, and most of them are nasty. Conan Doyle set The Hound of the Baskervilles here, and the folklore is full of tales of giant black dogs that spell big trouble. On top of that, it’s a dangerous place – extremely cold, with mires you can sink into, and the fog can come down without warning, obliterating every landmark.

All I had to was to bring it to life.

I drew on a number of dark myths to construct my plot. The folklore of birds features prominently – particularly the malevolent reputation of curlews, seen for centuries as birds of ill omen. And I took the European-wide myth of the Wild Hunt, led by the devil, which is prominent on Dartmoor, and entwined it with weird English folk tales about wild geese changing into hellhounds on stormy nights. In some regions this is known as the ‘gabbleratchet’ – a wonderful word that became central to The Skull in the Wood.

What I found along the way was that less was more. Not describing what lay at the heart of the gathering evil was far more effective than trying to spell it out. My editor, Rachel Leyshon, was brilliant in encouraging me to up the scariness and increase the peril at every stage. What worked best for me was to take terror into the everyday – to twist normality a tiny bit so that ordinary things became suddenly chilling.

Often I wrote the most frightening bits after dark. For the scariest passages, I had to get myself into a kind of semi-waking state (often with a glass of wine at my hand). Then I’d type madly, letting the demons in and onto the page.
Happy Hallowe’en. 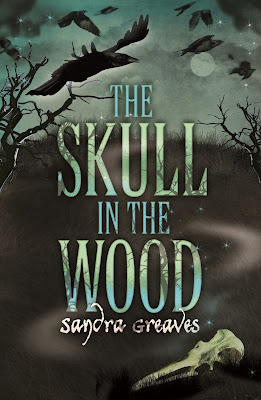 The Skull in the Wood is out this autumn, published by Chicken House, for 10+ readers. Mr Ripley's Book review find it Here
www.sandragreaves.com Twitter: @sandra_greaves