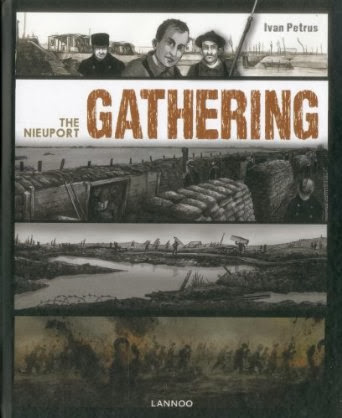 Ivan Petrus - The Nieuport Gathering - Published by Editions Lannoo (25 Jan 2012)
In the trenches of World War One three soldiers meet. They have just countered the first attacks of the Germans at the Yzer front. They spend the day together on November 1 1914 and agree to see each other again in exactly 10 years. If they survive the war, that is. This is the story of 3 men, 3 soldiers with their own history and the 3 lives they have led: before, during and after the Great War. A dramatic story, enforced by the beautiful drawings of Ivan Petrus. All of the costumes and details illustrated in this graphic novel are historically correct. 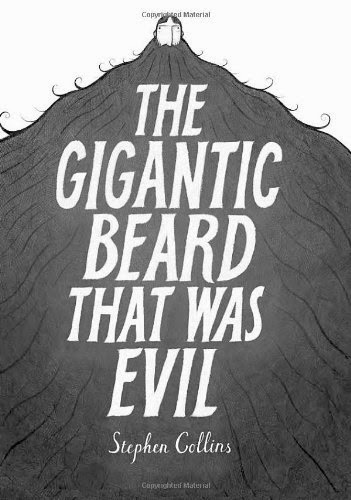 The job of the skin is to keep things in.
On the buttoned-down island of Here, all is well. By which we mean: orderly, neat, contained and, moreover, beardless.
Or at least it is until one famous day, when Dave, bald but for a single hair, finds himself assailed by a terrifying, unstoppable.monster*!
Where did it come from? How should the islanders deal with it? And what, most importantly, are they going to do with Dave?
The first book from a new leading light of UK comics, The Gigantic Beard That Was Evil is an off-beat fable worthy of Roald Dahl. It is about life, death and the meaning of beards.
(*We mean a gigantic beard, basically.) 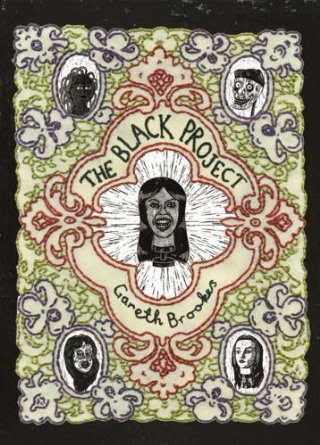 Gareth Brookes - Black Project, The - Published by MYRIAD EDITIONS; (12 Sep 2013)
Getting yourself a girlfriend is easy, according to Richard. All you need is papier mache, string, soft material, a balloon, some old fashioned bellows, and a good pair of scissors. The difficult bit is keeping her secret. Set in an English suburb in the early 1990s, this is the story of Richard's all-consuming passion for creating 'girls' from household objects. But as his hobby begins to flourish, his real life friendships and family relationships deteriorate.
Posted by Mr Ripley's Enchanted Books on October 28, 2013