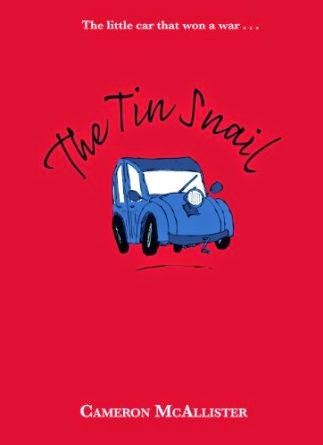 Cameron McAllister  - The Tin Snail - Published by Jonathan Cape (8 May 2014) - See review: HERE
This is the story of a brave little car that helped to win a war.
In the 1940s world of elegant, luxury automobiles, the Tin Snail is no beauty. But it's facing a tough challenge:
to carry a farmer and his wife,
a flagon of wine
and a tray of eggs
across a bumpy field in a sleepy French village
- without spilling a drop or cracking a shell.
And then an even bigger challenge comes along - staying hidden from an officer of the occupying Nazi army, who is bent on stealing the design for the enemy!
Loosely inspired by real events, with ingredients from the best children's favourites (a dash of CHITTY CHITTY BANG BANG, a pinch of HUGO, and a sprinkling of DAD'S ARMY) this debut novel from successful screenwriter Cameron McAllister is set to be a classic hit and a fun, big-hearted read for the whole family this summer. 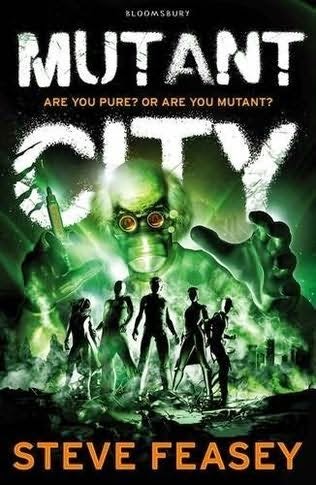 Steve Feasey - Mutant City - Published by Bloomsbury Children's (8 May 2014) See review: HERE
Fifty years ago, the world was almost destroyed by a chemical war. Now the world is divided: the mutants and the pure, the broken and the privileged, the damaged and the perfect.
Thirteen years ago, a covert government experimental facility was shut down and its residents killed. The secrets it held died with them. But five extraordinary kids survived.
Today four teenagers are about to discover that their mutant blood brings with it special powers. Rush and three brothers and sisters he can't remember. Two rival factions are chasing them. One by one, they face the enemy. Together, they might just stay alive . . . 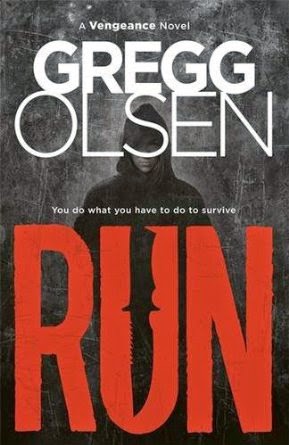 Gregg Olsen - Run (Vengeance Novels) - Published by Hot Key Books (1 May 2014)
What if you discovered that everything you thought you knew about yourself was a lie? Rylee is fifteen. She comes home from school one afternoon to find the most shocking thing possible - her father dead, with a knife through his heart, and a key clutched in his hand. Her mother's purse is on the counter, but she appears to be long gone. A message in blood is written on the floor...RUN. With her brother in tow, Rylee begins a dark journey, one that will uncover horrific and chilling crimes and lead her to an unexpected and gruesome discovery about her real father and what - or who - is behind his insatiable desire to kill. By the journey's end Rylee's childhood is a long way behind her...RUN is the first title in the new Vengeance series, following Rylee as she begins to piece together the story of her life and to avenge unpunished crimes - starting with her own. This is DEXTER with a feisty female protagonist unlike any other in contemporary young adult fiction. 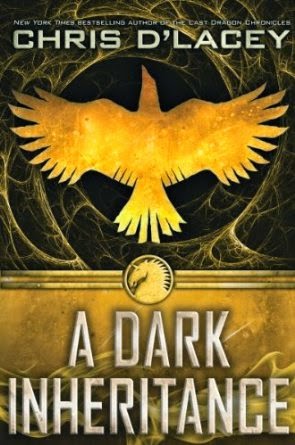 When Michael Malone discovers his supernatural ability to alter reality, he is recruited by an organization dedicated to investigating strange and paranormal phenomena. He joins in hopes of finding his father, who mysteriously vanished three years earlier. Michael's first task is to solve the mystery of a dog he rescued from a precarious clifftop -- a mystery that leads him to a strange and sickly classmate and a young girl who was killed in a devastating accident. Stakes are high as Michael learns to harness his newfound ability and uncover the deadly truth about his father's disappearance. A bold and thrilling tale of alternate realities, paranormal mystery, and extraordinary adventure.
Email Post
Labels: 2014 May Adventure Cameron McAllister Children's Chris D'Lacey Fantasy Gregg Olsen NewBooks Steve Feasey Teens YA