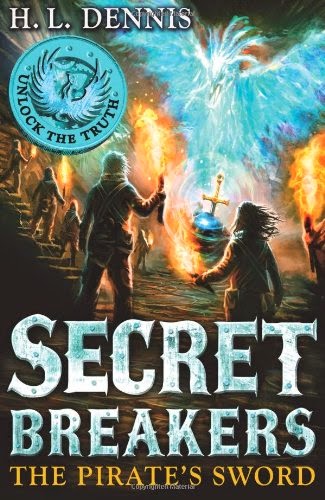 Team Veritas have been searching for the truth. But sometimes the truth is hard to handle. No longer safe in England, the team from Station X must escape to the United States of America where they embark on an epic treasure hunt. It starts in New York City where they track down a precious ring once owned by a Knight of Neustria. From there, on to Washington DC to look for clues in the largest library in the world - and then a trek across the Blue Ridge Mountains in search for treasure hidden in a long forgotten cavern. 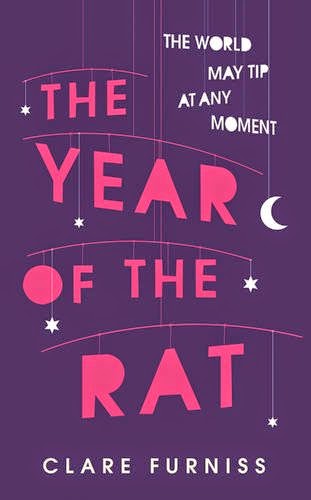 Claire Furniss - The Year of the Rat - Published by Simon & Schuster Children's Books (24 April 2014) - Fantastic Read.
I always thought you'd know, somehow, if something terrible was going to happen. I thought you'd sense it, like when the air goes damp and heavy before a storm and you know you'd better hide yourself away somewhere safe until it all blows over. But it turns out it's not like that at all. There's no scary music playing in the background like in films. No warning signs. Not even a lonely magpie. One for sorrow, Mum used to say. Quick, look for another. The world can tip at any moment … a fact that fifteen-year-old Pearl is all too aware of when her mum dies after giving birth to her baby sister. Told across the year following her mother's death, Pearl's story is full of bittersweet humour and heartbreaking honesty about how you deal with grief that cuts you to the bone, as she tries not only to come to terms with losing her mum, but also the fact that her sister - The Rat - is a constant reminder of why her mum is no longer around… 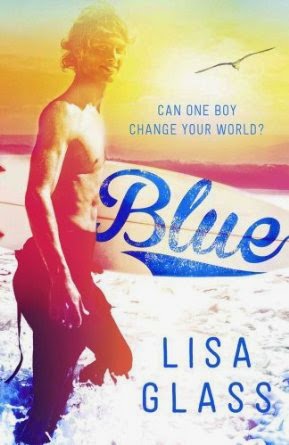 Lisa Glass - Blue - Published by Quercus (5 Jun 2014)  The summeriest YA surfer chick romance you will read all year, with Zeke. Just Zeke. Everyone loves a bit of Zeke.
Surfing is sixteen-year-old Iris's world, and when the ultra-talented Zeke walks into her life, it soon becomes her passion.
Over one amazing summer, as she is drawn into his sphere, she experiences love, new friendships, but also loss, with an intensity she never dreamed of.
But is Zeke all he seems? What hides beneath his glamorous and mysterious past? When Iris decides to try for her own surfing success, just as her ex-boyfriend comes back into her life, she will test her talent, and her feelings for Zeke, to the limit. Brian Conaghan - When Mr Dog Bites - Published by Bloomsbury Publishing (3 July 2014) Critically acclaimed, touching and hilarious.
Dylan Mint has Tourette's. His life is a constant battle to keep the bad stuff in - the swearing, the tics, the howling dog that seems to escape whenever he gets stressed. But a routine visit to the hospital changes everything. Overhearing a hushed conversation between the doctor and his mum, Dylan discovers that he's going to die in March. So he makes a list of things he must do before he dies: first, he wants to have real sex with gorgeous Michelle Malloy; second, he's got to find his autistic best friend Amir a new best bud; third, he's got to get his dad back home from the army so they can say goodbye properly. It's not a long list, but it's ambitious, and he doesn't have much time. Sometimes you've just got to go for it - no holding back - and see what happens . . .

This is the launch of a major new writing talent. Brian Conaghan makes you travel every step of the way in Dylan's shoes, laughing and crying - often at the same time - as Dylan faces the twists and turns of an unfair world with glorious optimism and wit. 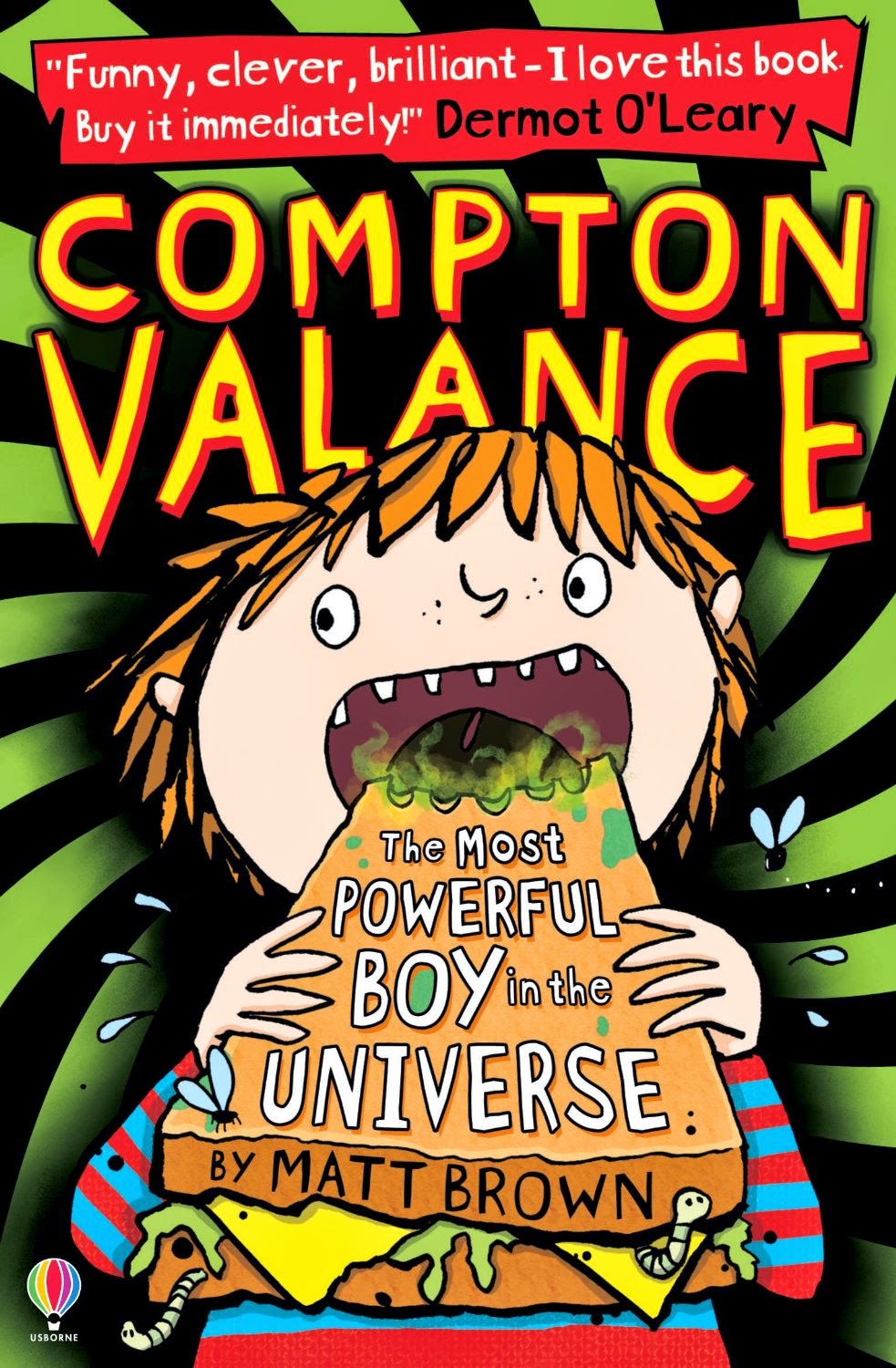 Matt Brown - Compton Valance The Most Powerful Boy in the Universe - Published by Usborne Publishing Ltd (1 Jun 2014)  (Side-splittingly funny and rather stinky and gross MG humour)
When Compton Valance and his best friend Bryan Nylon discover the world's first TIME MACHINE (aka a mouldy, thirteen-week-old-cheese-and-pickled-egg sandwich), they become the most powerful boys in the universe. But how will Compton and Bryan decide to use their incredible new time-travelling powers? Will they use them for good? Will they use them for evil? Or will they just focus their efforts on perfecting a formula for the world's first pair of custard trousers? Things are about to get totally scrambled for Compton Valance.

Many thanks Ben for the interesting and varied recommendations; it looks like there's a book for everyone here. Check out Ben's online independent shop to view these titles and many more at the following link: http://www.myindependentbookshop.co.uk/bookboyben
For every book that you buy from Ben's shelves, hive will share a percentage of the sale with their chosen independent bookshop.