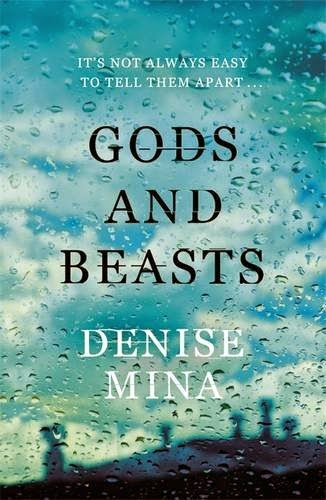 Giants of the genre are pitted against each other as the longlist is announced for the tenth Theakstons Old Peculier Crime Novel of the Year Award.
One of the most prestigious crime writing prizes in the country, 2014 sees past winners Lee Child, Mark Billingham and Denise Mina in the running.

Lee Child who won the Award in 2011 returns to the longlist with his 17th Jack Reacher novel, A Wanted Man. Sizing up to the phenomenal bestseller is two-time award winner, Mark Billingham for his Tom Thorne novel, The Dying Hours.

Denise Mina, who has won the past two years’ could make it a hat trick and defend her title with her brilliantly plotted The Red Road, said to rival Ian Rankin’s best. Number one bestseller Ian Rankin also represents Tartan Noir, with Standing in Another Man’s Grave, his first new Rebus novel in five years.
A new Scot is on the block to take on the old guard, Malcolm Mackay is one of just two debut authors to feature on the longlist with The Necessary Death of Lewis Winter. The first in a trilogy, it’s been praised as an intriguingly odd, remarkably original debut.

South African author Lauren Beukes’ The Shining Girls was a phenomenal bestseller and after being praised by Stephen King, it’s a hot contender.
Irish author Stuart Neville’s first three novels were previously longlisted for this award, and he’s back this year with his hugely gripping thriller, Ratlines. Stav Sherez is also back on the longlist with Eleven Days, his superior police procedural and sequel to A Dark Redemption.

Now in its tenth year, the Theakstons Old Peculier Crime Novel of the Year Award was created to celebrate the very best in crime writing and is open to crime authors whose novels were published in paperback from 1 May 2013 to 30 April 2014. The 2014 Award is run in partnership with T&R Theakston Ltd, WHSmith, and Radio Times.

The long list, comprising 18 titles, is selected by an academy of crime writing authors, agents, editors, reviewers, members of the Crime Writing Festival Programming Committee and representatives from T&R Theakston Ltd and WHSmith.

From 22 May to 19 June, longlisted titles will feature in a four-week campaign across all 600 WHSmith stores and 80 library services, representing a total of 1645 library branches. The longlist will be whittled down to a shortlist of six titles which will be announced on 30 June.

The overall winner will be decided by a panel of Judges which this year comprises of Executive Director of T&R Theakston Ltd. and title sponsor Simon Theakston, Festival Chair Steve Mosby, Radio Times’ Alison Graham, and Head of Fiction at WHSmith, Dave Swillman, as well as members of the public. The public vote opens on 3 July and closes 15 July at www.theakstons.co.uk
By Mr Ripley's Enchanted Books on May 08, 2014