Heather Mackey - Dreamwood - Published Putnam Juvenile (June 12, 2014) Age 10+
Lucy Darrington has no choice but to run away from boarding school. Her father, an expert on the supernatural, has been away for too long while doing research in Saarthe, a remote territory in the Pacific Northwest populated by towering redwoods, timber barons, and the Lupine people. But upon arriving, she learns her father is missing: Rumor has it he’s gone in search of dreamwood, a rare tree with magical properties that just might hold the cure for the blight that’s ravaging the forests of Saarthe.Determined to find her father (and possibly save Saarthe), Lucy and her vexingly stubborn friend Pete follow William Darrington’s trail to the deadly woods on Devil’s Thumb. As they encounter Lupine princesses, giant sea serpents, and all manner of terrifying creatures, Lucy hasn’t reckoned that the dreamwood itself might be the greatest threat of all. 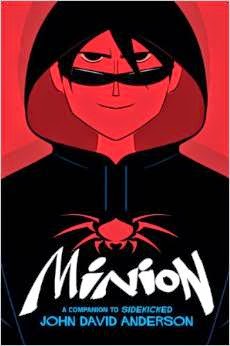 John David Anderson - Minion - Published by Walden Pond Press (June 24, 2014) Age 8+
The world of superheroes he created in Sidekicked with an entirely new cast of characters in Minion, a funny and emotional companion to his first breakout tween novel—perfect for superhero fans who also love the work of bestselling authors Rick Riordan, Louis Sachar, and Frank Cottrell Boyce.
Michael Morn might be a villain, but he's really not a bad guy. When you live in New Liberty, known across the country as the City without a Super, there are only two kinds of people, after all: those who turn to crime and those who suffer. Michael and his adoptive father spend their days building boxes—special devices with mysterious abilities—which they sell to the mob at a price. They provide for each other, they look out for each other, and they'd never betray each other.
But then a Super comes to town, and Michael's world is thrown into disarray. The Comet could destroy everything Michael and his dad have built, the safe and secure life they've made for themselves. And now Michael and his father face a choice: to hold tight to their life or to let it unravel. 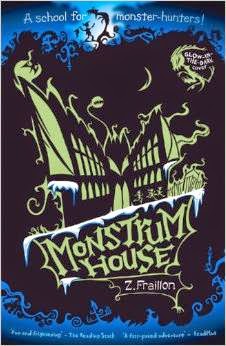 Z. Fraillon - Monstrum House - Published by Hardie Grant Egmont (June 1, 2014) Age 9+
A bind-up of four Monstrum House series titles
Jasper McPhee has been expelled from schools countless times. The Monstrum House School for Troubled Children is his last chance. It looks like a normal school. All the parents who send their kids there think it's a normal school. What everyone doesn't realize is that Monstrum House is actually a place that trains kids to be monster hunters. And the monsters aren't cute and cuddly. They lurk under beds and in the school basement; some scare kids, some eat kids, and some morph them into stone. It's no use telling your parents that the school is making you catch monsters. After being expelled from schools time and time again, who would believe you? 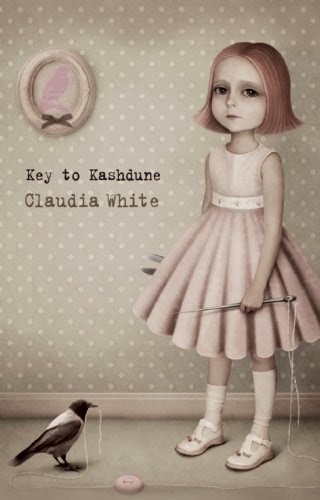 Claudia White - Key to Kashdune - Published by MP Publishing (June 10, 2014) Age 9+
Key to Kashdune picks up the year after Aesop’s Secret ends. An earthquake in the exotic countryside of Turkey has uncovered an ancient cave full of relics of the shape-shifting Athenite people, and two present-day Athenites, Dr. Harmony Melpot and her uncle Joe Wiltshire (previously Aesop the rabbit), are eager to discover its secrets. When they meet with disaster in the form of another frightening earthquake, Melinda convinces her family to go to her friend Joe’s rescue. In the process she discovers four mysterious journals that reveal the secret to traveling by the Earth’s music. Captivated by the melodies she hears, Melinda flies off as a kestrel to the fabled island of Kashdune, rumored to be a place where Athenites and humans live together in peace. Unfortunately, the Huttons’ old nemesis Professor Horace Stumpworthy has learned of the utopian island, and he attempts to use the ancient Athenite knowledge there to exact his revenge upon the Hutton family. The Huttons, Harmony, and Joe set off after Melinda, parting a veil of magical mist that hides Kashdune from the outside world. Jake is separated from the rest of the group, but the others successfully make their way to the hidden island.