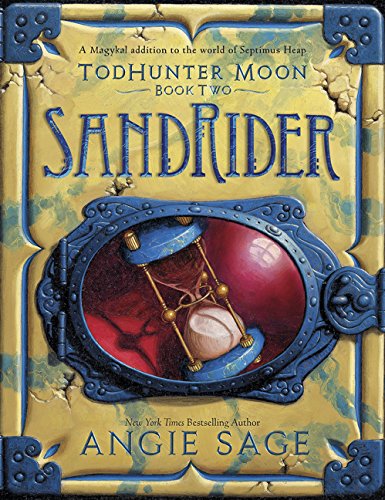 Angie Sage - TodHunter Moon: SandRider (World of Septimus Heap) Published by Katherine Tegen Books (October 13, 2015)
Tod's story races on in this second book in the TodHunter Moon trilogy, a spinoff of the popular Septimus Heap series. Fans of Septimus as well as fantasy readers new to the world of Magyk will enjoy this next installment in the series ALA Booklist calls "warm and inventive." Full-page illustrations by renowned fantasy artist Mark Zug begin each section and add to the magic!
Great for readers of Harry Potter or Brandon Mull's Fablehaven series, TodHunter Moon offers something for every reader, regardless of gender or age. SandRider is also a dynamic pick for parents reading aloud to younger children before bedtime.
Taking place seven years after the events of the original Septimus Heap series, TodHunter Moon tells the story of Alice TodHunter Moon, a young PathFinder who comes to the Castle with a Magyk all her own. In this second book, Tod sets out for the Desert of the Singing Sands to retrieve the Egg of the Orm—a journey that will test not only her Magykal and PathFinding skills but her friendships, too. 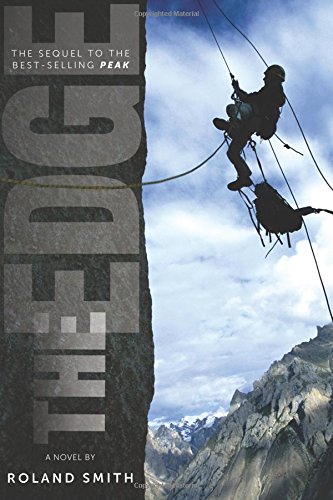 Roland Smith - The Edge - Published by HMH Books for Young Readers (October 6, 2015)
The International Peace Ascent is the brainchild of billionaire Sebastian Plank: Recruit a global team of young climbers and film an inspiring, world-uniting documentary. The adventure begins when fifteen-year-old Peak Marcello and his mountaineer mother are helicoptered to a remote base camp in the Hindu Kush Mountains on the Afghanistan-Pakistan border. When the camp is attacked and his mother taken, Peak has no choice but to track down the perpetrators to try to save her. Fans of the bestselling
Peak will be thrilled with this gripping, high-stakes sequel. 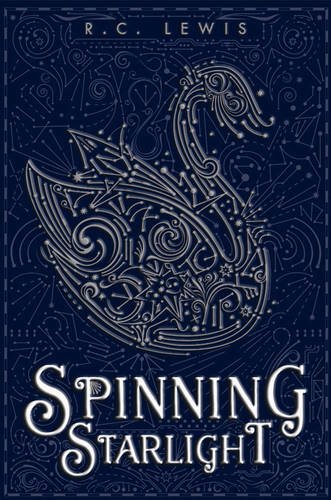 R. C. Lewis - Spinning Starlight - Published by Disney-Hyperion (October 6, 2015)
Sixteen-year-old heiress and paparazzi darling Liddi Jantzen hates the spotlight. But as the only daughter in the most powerful tech family in the galaxy, it's hard to escape it. So when a group of men shows up at her house uninvited, she assumes it's just the usual media-grubs. That is, until shots are fired.

Liddi escapes, only to be pulled into an interplanetary conspiracy more complex than she ever could have imagined. Her older brothers have been caught as well, trapped in the conduits between the planets. And when their captor implants a device in Liddi's vocal cords to monitor her speech, their lives are in her hands: One word, and her brothers are dead.

Desperate to save her family from a desolate future, Liddi travels to another world, where she meets the one person who might have the skills to help her bring her eight brothers home-a handsome dignitary named Tiav. But without her voice, Liddi must use every bit of her strength and wit to convince Tiav that her mission is true. With the tenuous balance of the planets deeply intertwined with her brothers' survival, just how much is Liddi willing to sacrifice to bring them back?
Haunting and mesmerizing, this retelling of Hans Christian Andersen's The Wild Swans fuses all the heart of the classic tale with a stunning, imaginative world in which a star-crossed family fights for its very survival. 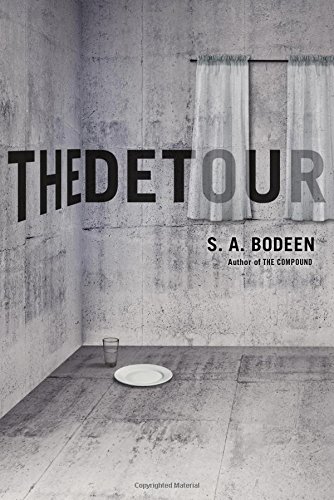 S. A. Bodeen - The Detour - Published by Feiwel & Friends (October 6, 2015)
Livvy Flynn is a big deal - she's a New York Times-bestselling author whose YA fiction has sold all over the world. She's rich, she's famous, she's gorgeous, and she's full of herself. When she's invited to an A-list writer's conference, she decides to accept so she can have some time to herself. She's on a tight deadline for her next book, and she has no intention of socializing with the other industry people at the conference. And then she hits the detour.
Before she knows it, her brand new car is wrecked, she's hurt, and she's tied to a bed in a nondescript shack in the middle of nowhere. A woman and her apparently manic daughter have kidnapped her. And they have no intention of letting her go.
By Mr Ripley's Enchanted Books on September 22, 2015