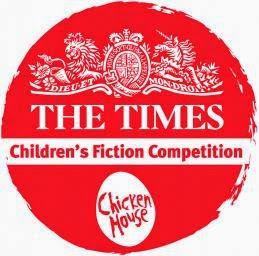 The Times/Chicken House Children’s Fiction Competition 2016 seeks a young judge to help discover a new children’s bestseller
Open to 14-18 year olds, closing date 30th October
The Times/Chicken House Children’s Fiction Competition, the biggest children’s writing competition in the UK, is looking for a confident and passionate young judge with a demonstrable love of books to join the prestigious judging panel and help choose the winner. Entrants must submit a 1-3 minute video about the book they would most like to persuade others to read. Aspiring judges aged 14-18 have until 30th October to make their short video, upload it to YouTube, and email a link to
ChickenHouseYoungJudge@riotcommunications.com
The winner will join the judging panel for the Times/Chicken House Children’s Fiction competition which includes: the Times arts editor and children’s books reviewer Alex O’Connell; Waterstones’ children’s book buyer Melissa Cox; Justine Roberts, CEO and co-founder of Mumsnet; and Barry Cunningham, the founder of Chicken House and the publisher who discovered J.K. Rowling.
The winner of the young judge competition will have six weeks to read approximately five shortlisted titles before joining the other judges at an exclusive members club in London for a day of judging in spring 2016. The prize also includes: (i) travel and accommodation for the winner and their parent/guardian to the London judging day, (ii) four VIP passes to the Times and Sunday Times Cheltenham Literature Festival 2016 and (iii) a library of fifty Chicken House books. Four runners-up will also receive a library of fifty Chicken House books each.
Barry Cunningham says: ‘We’re looking for original, engaging and exciting video entries; the more imaginative, the better. Demonstrate your love of children’s books, your passion for reading and your powers of persuasion and you could have a hand in finding a future bestseller!’
The Times/Chicken House Children’s Fiction Competition has been running annually since 2008. The winner receives a £10,000 advance for their novel, agency representation and publication by Chicken House. Chicken House was founded and is run by Barry Cunningham, the publisher who signed J.K. Rowling. Among its bestselling authors, Chicken House publishes Cornelia Funke (the Inkheart series) and James Dashner (The Maze Runner series). Since the first competition, several runners up have also been published alongside the main winner. The 2015 winner was The Secret Cooking Club, by Laurel Remington, which will be published in 2016.
Full details of the young judge competition can be found at
www.chickenhousebooks.com
Posted by Mr Ripley's Enchanted Books on September 21, 2015