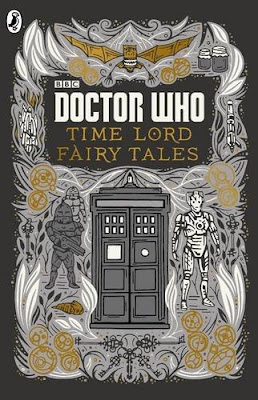 Celebrate the start of the ninth series of Doctor Who with these fantastic books from Penguin Random House Children’s!

Doctor Who:
Time Lord Fairy Tales - Justin Richards
1st October 2015, £12.99, 7-11 years
Publishing in hardback
A beautifully illustrated anthology of Doctor Who themed fairy tales
Be enchanted by fifteen captivating brand new stories based within the Doctor Who world, which draw on mysterious myths and legends about heroes and monsters of all kinds, from every corner of the universe. From Frozen Beauty to Snow White and the Seven Keys of Doomsday, these are tales that might have been told to young Time Lords at bedtime, and are filled with nightmarish terrors and heroic triumphs that will be sure to capture the imagination.
Featuring an original, specially commissioned illustrated cover and fifteen illustrations, one for each fairy tale, in a beautiful paper cut-out style, these twisted tales are an enchanting gift for Doctor Who fans of all ages. 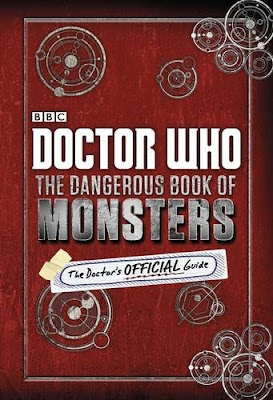 Doctor Who:
The Dangerous Book of Monsters
1st October 2015, £9.99, 7-11 years
Publishing in hardback
Do you know how to disarm a Dalek? Dispose of a Dream Crab? Foretell a visit from the Foretold? If the answer is ‘No’, then this is the guide for you.
This time-worn monster handbook is where the Doctor keeps his most valuable and dangerous information – his essential notes on every fearsome enemy, with original sketches of each creature and cunning foe.
The Doctor has written down all you need to know to defeat every monster in the cosmos. Or, in some cases, to make a very speedy escape instead...
Other Doctor Who titles publishing in 2015 include:
Doctor Who: Time Traveller’s Journal, 7th May, £8.99
Doctor Who: Heroes and Monsters Collection, 6th August, £6.99
Doctor Who: Time Lord Quiz Quest, 3rd September, £5.99
Doctor Who: Model-Building Book, 3rd September, £8.99
Doctor Who: The Ultimate Time and Space Collection, 3rd September, £32.99
Doctor Who Official Annual 2016, 1st October, £7.99
Doctor Who: The Colouring Book, 1st November, £9.99
Posted by Mr Ripley's Enchanted Books on September 28, 2015