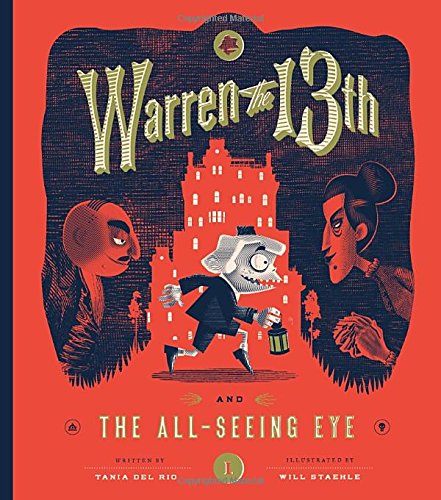 Tania Del Rio and Will Staehle - Warren the 13th and The All-Seeing Eye - Published by Quirk Books (November 24, 2015)
Meet Warren the 13th, a cursed 12-year-old Victorian bellhop who’s terribly unlucky . . . yet perpetually optimistic, hard-working, and curious. Orphan Warren’s pride and joy is his family’s hotel, but he’s been miserable ever since his evil Aunt Anaconda took over the management. Anaconda believes a mysterious treasure known as the All-Seeing Eye is hidden somewhere on the grounds, and she’ll do anything to find it. If Warren wants to preserve his family’s legacy, he’ll need to find the treasure first—if the hotel’s many strange and wacky guests don’t beat him to it! This middle-grade adventure features gorgeous two-color illustrations on every page and a lavish two-column Victorian design that will pull young readers into a spooky and delightful mystery. 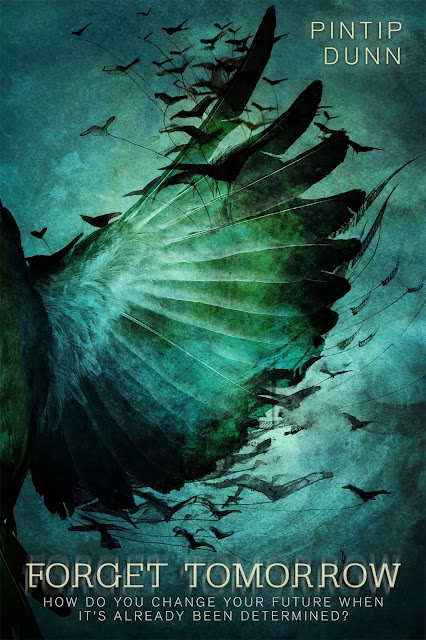 Pintip Dunn - Forget Tomorrow - Published by Entangled: Teen (November 3, 2015)
Imagine a world where your destiny has already been decided...by your futureself.
It's Callie's seventeenth birthday and, like everyone else, she's eagerly awaiting her vision-a memory sent back in time to sculpt each citizen into the person they're meant to be. A world-class swimmer. A renowned scientist.
Or in Callie's case, a criminal.
In her vision, she sees herself murdering her gifted younger sister. Before she can process what it means, Callie is arrested and placed in Limbo-a hellish prison for those destined to break the law. With the help of her childhood crush, Logan, a boy she hasn't spoken to in five years, she escapes.
But on the run from her future, as well as the government, Callie sets in motion a chain of events that she hopes will change her fate. If not, she must figure out how to protect her sister from the biggest threat of all-Callie, herself. 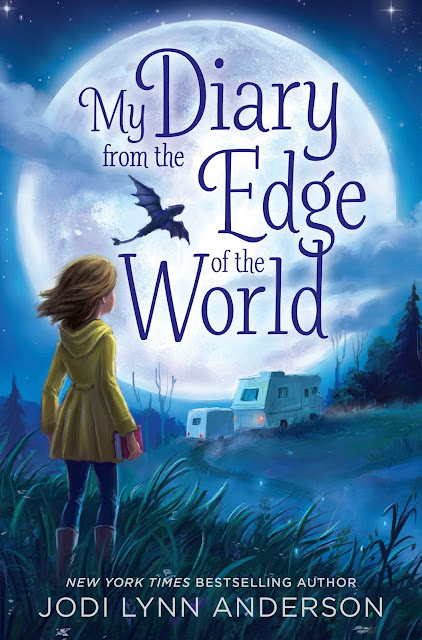 Jodi Lynn Anderson - My Diary from the Edge of the World - Published by Aladdin (November 3, 2015)
Told in diary form by an irresistible heroine, this playful and perceptive novel from the New York Times bestselling author of the May Bird trilogy sparkles with science, myth, magic, and the strange beauty of the everyday marvels we sometimes forget to notice.

Spirited, restless Gracie Lockwood has lived in Cliffden, Maine, her whole life. She’s a typical girl in an atypical world: one where sasquatches helped to win the Civil War, where dragons glide over Route 1 on their way south for the winter (sometimes burning down a T.J. Maxx or an Applebee’s along the way), where giants hide in caves near LA and mermaids hunt along the beaches, and where Dark Clouds come for people when they die.

To Gracie it’s all pretty ho-hum…until a Cloud comes looking for her little brother Sam, turning her small-town life upside down. Determined to protect Sam against all odds, her parents pack the family into a used Winnebago and set out on an epic search for a safe place that most people say doesn’t exist: The Extraordinary World. It’s rumored to lie at the ends of the earth, and no one has ever made it there and lived to tell the tale. To reach it, the Lockwoods will have to learn to believe in each other—and to trust that the world holds more possibilities than they’ve ever imagined. 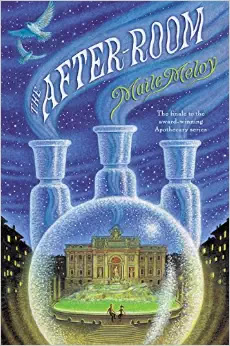 
It’s 1955, and Benjamin Burrows and Janie Scott are trying to live a safe, normal life in America. It’s not easy, when they have the power to prevent nuclear disaster, and sinister forces are circling. Soon the advice of a mysterious, unscrupulous magician propels Janie and Benjamin into danger, and toward the land of the dead.   Meanwhile, their friend Jin Lo washes up on a remote island where an American spy is stationed, and finds herself on the trail of a deadly threat in China. But she’s on the other side of the world—how can Janie and Benjamin reach her? The triumphant finale in the trilogy that began with Maile Meloy’s bestselling, critically acclaimed The Apothecary, and continued in its captivating sequel, The Apprentices, The After-Room is full of enchantment and heart, with Ian Schoenherr’s stunning illustrations throughout.