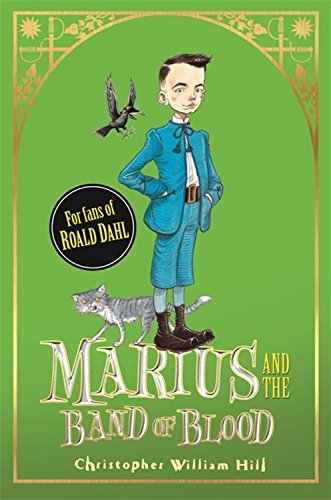 Christopher William Hill - Tales from Schwartzgarten: Marius and the Band of Blood - Published by Orchard Books (5 Nov. 2015)
Meet Marius Myerdorf, the newest recruit of Schwartzgarten's most secret of societies. His is a tale of adventure and abduction, friendship and fearlessness, as The Band of Blood race against time to unmask two of the foulest fiends in the history of the Great City. The deeds are DASTARDLY. The twists are TERRIFYING. And happy endings are NOT always guaranteed. If you prefer CLEAVERS to KITTENS and FIENDS to FAIRIES...then welcome to the gruesomely funny Tales from Schwartzgarten. 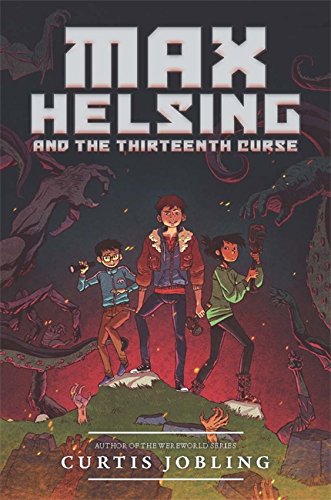 Curtis Jobling - Max Helsing and the Thirteenth Curse - Published by Viking (US Publication) (10 Nov. 2015)
Slaying.... and playing. All part of a day's work for Max Helsing.
Descended from a long line of monster hunters, Max Helsing does a pretty good job of being and eighth grader by day and keeping his town safe from demons, ghouls and the occasional mummy by night. That is, until he turns thriteen and discovers he's been cursed by an ancient vampire who wants him dead - at any cost. To save the world - and his life - Max must rely on his wise-cracking best friend, cantankerous monster, computer genius neighbour, and brand-new puppy. He'll need all their help and more to break the Thirteenth Curse! 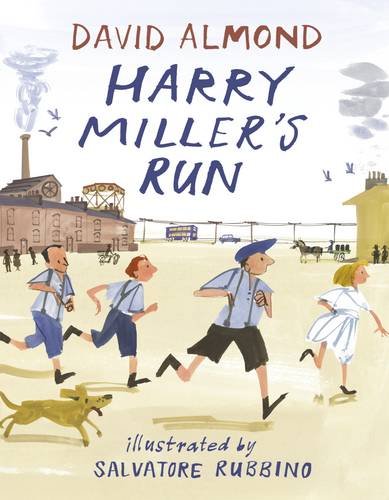 David Almond & Salvatore Rubbino - Harry Miller's Run - Published by Walker Books (5 Nov. 2015)
A joyful, uplifting story of times gone by from the internationally acclaimed author of Skellig, illustrated in full colour by the award-winning illustrator of A Walk in London. Liam just wants to go out running with his mates - it's not long till the Junior Great North Run, and there's training to be done. But Mam needs him today, to help old Harry clear out his house. Harry knows a thing or two about running. When he was a lad, he says, he ran all the way from Newcastle to South Shields. "But Harry," says Mam, "that's thirteen miles!" Harry grins. "Different times," he says. This is the story of that day: of sweltering heat, clattering boots, briny sea air and the heavenly taste of ice cream; the day when Harry and his pals ran and ran and ran through the blazing sunlight all the way to the sea. Jim Carrington - Boy 23 - Published by Bloomsbury Children's (19 Nov. 2015)
Boy 23 isn't in My Place any more. He can't see The Screen, he can't hear The Voice. Boy 23 is alone.
One dark night, Boy 23 is thrown in the back of the van and driven out of My Place - the only home he has ever known. He is abandoned in a forest with a rucksack containing the bare essentials for survival. Before the van drives away, a voice tells him he must run as far as he can. His life depends on it. Boy 23 has never known another human. Boy 23 has never even been outside. So who is he? Why do people want to kill him? And more to the point, who is the voice that wants to save him?
A hugely fast-paced dystopian page-turner which by the end will leave you in a state of shock. For fans of Chaos Walking and Charlie Brooker's Black Mirror.
By Mr Ripley's Enchanted Books on October 14, 2015