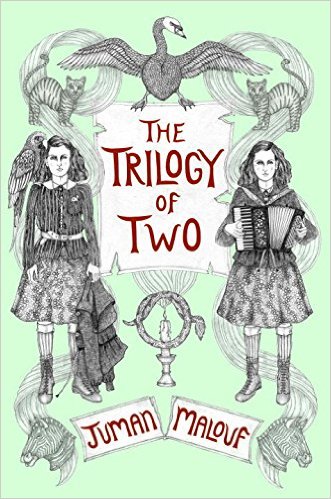 Juman Malouf - The Trilogy of Two - Published by G.P. Putnam's Sons Books for Young Readers (November 10, 2015)
Identical twins Sonja and Charlotte are musical prodigies with extraordinary powers. Born on All-Hallows-Eve, the girls could play music before they could walk. They were found one night by Tatty, the Tattooed Lady of the circus, in a pail on her doorstep with only a note and a heart-shaped locket. They’ve been with Tatty ever since, roaming the Outskirts in the circus caravans, moving from place to place.
But lately, curious things have started to happen when they play their instruments. During one of their performances, the girls accidentally levitate their entire audience, drawing too much unwanted attention. Soon, ominous Enforcers come after them, and Charlotte and Sonja must embark on a perilous journey through enchanted lands in hopes of unlocking the secrets of their mysterious past. 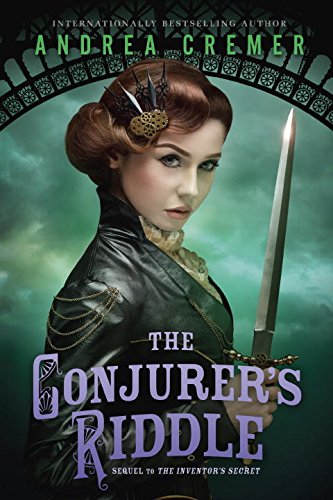 Andrea Cremer - The Conjurer's Riddle (The Inventor's Secret)  - Published by Philomel Books (November 3, 2015)
The Revolution is beginning–and Charlotte may be on the wrong side.In this sequel to The Inventor's Secret, Charlotte and her companions escape the British Empire, but they haven't left danger behind. In fact, if they go against the revolutionaries, they face even greater peril. Charlotte leads her group of exiles west, plunging into a wild world of shady merchants and surly rivermen on the way to New Orleans. But as Charlotte learns more about the revolution she has championed, she wonders if she's on the right side after all. Charlotte and her friends get to know the mystical New Orleans bayou and deep into the shadowy tunnels below the city–the den of criminals, assassins and pirates–Charlotte must decide if the revolution's goals justify their means, or if some things, like the lives of her friends, are too sacred to sacrifice.This alternate-history adventure series asks the questions: What would have happened if America had lost the Revolutionary War? And what would people be willing to do to finally taste freedom? 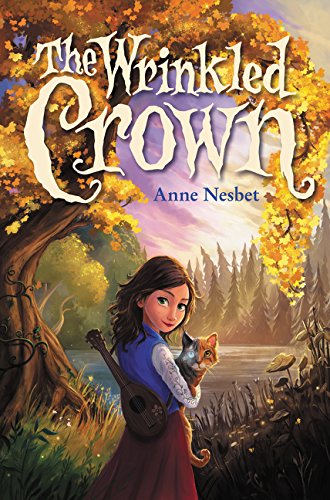 Fans of Anne Ursu will love Anne Nesbet's tale of music and friendship, set against an age-old war between magic and science.
In the enchanted village of Lourka, almost-twelve-year-old Linny breaks an ancient law. Girls are forbidden to so much as touch the town's namesake musical instrument before their twelfth birthday or risk being spirited away. But Linny can't resist the call to play a lourka, so she builds one herself.
When the punishment strikes her best friend instead, Linny must leave home to try to set things right. With her father's young apprentice, Elias, along for the journey, Linny travels from the magical wrinkled country to the scientific land of the Plain, where she finds herself at the center of a battle between the logical and the magical. 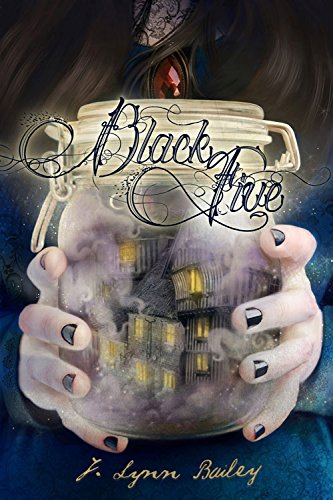 J. Lynn Bailey - Black Five (Black Blood Chronicles) - Published by Poorhouse Publishing (November 17, 2015)
Seventeen-year-old Penelope Jackson has a seemingly ordinary life until she learns of the bizarre and magical world surrounding her, a world that is nearing extinction because of one man, Vacavious . . . the same man who wants to destroy her. Penn’s adventure begins after a stranger’s death puts her on a collision course with the very person she has been sheltered from her entire life. No one is who they seem to be, including those closest to her.  As powerful forces await the fall of her protective veil on her 18th birthday, Penn prepares to fight against unseen evils before it’s too late. The world of Nighmeriantotte and its people depend on her survival, for she is Sanguine.
By Mr Ripley's Enchanted Books on October 09, 2015