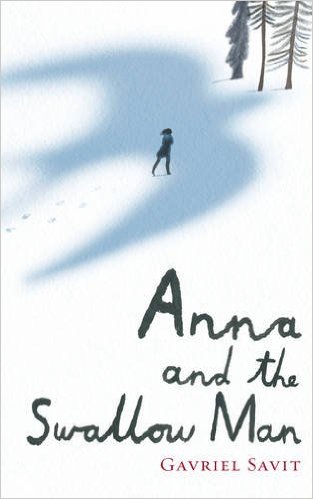 Anna and the Swallow Man is a beautiful and stunning read that will hit the worldwide bookshops in January 2016. This is a very creative debut from an actor normally found on stage at  the Westside Theatre Off-Broadway. In the author's personal time he likes to read many fantastic books including: Neil Gaiman’s 'Sandman' series, Yann Martel’s 'Life of Pi', Lev Grossman’s 'The Magicians' and Susanna Clarke’s 'Jonathan Strange and Mr. Norrell'. These books have inspired him to sit down and write a novel that will equally captivate any audience.

The story depicts an original and unique period within WW2. It captures the time brilliantly in war time Poland, Germany and Russia. In Kraków, 1939, it is no place for a young child to grow up; there are a million marching soldiers and a thousand barking dogs. Anna Lania is just seven years old when the Germans take her father and suddenly, she finds herself alone but then she meets the Swallow Man. He is mysterious, strange and tall. And like Anna's missing father, he has a gift for languages: Polish, Russian, German, Yiddish, even Bird. When he summons a bright, beautiful swallow down to his hand to stop her from crying, Anna is entranced. Over the course of their travels together, Anna and the Swallow Man dodge bombs, tame soldiers, and even, despite their better judgement, make a friend. But in a world gone mad, everything can prove dangerous . . .

The story mixes a lot of creative energy from fairytales, folktales and historical fiction. As a reader, you find yourself on a path of magical realism which will subdue you through some very powerful emotions. The story takes a very odd point of view which might take some readers by surprise. Written with unconventional characters, Anna is still working out how the world really works. This takes on a naivety that is born out of age and experience, which will have an affect on many different readers. The main audience is young adult/adult, but I would happily recommend it to eleven year olds and older rather than younger.

The swallow man is a very unconventional character like no other that I can recall in a story of this genre. He is very mysterious and interchangeable like his moods and personality. He gives nothing away which really makes the ending of the book difficult to finish. I really wanted a more dramatic and bold end to than it had. In my opinion, this was a slight downfall, but it was still very enjoyable.

This is not an easy book to sum up. It's very unusual but the language is very poetic just like the characters lives. There is a fluent transition between a fantastic plot and limited dialogue which I actually liked. It is an engaging and realistic depiction of wartime countries. The action and the narrative have been brilliantly written within 232 pages. It creeps slowly into your heart just like Morris Gleitzman, Once and The Boy in the Striped Pyjamas did. It will carry you on the wind of reflection and hopefully onto the path of freedom and peace. 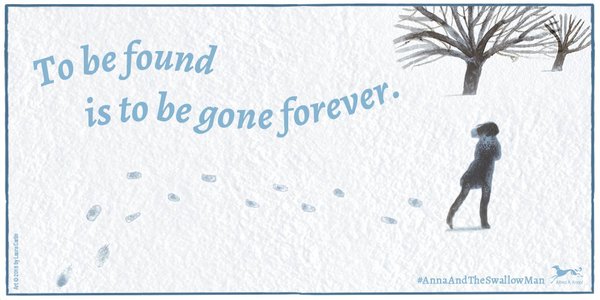