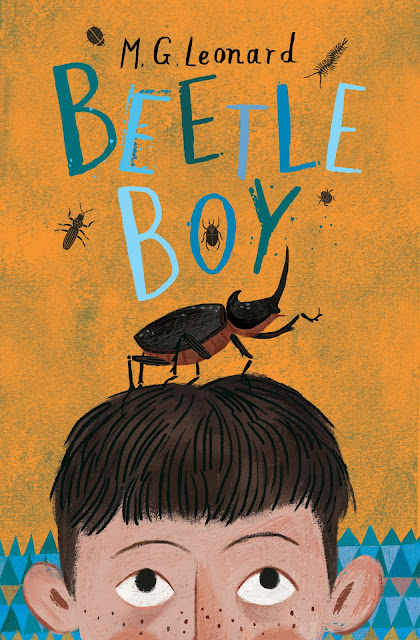 Mr Ripley's book cover wars final has now come to an end. After four exciting heats, we now have a fantastic winner.......

As usual I would like to thank the many people who have supported the book cover wars. I hope that you too have had as much fun as I have - either as an observer or a contender.

Altogether 1,550 votes were cast over five weeks, which just highlights the interest that this competition generates. In the final there were 690 votes in total, amazing. Thank you all once again.

Without further ado I'd like to award the title of 'Mr Ripley's Book Cover Wars - Book Cover of the year 2015/15' to . . . . . . .  M. G. Leonard - 'Beetle Boy' illustrated by Juila Sarda
book cover will be placed in the Ripley's Hall of Fame where it will accompany the following past winners:

2011/12 - Curtis Jobling ''Werewolf:Shadow of the Hawk' illustrated by Andrew Farley
2012/13 - Thomas Taylor - 'Haunters' illustrated by Steve Wells
2013/14 - Niel Bushnell - 'Timesmith' - illustrated by James Fraser
2014/15  - M. G. Harris/Gerry Anderson's - 'Gemini Force One' Black Horizon by Blacksheep.
The winner of the Asterix and the Missing Scroll by Jean-Yves Ferri
competition is...... Gordon Askew congratulations to you - please get in touch with your postal details.