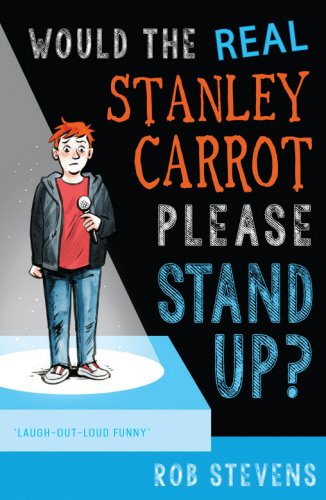 I've had so much pleasure reading books for this age group this year. In fact, I've found it really difficult to leave out so many good books, but I've done my best to pick a selection of books. These are, in my eyes, the best 10 books that shone with fantasy magic and fairy dust during 2015. These are the first five of my favourite reads, can you guess which other books will be in the second post? Have a great festive time everybody!

Rob Stevens - Would the Real Stanley Carrot Please Stand Up? Published by Andersen Press (5 Feb. 2015)
Stanley ‘Carrot’ Harris is ginger, tubby and definitely not cool. And he has a secret: he’s adopted, and this makes him feel like he’s never quite fitted in.
On his thirteenth birthday, he receives the one thing he’s been waiting his whole life for: a card from his long-lost birth mother, asking to meet up. But Stanley isn’t sure: what if he’s a big disappointment to her? So he hatches a plan – and he’s going to need a stand-in Stanley, someone who is handsome, sporty and God’s Gift to Mothers.
What Stanley doesn’t realise is he’s about to have the most confusing time of his life . . . just who is the real Stanley Carrot? 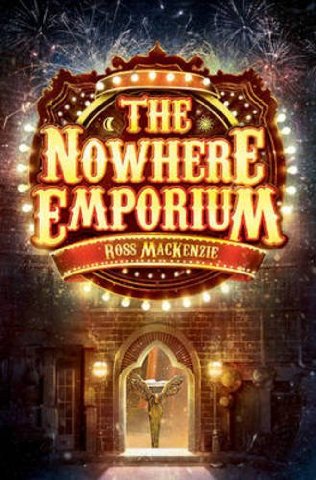 Ross MacKenzie - The Nowhere Emporium - Published by Kelpies (2 Mar. 2015)
When the mysterious Nowhere Emporium arrives in Glasgow, orphan Daniel Holmes stumbles upon it quite by accident. Before long, the 'shop from nowhere' -- and its owner, Mr Silver -- draw Daniel into a breathtaking world of magic and enchantment. Recruited as Mr Silver's apprentice, Daniel learns the secrets of the Emporium's vast labyrinth of passageways and rooms -- rooms that contain wonders beyond anything Daniel has ever imagined. But when Mr Silver disappears, and a shadow from the past threatens everything, the Emporium and all its wonders begin to crumble. Can Daniel save his home, and his new friends, before the Nowhere Emporium is destroyed forever? 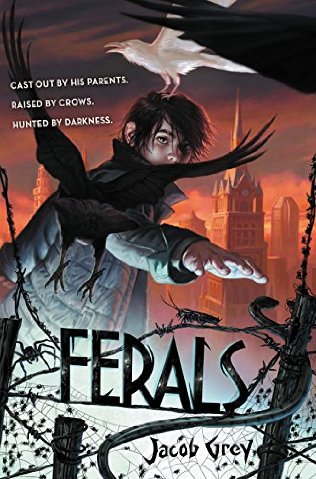 In a city ravaged by crime and corruption, 13-year-old orphan Caw’s only friends are the murder of crows he has lived with since his parents flung him from their house aged only five… Caw lives in a treehouse in an abandoned city park, surviving on scraps of food and only communicating with his three crows. But a jailbreak at the prison forces him into contact with other humans – particularly a girl called Lydia, who is attacked by the escaped prisoners and is saved by Caw. Caw realises that these escaped prisoners have more in common with him than he’d like… they too are FERALS – humans able to communicate with and control an animal species. And they want to bring their evil Feral master, The Spinning Man, back from the Land of the Dead. Only by joining forces with other good Ferals hiding throughout the city can Caw stand a chance of defeating them. 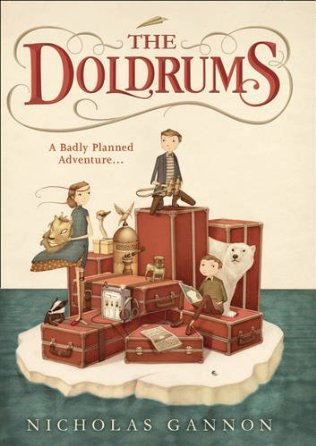 Archer B. Helmsley longs for adventure. But how can he have an adventure when he can’t even leave his house?
Archer B. Helmsley has grown up in a house full of oddities and treasures collected by his grandparents, the famous explorers. Archer longs for grand adventures but ever since his grandparents went missing on an iceberg, his mother barely lets him leave the house. So, along with his best friends, Adélaïde L. Belmont and Oliver Grub, Archer forms a plan to get out of the house and set off on a grand adventure with crocodiles and parachutes and danger. It's a good plan. Well, it's not bad, anyway. But nothing goes quite as they expected… 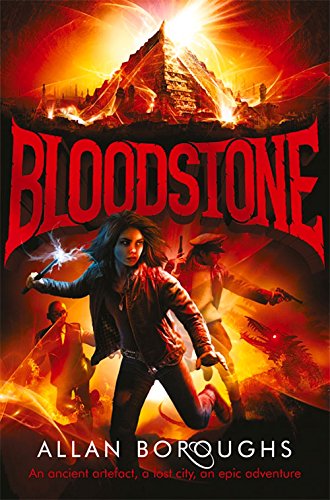 Allan Boroughs - Bloodstone (Legend of Ironheart) - Published by Macmillan Children's Books (1 Jan.2015)
Apprenticed to notorious tech-hunter Verity Brown, India Bentley has spent the last year travelling the globe, finding and selling long-lost technology and doing her best to stay out of trouble. Unfortunately, trouble has a habit of finding her. Accused of an assassination attempt and thrown in jail, India is rescued by scientist-adventurer Professor Moon: a man obsessed with finding the Bloodstone; key to a source of unlimited energy hidden in the lost city of Atlantis. Now Moon wants India and Verity to join his quest.


Pursued by gangsters, lumbered with a stowaway and haunted by the ghosts of her past, India must risk everything to uncover Atlantis's secrets. But the truth comes at a price.
By Mr Ripley's Enchanted Books on December 16, 2015