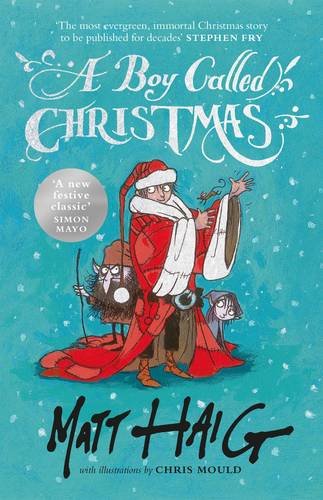 Matt Haig and Chris Mould: A BOY CALLED CHRISTMAS tells the story of the early years of the world's most beloved hero. It is a gripping adventure set in eighteenth century Finland full of elves, reindeer, kidnapping and an eleven-year-old boy called Nikolas who isn't afraid to believe in magic.

'Father Christmas is the original super-hero. And Matt Haig, master of big hearted story-telling, is the perfect writer to bring his early years to life. In the utterly brilliant Chris Mould, Matt has found the perfect creative partner. I can see this book lighting up so many faces young and old this Christmas, and for many Christmases to come. 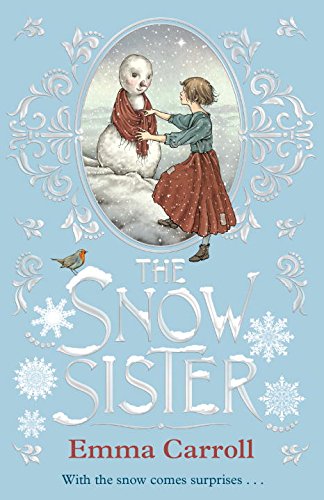 EMMA CARROLL: THE SNOW SISTER, Ever since her sister, Agnes, died, Pearl has a tradition every time it snows. She makes a person out of snow. A snow sister. It makes Christmas feel a little less lonely.
On Christmas Eve, her father receives a letter about a long-lost relative's will. Is their luck about to change? In anticipation of a better Christmas, Pearl goes to beg credit at Mr Noble's grocery to get ingredients for a Christmas pudding. But she is refused, and chased down the street where she is hit by a hansom cab. The snow is falling so hard that they can't take her home. She'll have to stay at Flintfield Manor overnight, in a haunted room... Will Pearl make it home for Christmas? 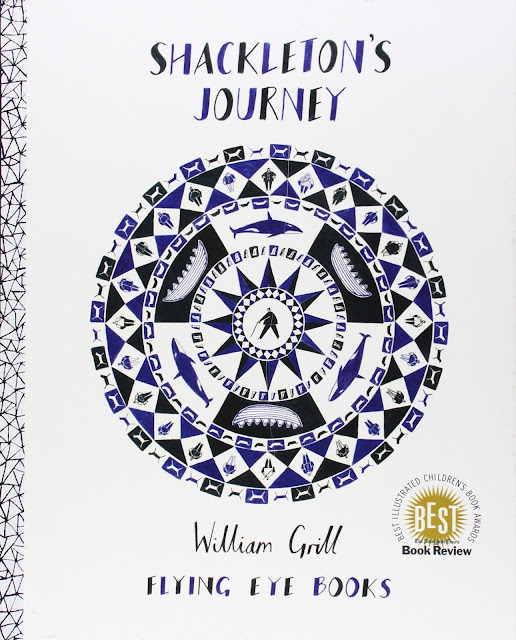 William Grill: Shackleton's Journey, To celebrate Ernest Shackleton’s departure on “Endurance” across the Antarctic, star illustrator William Grill brings us a detailed visual narrative of this extraordinary and historical expedition.
Grill’s beautiful use of coloured pencils and vibrant hues place him somewhere on the artistic spectrum between Raymond Briggs and David Hockney, and his fastidious cataloguing of every single detail of the expedition is nothing short of a Blackstock collection. 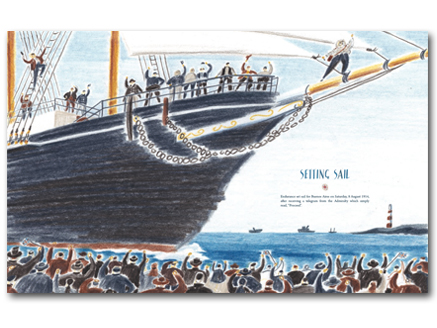 Grill evokes the atmosphere and intrepid excitement that would have surrounded the expedition with his impeccably researched and detailed drawings. Children will love examining the exploded diagrams of the peculiar provision taken or the individual drawings of the sled dogs or pack horses. This book takes the academic and historical information surrounding the expedition and teams it with powerful illustration for all readers to enjoy. 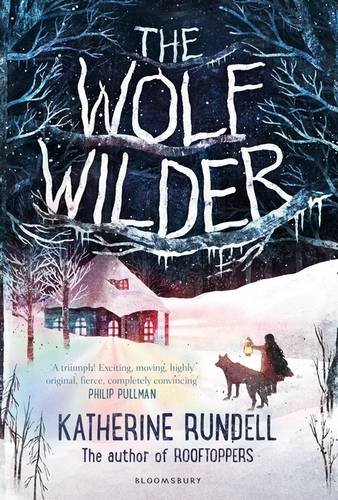 Katherine Rundell: The Wolf Wilder, Feodora and her mother live in the snowbound woods of Russia, in a house full of food and fireplaces. Ten minutes away, in a ruined chapel, lives a pack of wolves. Feodora's mother is a wolf wilder, and Feo is a wolf wilder in training. A wolf wilder is the opposite of an animal tamer: it is a person who teaches tamed animals to fend for themselves, and to fight and to run, and to be wary of humans. When the murderous hostility of the Russian Army threatens her very existence, Feo is left with no option but to go on the run. What follows is a story of revolution and adventure, about standing up for the things you love and fighting back. And, of course, wolves. 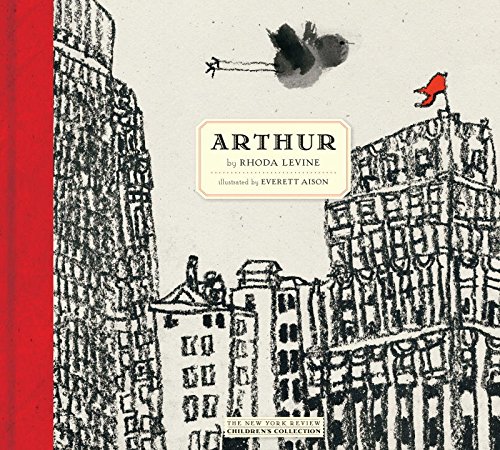 Rhoda Levine And Everett Aison: Arthur is a wonderful holiday story about a small bird named Arthur, who lives in New York City.After a fine, green summer in Central Park, all the birds are preparing to fly south. Except for Arthur, that is. Arthur is off playing, gazing into a lake, dreaming of wider seas. And so Arthur is left behind. It begins to get cold. The trees are losing their leaves. Arthur feels uneasy and lonely, especially after his nest is scattered to the winds. Arthur must find a new home, and after he does—he settles down in a statue’s open book—he discovers a new city, where he can play hide-and-seek in the steam from a manhole cover and feast with the pigeons on crumbs, and which soon brings other delightful surprises (and challenges): icicles, a great big sweet-smelling evergreen tree that is all lit up with people gathered around it to sing “Gloria” in the cold night, and snow—a whole winter wonderland! And then the trees begin to bud; the birds come back....
By Mr Ripley's Enchanted Books on December 01, 2015