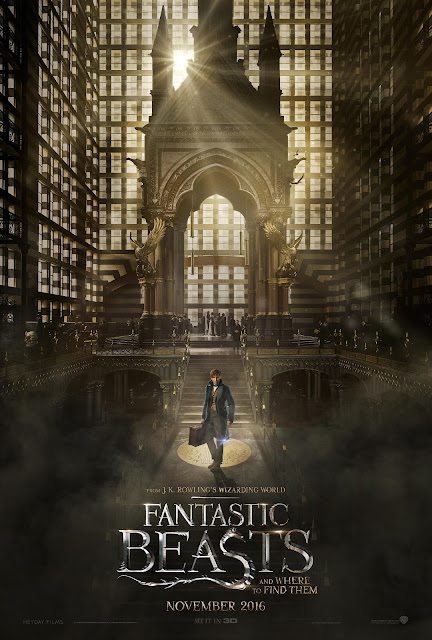 More magic and more monsters! A brand new Fantastic Beasts and Where to Find Them trailer debuted at San Diego Comic-Con on Saturday, July 23, sending Muggles everywhere into a frenzy.


After Potterheads were instructed to point their wands at the screen onstage, the Fantastic Beasts trailer began to play. The trailer starts with Colin Farrell, who plays Author Percival Graces, investigating the sudden arrival of several dangerous creatures in New York in the mid-1920s.
As fans know, and as is later revealed in the trailer, the so-called “fantastic beasts” escaped from a magical briefcase owned by none other than Newt (Redmayne). Although several promos for the upcoming movie have previously been released, the Comic-Con video gives viewers a first look at the beasts themselves.

Warner Bros. Pictures’ Fantastic Beasts and Where to Find Them

will take moviegoers back to the Wizarding World – a place they haven’t visited in five years, since Harry Potter and the Death Hallows – Part 2 hit theaters in 2011. The film takes place several decades before Harry Potter’s story (in 1920s New York, to be exact), but won’t serve as a prequel to the grand saga of The Boy Who Lived. Rather, Fantastic Beasts will follow the adventures of Newt Scamander (Oscar-winner Eddie Redmayne), the magizoologist who devoted his life to studying the magical creatures of the world and eventually wrote the eponymous wizard encyclopaedia, based on his findings.
Posted by Mr Ripley's Enchanted Books on July 25, 2016