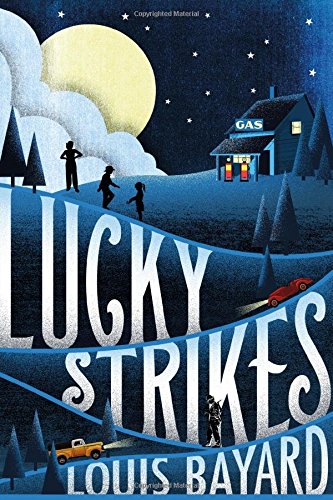 Louis Bayard - Lucky Strikes - Published by Henry Holt and Co. (July 5, 2016)
With her mama recently dead and her pa sight unseen since birth, Amelia is suddenly in charge of her younger brother and sister―and of the family gas station. Harley Blevins, local king and emperor of Standard Oil, is in hot pursuit to clinch his fuel monopoly. To keep him at bay and keep her family out of foster care, Melia must come up with a father―and fast. And so when a hobo rolls out of a passing truck, Melia grabs opportunity by its beard. Can she hold off the hounds till she comes of age? 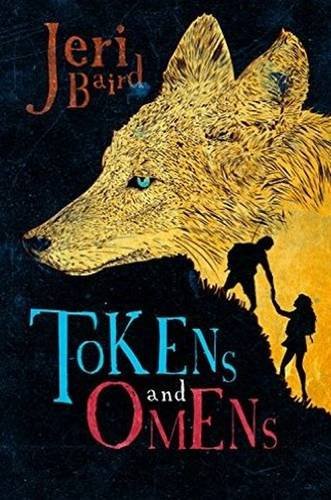 Jeri Baird - Tokens and Omens - Published by Jolly Fish Press (July 19, 2016)
In Puck's Gulch, sixteen-year-olds undergo a dangerous trial known as the Quest. During a time of magic, Fate hands out tokens and omens based on their behavior. Zander trusts Fate. Alexa only trusts herself. Now, Fate has given them each a special gift—Zander sees secrets he doesn’t want, and Alexa's thrilled to find she can control events through her embroidery scenes. After Zander and Alexa each earn a omen that makes surviving the quest nearly impossible, they must break the rules and challenge Fate together. If they don't, one will die. And Fate has made it clear—she won't be cheated. 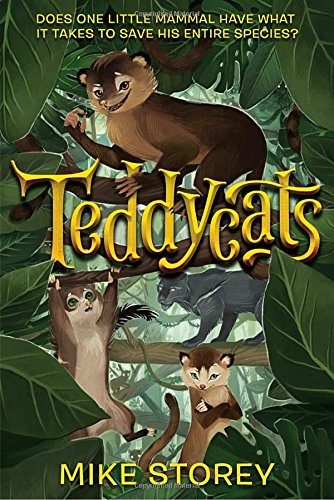 Mike Storey - Teddycats - Published by Razorbill (July 12, 2016)
Bill is a young Teddycat, which means he’s one of the most special--and mysterious--animals in the jungle. Teddycats can climb higher than any other mammal around. And because the Teddycats can climb so high, they get to live way up in the highest branches of the tallest trees, in a well-hidden and protected place called Cloud Kingdom.There are a lot of perks to Teddycat life, but there’s also a lot of responsibility--and rules--that come with it. Here are some things that Teddycats CANNOT do:   • Use their super-strong, razor-sharp claws for anything except climbing or life-or-death situations    • Reveal their existence or the location of Cloud Kingdom to humans and other predators   And the number one thing that Teddycats can definitely, no matter what, NEVER do:   • Bring outsiders into Cloud Kingdom

That last rule is the most serious one of all. Unfortunately, it’s also the rule that Bill breaks one fateful day, when he brings his buddy Luke, an Olingo, up into Cloud Kingdom. All of a sudden, predators are circling, the ground beneath Cloud Kingdom is littered with human traps, and the Teddycat sanctuary is under attack. Their secret has been exposed, and Bill’s in danger of being banished for his crime.             When a baby Teddycat is trapped and taken by a potentially vicious human, Bill knows he has to make things right. Along with a brave but ragtag team of comrades, he sets out into the jungle, determined to fight for the future of his species. 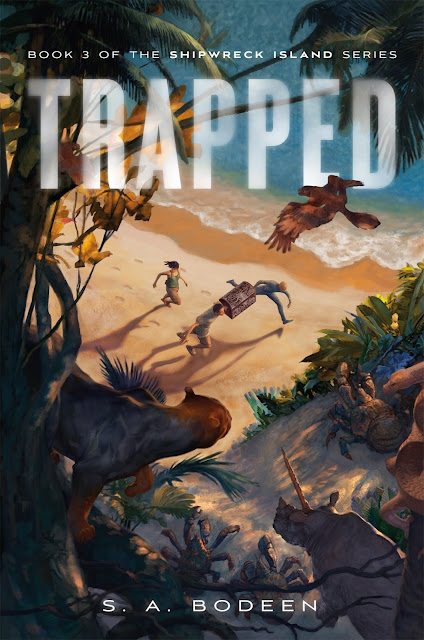 S . A . Bodeen - Trapped (Shipwreck Island) - Published by Feiwel & Friends (July 26, 2016)
Sarah Robinson and her family are shipwrecked on a remote and mysterious island. Their food is scarce and there's no sign of rescue. They have seen strange creatures, rescued a mysterious girl, and found the Curator, who has captured Sarah's father and stepbrother to use in a bizarre time travel experiment. And then the only man who knows about the island comes back―he's looking for buried treasure and won't leave without it, even if it means leaving the Robinsons stranded. Sarah knows an important key to finding the treasure, but will she keep it a secret?
Trapped is the thrilling third installment of the middle-grade Shipwreck Island series by S.A. Bodeen, full of mystery and unexpected twists and turns.