David Jowsey - Shattered Truths: An'Tsari Trilogy No. 2: The Past Holds a Secret 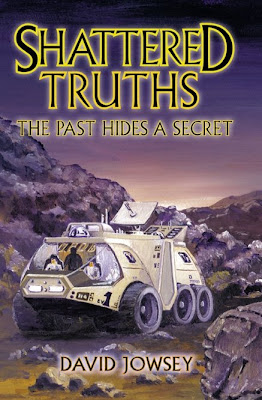 I am always looking to promote small, up and coming books. It's so hard to get noticed when there are so many good books available. I remember reading "Dragons in the Sky" (book one) by David back in 2006 and really enjoyed the story. It was particularly gripping with different layers to develop different levels of thinking. Now his second book is due out in June, so I thought i'd bring this news to your attention.

Words from the author.

My name is David Jowsey and I am a teacher from Middlesbrough, England. I published a successful children's novel in 2006 and this email is to advertise the release of the forthcoming sequel. I am attempting to achieve as much global interest as possible, and would like to ask you to help me in doing this.

Shattered Truths is written for gifted and talented readers within primary schools, and readers aged 14 and upwards within secondary schools, but both books are not limited only to school age children. Adults of all ages read my first book, enjoyed it, and are eagerly awaiting the release of the sequel....

If you would like to know more or order the book please check out the author's web page www.davidjowsey.com
Posted by Mr Ripley's Enchanted Books on May 28, 2009

Email ThisBlogThis!Share to TwitterShare to FacebookShare to Pinterest
Labels: paperback, SCI-FI, self published