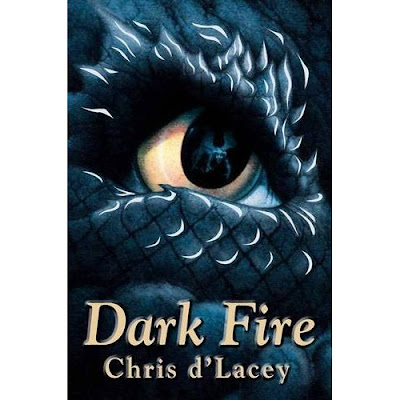 This is some of the best Hardbacks to be released in the month of July. Next post will look at U.S book releases from May-July 2009.

Barnaby Grimes is a tick-tock lad, high-stacking his way across the rooftops of his city in search of adventure and mystery. In each tale, he encounters a supernatural force and must battle the horrors that await him. In the fiercely competitive world of early photography, the rewards are immense but so are the risks. After an experiment goes disastrously wrong, Barnaby finds himself on the trail of a mad chemist with a talent for disappearing into thin air...

Daniel X has his work cut out for him. A teenage alien hunter, he has a deadly list of evil predators to eliminate and while he's made it all look easy so far, much darker days await him. Next on his list is number five, an unsightly and terrifying alien who is watching Daniel as intently as Daniel has been tracking him. Number Five kills for thrills but not just for his own. He is operating a sinister entertainment network and innocent people are unknowingly the stars of the show. But while Number Five may have managed to brainwash the public, is he cunning enough to outwit the alien hunter? As the two seek to destroy one another, who will be the ultimate winner? And will Daniel X live to see who is next on his list?


With the Earth on the brink of recolonisation by dragons, David Rain is sent on an important mission: to seek out and destroy a trace of dark fire, the deadliest force in the universe. But with success could come a terrible price, the sacrifice of a beloved clay dragon. How much does the life of one small dragon count, when the alternative is the birth of a darkling...?

Daniel Finn - Two Good Thieves - Macmillan Children's Books 3 July 2009
(Ripley's Recommended Read)
In the searing heat of an unnamed South American city, a gang of child-thieves runs wild. Demi has the gift of speed - he can pick a pocket and be gone before his victim has even noticed he was there. Baz is his lookout - no one sees her unless she wants them to. It's like a game: dodging the law, keeping one step ahead, being the fastest, the cleverest, the best. But one day, almost by accident, they steal a dazzling, beautiful, priceless jewel - and make a very dangerous enemy. Suddenly they're sucked into a world where children's lives are worthless, where the rich and powerful are just adults who steal on a much grander scale, and where secrets are traded like gold. Their only hope is to make a brave bid for freedom - to head upcountry, away from the unrelenting heat, the dried-up river, the only home they've ever known. When good and bad are meaningless, two child thieves become the beating moral heart of an unputdownable thriller.

Linda Buckley-Archer - Time Quake (Gideon) Simon & Schuster Children's 6 July 2009
(Book three in the enjoyable time travel books)
The catastrophic consequences of time travel are now impossible to ignore. Lord Luxon has set his sights on the ultimate prize: America, while, abducted to 1763, Peter and Kate begin to understand that history has arrived at a tipping point. Transformed into an oracle, Kate is able to see the future as easily as the past. Gideon does all he can to help, but he is tormented by the knowledge that The Tar Man, his nemesis, is also his brother. As they pursue him through the dark streets of eighteenth-century London, and the time quakes begin, Peter realises that this monster may hold the fate of us all in his hands.

1910. A cabin north of the Arctic Circle. Fifteen-year-old Sig Andersson is alone. Alone, except for the corpse of his father, who died earlier that day after falling through a weak spot on the ice-covered lake. His sister, Anna, and step-mother, Nadya, have gone to the local town for help. Then comes a knock at the door. It's a man, the flash of a revolver's butt at his hip, and a mean glare in his eyes. Sig has never seen him before but Wolff claims to have unfinished business with his father. As Sig gradually learns the awful truth about Wolff's connection to his father, Sig finds his thoughts drawn to a certain box hidden on a shelf in the storeroom, in which lies his father's prized possession - a revolver. When Anna returns alone, and Wolff begins to close in, Sigs choice is pulled into sharp focus. Should he use the gun, or not?
Posted by Mr Ripley's Enchanted Books on May 07, 2009