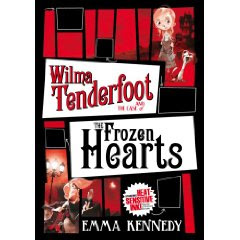 It's a busy old month for July. I have picked some of the best U.K Paperback books to be published over the summer month of July.
I will also follow up this post with the more interesting hardback releases. I will also cover some of the best ones to be released in the U.S.

It's the summer holidays, and Eddie finds himself strangely drawn to the famous caves at Wookey Hole. He makes friends with the ticket seller there, and before long is allowed to roam wherever he wants. He loves it . . . until the day he gets lost. Just as panic sets in, his hand is taken by a strange girl, about his own age, who guides him to the surface. Gwerren is weird. She's extraordinarily pale with huge violet eyes and white hair - what's more, she won't come out of the caves. As she and Eddie become friends he starts to wonder if she's a ghost. Then Eddie nearly dies in a pothole - and discovers not only the truth, but life where nobody thought it could be . . . A thrilling new novel from the author of the popular 'Shapeshifter' series.

Franny is upset. Her grandfather is very ill and she realises that he will soon die. She begs her friend Mrs May to give her something to make him better. Mrs May gives her a potion with the warning that Grandfather must not drink too much. The effect is startling. Grandfather becomes much younger and more vigorous with each sip. Of course, he pays no heed to Mrs May's warning until the process of getting younger becomes a little too extreme! He and Fanny are faced with the dilemma: is this really how life should end?

One year of training in samurai school and Jack is in real trouble . . . He’s busy preparing for the Circle of Three, an ancient ritual that tests courage, skill and spirit to the limit. And, at the same time, Jack is caught in a running battle with fellow student Kazuki and his gang. But these are the least of Jack’s problems. He knows his deadly rival – the ninja Dragon Eye – could strike at any moment. Jack possesses the very thing he will kill for. Can Jack master the Way of the Sword in time to survive a fight to the death?

St Vladimir's Academy isn't just any boarding school - hidden away, it's a place where vampires are educated in the ways of magic and half-human teens train to protect them. Rose Hathaway is a Dhampir, a bodyguard for her best friend Lissa, a Moroi Vampire Princess. They've been on the run, but now they're being dragged back to St Vladimir's where the girls must survive a world of forbidden romances, a ruthless social scene and terrifying night time rituals. But most of all, staying alive.

Max is an ordinary north London schoolboy by day, but at night he performs sell-out public shows as an escapologist - nicknamed The Half-Pint Houdini by the tabloid press. His father, Alexander, was also a world-renowned escapologist, who disappeared two years earlier in the Central American state of Santo Domingo. His body was never found, but Max's mother, Helen, was convicted of murdering her husband by a Santo Domingan court. One evening, after his show, Max receives a visit from a mysterious man from Santo Domingo - Lopez-Vega tells Max that his mother's trial was rigged and, if Max comes to his hotel room the following night, he has something to give him.When Max goes to the hotel, he finds Lopez-Vega dead, shot through the head. The room has clearly been searched by the killer, but what was he looking for? By chance, Max finds a piece of paper hidden under Lopez-Vega's wig. Written on the paper is a sequence of eight numbers - 83521113. What do the numbers mean? Are they a code, or maybe the combination for a lock or a safe? Could they be the key to unlocking the mystery of his father's disappearance and getting his mother out of prison?

Shabti wakes in a barley field with nothing but a hoe in his hand and a head full of fragmented memories. A vicious master torments his days, working in the fields with no way of escape, until a hole suspended in mid-air, leads him to a room. Two shiny gold eyes glitter back at him. Questions. Who is he? And to where does this room lead?

Amy arrives in Egypt to join her archaeologist father on an excavation. All around her tombs are unearthed, opened, entered. Left to her own devices, Amy discovers a rock. But not just any rock. A great tawny cat stares back at her from its smooth surface, its shiny gold eyes glittering. Questions. Where did it come from? And what should she do now?

When past, present and future collide, it's clear that some things are best left buried ...

(One to look out for and a great book cover)

Somewhere between France and England there is an island that no one has ever bothered to discover. On it, lives Wilma Tenderfoot, a determined ten-year old girl who dreams of one day becoming a World-Famous Detective. So she can't help thinking it's destiny when, dispatched from the Institute for Woeful Children to her new home as a live-in skivvy, she discovers that the genius gentleman detective Theodore P. Goodman lives next door. A ten-year-old girl of great determination (and her pet beagle, Pickle) and a World-Famous Detective of great repute might not be the most obvious crime-solving duo - but Wilma Tenderfoot is not about to let that put either of them off! And it looks like their first dastardly case is about to begin ...Feisty but funny, cheeky but charming - Wilma Tenderfoot and her unique mystery-solving methodology is hard to resist!

Fourteen years ago, scientist William Fox implanted four babies with the Medusa gene - a gene for psychic abilities. But Fox died and the babies were hidden away for years. Now the children are teenagers - and unaware that their psychic powers are about to kick in. Cocky, charismatic Nico thinks his emerging telekinetic abilities will bring him money, power and the girl of his dreams. He's about to find out just how wrong he is...

In search of a potion for her dying mother, Clary sneaks into the City of Glass and is immediately caught up in a life-and-death battle. As the children of the Moon (werewolves), Night (vampires), and Faerie gather for a war that will rend the heavens, Clary calls upon her untrained powers to control an angel who will save or destroy them all. Readers should be familiar with the first two installments in the Mortal Instruments series, but there is nevertheless plenty of romance, loss, honor, and betrayal to make the journey worthwhile. An experienced storyteller, Clare moves the plot quickly to a satisfying end.

Thanks very much for reading!
By Mr Ripley's Enchanted Books on May 06, 2009