More Books For The Busy Month Of July 2009 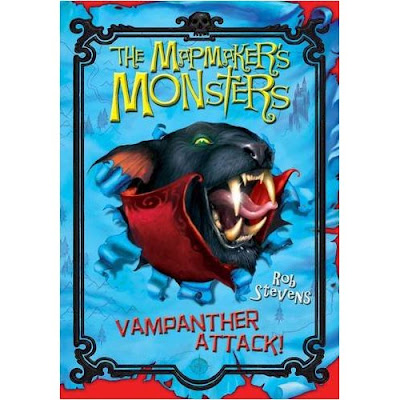 Mr Ripley has some more great books to bring to your attention for the busy month of July. Also Some recommended U.S titles for May to get your teeth stuck into.

Orphan Ray has been separated from his sister. The only clue to finding her is a lodestone, left to him by his father before he vanished. The lodestone tugs Ray towards a train bursting with astounding characters. Soon Ray is hurtling across the Wild West, joining in as they perform their enthralling medicine show. But something dark is following the train. Something that wants to steal people's souls. How long before Ray realizes it? And can he and his new friends do anything to stop it?

It's the beginning of the 20th century; the age of scientific progress. But for Venice the future looks bleak. A conference of scientists assembles to address the problems, among whose delegates are the parents of eleven-year-old Teodora. Within days of her arrival, she is subsumed into the secret life of Venice: a world in which salty-tongued mermaids run subversive printing presses, ghosts good and bad patrol the streets and librarians turn fluidly into cats. A battle against forces determined to destroy the city once and for all quickly ensues. Only Teo, the undrowned child who survived a tragic accident as a baby, can go 'between-the-linings' to subvert evil and restore order.

In their next hilarious adventure, Hugo and Savage travel to the unchartered mountains of deepest Transylvania, where nothing is as it seems. With a fortune telling cat, an anxious wolf-man and some seriously angry rabbits to deal with, can Hugo rescue Uncle Walter from the clutches of the evil vampanther lord before it's too late?


Picture book recommendation from a great team must check this out.

Trolls are supposed to lurk under bridges, ready to eat billy goats, and pirates should always dig where 'X marks the spot. But what happens when goats are hard to come by, map reading skills aren't up to scratch and everybody has rumbling tummies? This is a rib-tickling tale, brilliantly woven together by a winning picture book team.


In the dazzling conclusion to the epic story of Atherton, Patrick Carman takes readers on the most rewarding journey of all, to the perilous realm of The Dark Planet: Earth.

When Edgar discovers a way to leave the mysterious satellite world of Atherton, he couldn't have imagined the gloom that awaited him on the dark planet, where the oceans are toxic, the forests are full of mutant monsters, and children toil in darkness, controlled by ruthless maniacs. Max Harding, an orphan of the Silo, the maker of Atherton, and the last hope of a dying world, left this place behind, and now Edgar is determined to complete the mad scientist's spectacular plan, revealing Atherton's true purpose.


By It's been three months since everyone under the age of fifteen became trapped in the bubble known as the FAYZ.

Three months since all the adults disappeared.

Food ran out weeks ago. Everyone is starving, but no one wants to figure out a solution. And each day, more and more kids are evolving, developing supernatural abilities that set them apart from the kids without powers.

Tension rises and chaos is descending upon the town. It's the normal kids against the mutants. Each kid is out for himself, and even the good ones turn murderous.

But a larger problem looms. The Darkness, a sinister creature that has lived buried deep in the hills, begins calling to some of the teens in the FAYZ. Calling to them, guiding them, manipulating them.

The Darkness has awakened. And it is hungry.

And please email us if you have anything you would like to see on this blog or just pass on some information.
Posted by Mr Ripley's Enchanted Books on May 20, 2009