Books out in August 2009 Paperback 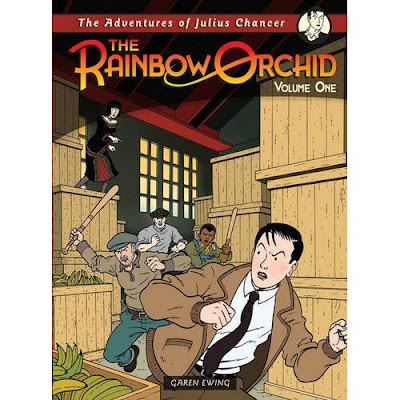 I have found quite a good mix of books to be released in the summer month of August; some great gems for every one to read.

WOLVEN is a fantasy firmly rooted in the mysterious present. A boy and his eccentric grandparents live near a strange wood - apparently cursed. He longs for a dog - but the dirty ungainly farm creature finally found by his grandfather hardly fits his image of the perfect pet. And it howls in the night. But it's only when his dog starts to grow human ears that he realises that something is seriously wrong. The truth is stranger than his wildest dreams -the boy who appears, alarmingly unpredictably, is a kind of special werewolf in reverse. A noble, almost heraldic breed of WOLVEN - the kings own werewolves from ancient times, who have been in hiding until rediscovered by evil government scientists who are trying to breed werewolves as weapons.

Steve Feasey - Changeling:Dark Moon - Published by Macmillan Children's Books 7 Aug 2009 ( I have had the pleasure to read an early manuscript copy of this book, which reads really well.)

Fourteen-year-old werewolf Trey is getting more powerful by the day. But can he control his powers - or will they bite back? Trey is sent on a dangerous mission to Iceland, where he must infiltrate the evil empire of the vampire Caliban. Trey's abilities are tested to the max, challenged by a rage he cannot regulate and a dark angel with looks that kill. Lucien Charon, Trey's mentor, lies in a coma in London, Trey is his only hope for survival. But the Netherworld is intent on destruction and Trey's about to face his nemesis...

In the city of Agora, anything can be bought and sold. Even children are possessions until their twelfth birthday. Mark has been sold by his father, and Lily, an orphan from birth, has bartered for her life. Thrown together by chance, in the ancient tower of Count Stelli, they face an existence of poverty and servitude, unless they can find a way to break free. But, unbeknown to Mark and Lily, they are being watched by the ruler of the city. Can they survive the traps and treachery that await them and discover the dark secret that binds them together? Their lives depend on this question: what is the Midnight Charter?


Philip Caveney - Alec Delvin: Empire of the Skull - Published by Red Fox 6 Aug 2009 (Cover looks good, not had a copy yet.)

Mexico, 1924. At his father's hacienda, restlessly waiting for adventurer Ethan to arrive, sixteen-year-old Alec and his faithful valet Coates head out into the wilderness in search of an ancient archaeological site...only to discover that Mexico is every bit as perilous as The Valley of the Kings. Pursued by ruthless bandits, involved in a plane crash in the middle of remote rain-forest and finally an unwelcome guest in a lost Aztec city where the inhabitants still practice rituals of human sacrifice, once again Alec must use all of his skills and stamina to survive.


C.P. Goy The Seven Stones:Terry,the Torus and the Tumblestones - Published by Matador 3 Aug 2009 (From a small publisher)

Terry should never have been in the middle of Crow Wood that night - then the Torus couldn't have sucked him into the strange new world. But he was, and it did. So now he has a problem. To have any chance of getting home again, he needs to find the seven stones - but the Baron's secret police are closing in fast. Unless his new friends Gwen, Meeshka and Polka can help him solve the riddles and find the mysterious Watcher, Terry will never see his home again...

New Yorker, Luke Kite has been estranged from his multi-millionaire father, Jack, for years. The result of a one night stand, he has never been acknowledged as heir to his father's globally successful business, Kite Industries - unlike his English half-sister Megan, the apple of her daddy's eye. But when his father is mysteriously killed on Luke's 17th birthday, Luke and Megan are brought together as they uncover the dark secrets, and corruption at the heart of their father's multi-billion business empire. Jack's death was not an accident, nor was the hit and run incident that Megan herself, narrowly escaped the day he died...The threats don't end there, as Megan again becomes a target for killer when she's staying at Jack's London flat. Again she escapes death, and another girl is killed in her place, but now Megan is on the run. Using her best-friend's identity, she travels to New York, to Poland, and Tokyo in order to escape whoever wants her dead. Luke, too, is wary of all those around him, even his mother and his reliable Uncle Mike, his dad's brother. Who can he trust and how can he protect his half-sister? In a tense game of cat and mouse, Luke needs all his resources to narrow down his enemies and those of Megan...what he discovers destroys what little faith he has in his so-called family, and in his own identity as no one is quite who they seem. As the action draws to a shocking and nail-biting conclusion, Luke and Megan discover they have only each other to rely on in the end...

Someone has been supplying Class-A illegal human power sources to the goblins. Captain Holly Short of the LEPrecon Unit is sure that her arch-enemy, thirteen-year-old Artemis Fowl, is responsible. But is he? Artemis has his own problems to deal with: his father is being held to ransom and only a miracle will save him. Maybe this time a brilliant plan just won't be enough. Maybe this time Artemis needs help . . .


reydis has been left for dead following a raid by pirates on her father's Viking stronghold. Her brother has been kidnapped-and Freydis's father is hell-bent on revenge. But this is a volatile man who loathes his daughter and is driven by love of his son. Reluctantly he takes Freydis with him on his journey, giving her a slave-Enno-to tend her. As Freydis's father becomes more bitter and cruel, and the hunt for his son becomes increasingly desperate, Freydis and Enno draw closer together. But when battle looms on the horizon, the bonds of friendship, obedience and loyalty are tested to the limit.

The Rainbow Orchid" is an ambitious blend of classic storytelling and cinematic artwork in which adventure, historical drama and legend are seamlessly intertwined. In Volume One, follow the story's hero, Julius Chancer, as he embarks on a hazardous quest for the rainbow orchid - a mythical flower last mentioned by the ancient Greek philosopher, Theophrastus, and steeped in legend. His epic journey takes him from 1920s Britain to the Indian subcontinent and its mysterious lost valleys.

Hope you found something to look forward to reading. We're always looking out for new books, so if you have a book you would like to see on this blog, drop us an email. The hardback post is soon to follow.
Posted by Mr Ripley's Enchanted Books on June 14, 2009

I met Garen on 30 June to chat about the Rainbow Orchid amongst other things and he kindly gave me a copy. It's fantastic and I can't recommend it highly enough. I've written up our chat and it's posted at http://www.thephantomzone.co.uk/2009/07/02/talking-the-rainbow-orchid/

I really enjoyed that post. I did read it last week and found it very good.

I am also a fan of your work too!

I have put a link up to the site for you. So more people can read and spread the word about the Rainbow Orchid as I would love to see it do well!