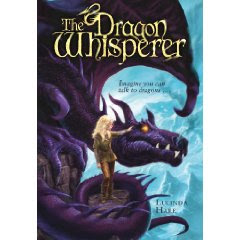 Not many Hardbacks out in the month August. Next post we will look at some of the best releases in the U.S.

Quenelda has always had a magical bond with dragons, and her greatest wish is to fly one and fight alongside her father in the war against the hobgoblins. Root, on the other hand, wishes only to avoid the fearsome creatures, so the role of Quenelda's esquire is the last thing he needs. But an unexpected friendship is forged, and when Dragons Dome is besieged by a deadly plot, this unlikely duo must find a way to defeat the dark forces. Epic battles, whispered legends and soaring magic combine in this breathtaking debut fantasy, with black and white illustrations by David Wyatt.
Marry Hoffman - Troubadour - Published by Bloomsbury Publishing PLC 3 Aug 2009

A story of persecution and poetry, love and war set in 13th-century Southern France. A troubadour, Bertran, witnesses the brutal murder of the Pope's legate, and risks his life to warn others of the war that he knows is certain to follow this act. The lands of the peaceable Cathars - deemed heretics - are now forfeit and under threat from crusaders who have been given authority by the Pope to take the Cathar domains by force. But the Pope is trying to track Bertran down and so is somebody else: Elinor, a young noblewoman, in love with Bertran but facing a loveless arranged marriage, flees her family and becomes a minstrel herself. Soon both Bertan and Elinor find themselves enveloped in a rising tide of bloodshed that threatens the very fabric of their society.

As winter approaches and Souls' Night draws near, the Eagle Owl Mage holds the clans in the grip of terror. To fulfill his destiny, Torak must seek his lair in the Mountain of Ghosts. He must defy demons and tokoroths, and find his way through the Gorge of the Hidden People. Wolf must overcome terrible grief. Renn must make an agonizing decision. And in the final battle against the Soul-Eater, Torak must face the most heart-rending choice of all.

An epic and heart-rending jungle adventure from the bestselling author of Kaspar and Born to Run. When 10-year-old Will's father dies in the Iraq war, his mother surprises him with a trip to Indonesia. But little could she have known what awaited them both there. The first Will knows that anything is wrong is when Oona, the elephant he is riding along the beach, begins to spook. Then, suddenly, she takes off into the jungle with Will on her back. And that's when Will sees the wave come crashing in! With his mother almost certainly drowned, with nothing to cling onto but an elephant and nothing to help him but the clothes on his back, Will faces a terrifying future. But maybe the jungle , and Oona the elephant, can help him!

Millions of years ago, DINOTRUX ruled the earth! These mighty part-truck, part-dino demolition dynamos rumbled, plowed and bulldozed their way through the centuries. From the nosy Craneosaurus and hungry Garbageadon to the bully of the jungle, Tyrannosaurus Trux, Chris Gall guides you on a safari through the wild world of these mechanical monsters of prehistoric times. Feast your eyes upon these mighty mobile creatures that once ruled the earth, but now only rule the highways. Buckle up for the ride - you'll never look at Dad's rusty old pickup the same way again! What happened to the Dinotrux? Find out in a fold-out gatefold detailing their evolution!
Posted by Mr Ripley's Enchanted Books on June 15, 2009