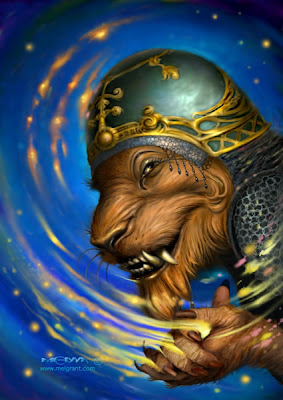 Mr Ripley Say's Do you Know the book cover?

Sometimes artists behind great book covers never get a mention or credit for the contribution to the end product of a book. So I thought I would highlight some of the best creative people in this job. I really love the cover artwork of children's books, it always makes a difference as to how well a book will sell. Get the book cover right and you're already on the way to selling more copies.

Melvyn Grant was born in London, England at a time when it was quite possible that somewhere, a sun turned nova and the Earth, for a moment, probably orbited a little off centre. If this was indeed the case and caused a problem anywhere, we are all deeply touched…
…But this probably had nothing to do with the fact that Mel has been from the very beginning, an exceptionally talented and universal artist.

Within a few days of attending his first school, Mel’s artistic ability was soon noticed. But as mischief would have it, at the same time he was also reprimanded for sneaking a bite from a tasty apple left on his teacher’s desk. Fortunately, this teacher (whose name Mel remembers only as ‘Yesmiss’) was a patient woman with a good sense of humour. She readily enjoyed challenging the imp in her young pupil and took Mel under her wing. Although he was unable to fully appreciate this at the time, the creative guidance she gave set an important mark to his early life. But best, she had a keen eye for art and Mel’s talent was respected and even more importantly, encouraged.

From that time on it became important to Mel that he always achieved the highest class-marks in art each year throughout his school life. Also, being considered the ‘School Artist’ allowed acceptable leeway for a nonconformist and useful bohemian attitude. He became the only student to attend The Brassey Institute School Of Fine Arts at the early age of twelve, but the only paper qualification he ever took was an ‘Advanced’ level GCE in which he achieved a grade one with distinction.

After six years at The Brassey, he found the style of work encouraged by this environment (bus queues on a rainy day, with much use of grey) lacking in inspiration, and was becoming keen for a new and brighter pasture. Although his tutors did their best to encourage him to stay on and acquire more qualifications, Mel’s mind was made-up and at the age of eighteen, he dropped out. He needed a break and fresh input, and there was a big world waiting outside.

For a time, he gave painting a rest and pursued other interests, music and science in particular. It is said that where art points science often goes. He studied electronics and worked in a variety of short-term jobs. He designed and built several unusual electric guitars and played some good Rock and Roll. Finally, he shouldered his pack, took the reins of his mule (symbolically) and set foot to the big wide world.

Some years later Melvyn Grant quit his wandering, left the mule (a mean-eyed and stubborn fellow with a tendency to ferment) in a meadow by the gate and located in London. And went back into the world of art. Although his approach to painting is firmly rooted in traditional Fine Art, he found a much more exciting world in High-end Fantasy Illustration. Here he could give full vent to his imagination and with his strong mastery of figure work (Earthly or otherwise) soon became one of the leading British Fantasy Artists. His powerful imagery is always believable and has since inspired many other artists and fans alike around the world. And he is now considered, of the very best in this field.

Ever in great demand, Mel continues to work with publishers, mostly in the U.K., Europe and the U.S.A. He is happy to work with clients anywhere in (or off) the world (but off world is a little difficult as couriers are hard to find). He has worked with virtually all the major book companies, and has produced countless paintings as covers for the books of leading authors.

While Fantasy is Mel’s pleasure, his art is versatile and wide ranging. He has worked on Children’s books and posters through adult Romance, General, Science Fiction, Fantasy and Horror. And although he prefers working with books, Mel’s art has also been used in Advertising, Animated Films, Prints, Gift Designs and Record Sleeves.

Until a few years ago Melvyn Grant worked entirely with oil paint mostly on stretched canvas or board. But sometimes he would also paint on other materials such as Masonite, blockwood panels, Kryptonite, or anything else that took his fancy, which could be straightened out, stuck down, battered flat, or in some way encouraged into becoming a receptacle surface. A perfectionist and ever thorough, Mel has researched and understood his subject well and his mastery of oil paint has become on a par with any of the Old Masters, often formulating his own mediums and grinding pigments to create personalised paints.

Now, moving with the times, Mel has embraced the future and some of his work is painted digitally. But although for this he uses a computer, his artwork still starts with a sketch and is hand painted mark upon mark as in traditional painting and still takes time. None of Mel’s digital work is ‘Computer Generated’. He has simply swapped paint and canvas for pixels and screen. The beauty of painting on a virtual canvas is that it is possible to mix mediums in a way that would not work in the physical world and Mel relishes this fluidity. But most important he says… he does not have to wait for the damn paint to dry.

Mel Grant, at this time, is living and working on the coast in the Southeast of England. He feels that to sit on the shore on a hot day (preferably on a dry rock) and share energy with his planet is a necessary thing. While to look quietly across the sea is important to his creativity and peace of mind… and with such an imagination there is always the tease that, one day, he might just step up and stand on top of a wave. But looking down through the water at the holes in his sandals, nothing is too serious to crack a smile… least of all himself. And like a soft breeze in a summer sky, a touch of caprice adds to the gentle art of being, Melvyn Grant.

If you want to find more out or buy some great book cover prints please click on the link below. And thanks for reading.
www.melgrant.com
By Mr Ripley's Enchanted Books on June 04, 2009