New Children's Books from the U.S August -December 2009 Post One. 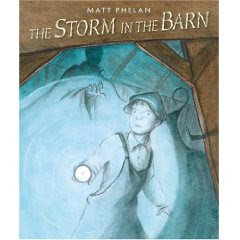 Lots of new books have turned up this week in Mr Ripley's very busy postbox. All the books are due to be published in the U.S between August and December, there are some very interesting and enjoyable reads, so I'll get on and introduce them to you.
Post one of Two.

One night, in cities all across Europe, five children vanish — only to appear, years later, at an exclusive New York party with a strange and elegant governess. Rumor and mystery follow the Faust teenagers to the city’s most prestigious high school, where they soar to suspicious heights with the help of their benefactor’s extraordinary "gifts." But as the students claw their way up — reading minds, erasing scenes, stopping time, stealing power, seducing with artificial beauty — they start to suffer the sideeffects of their own addictions. And as they make further deals with the devil, they uncover secrets more shocking than their most unforgivable sins. At once chilling and wickedly satirical, this contemporary reimagining of the Faustian bargain is a compelling tale of ambition, consequences, and ultimate redemption.

In order to be accepted by the “in crowd” at her new high school, Jamie accepts a dare to spend one night in a local cemetery collecting rubbings from ten gravestones. Once inside the gate of the dark and frightening burial ground, Jamie meets Paul, a handsome boy who works as a caretaker at the cemetery. Paul explains to Jamie about Tombstone Tea: a fund-raising performance in which actors impersonate the people buried in the cemetery. The actors are supposedly rehearsing on this particular evening, but Jamie quickly discovers that they aren’t actors at all but the ghosts of men and women buried in the cemetery. When one woman decides to adopt Jamie to replace her lost daughter, our heroine fears she may never escape the cemetery.

In Kansas in the year 1937, eleven-year-old Jack Clark faces his share of ordinary challenges: local bullies, his father’s failed expectations, a little sister with an eye for trouble. But he also has to deal with the effects of the Dust Bowl, including rising tensions in his small town and the spread of a shadowy illness. Certainly a case of "dust dementia" would explain who (or what) Jack has glimpsed in the Talbot’s abandoned barn — a sinister figure with a face like rain. In a land where it never rains, it’s hard to trust what you see with your own eyes — and harder still to take heart and be a hero when the time comes. With phenomenal pacing, sensitivity, and a sure command of suspense, Matt Phelan ushers us into a world where desperation is transformed by unexpected courage.

For Trevor Musgrove, life isn't always bright and cheerful. His family has just moved to Hedley Garden, a tough housing projects its residents called "Deadly Gardens." He goes to school with rich kids who have everything, while he has to work just to afford soccer cleats. It doesn't help that the best athlete in school, Xander Pierce, happens to have it out for him. Mistakenly enrolled in an advanced science class taught by an odd but engaging teacher, Trevor is thrown headfirst into the world of natural science. Through all this, he will learn that life can spring up in the darkest places - maybe even Deadly Gardens.

When a spaceship lands in Vern Hollow, Jack's hometown, he and his no-account inventor-uncle Bud are busy trying to fix a car driven by Dr. Shumway and her daughter, Isadora. Although Uncle Bud secretly knows the aliens are after one of his inventions, everyone is surprised when the space aliens capture seven of Vern Hollow's residents and take them into outer space on a wild adventure. . . . (more)
After a series of twists and turns, all of them are taken to Skreepia, the aliens' planet, where they have to defeat the Skreep queen before she can use Uncle Bud's invention to take over planet Earth. Filled with wonderful detail, humor, inventive dialog, and irresistible black-and-white spot art, THE DOOM MACHINE is a tour de force by one of America's most beloved storytellers.

Eighth graders Gene and Vince enjoy reporting wacky stories of local weirdos for their news rag,The Globe. What no one knows is that these wild stories of aliens-thanks to inside info from Gene's strange old cousin Fred are actually true. But when the aliens they've written about start disappearing, Gene and Vince find themselves at the centre of an intergalactic conflict that could be the death of the boys' friendship, or of the boys themselves - which ever comes first!
Posted by Mr Ripley's Enchanted Books on June 19, 2009