New books out in November 2009 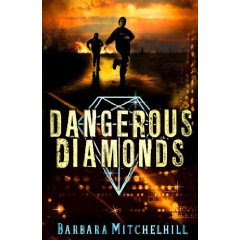 These are some of the best picks due to come out in the very quiet month of November. I find that near the festive time there are less quality reads and more novelty books or books to give as presents.


Synopsis
Jack is the chosen one, the Radiant Boy the Magus needs in order to perfect the alchemy that will transform London of the 1600s into a golden city. But Jack isn't the kind of boy who will do what he is told by an evil genius, and he is soon involved in an epic and nail-biting adventure, featuring dragons, knights and Queen Elizabeth I, as he battles to save London.


Synopsis
You wake up in a dark room with no idea where you are. You are gagged and forced into a waiting truck. You have done nothing wrong. What would you do? Fourteen-year-old Ben travels to Pakistan on a school exchange programme. Ben and his Pakistani host, Aarya, find themselves in the wrong place at the wrong time. They see something they're not supposed to and are kidnapped by some strange men. Caught up in a terrifying planned terrorist attack that could destroy Southern Afghanistan, killing thousands, Ben and Aarya are dragged through the most terrifying battleground in the world.


Synopsis
When Dad goes missing, twins Harry and Charlie scour Edinburgh to find him. But why are others determined to stop them? And how is a strange wooden box linked to his disappearance? The twins soon find they are in terrible danger but push themselves to the limits in their attempt to outwit those who are holding their father.


Synopsis
Targeted by a hitman and under threat of his past being exposed by the media, Alex reluctantly turns to MI6. But their help doesn't come cheap: they need Alex to spy on the activities at a GM crop plant. There he spots Desmond McCain, a high profile charity organiser, who realises that Alex is on to him and the real plans for the money he's raising. Kidnapped and whisked off to Africa, Alex learns the full horror of McCain's plot: to create an epic disaster that will kill millions. Forced to ask MI6 for protection, Alex finds himself being manipulated in a deadly game that could lead to the destruction of an entire East African country.


Synopsis
The phenomenally popular Rocketeer by the legendary Dave Stevens is collected in its entirety for the first time as an oversized hardcover, in a beautiful slipcase, including hundreds of never-before-seen Rocketeer drawings and preliminaries by Dave Stevens! This impressive collection combines The Rocketeer and The Rocketeer: Cliff's New York Adventure into a single volume, completely re-colored, as per Dave Stevens' wishes, by renowned colorist Laura Martin. The best possible reproduction and the highest production values will ensure that this is the definitive Rocketeer collection. Additionally, hundreds of drawings, sketches, and preliminaries by Dave Stevens, nearly all published here for the very first time, will make this a very special book.