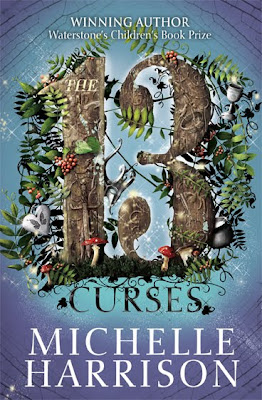 Mr Ripley's Book Review
The first book in this series was a 2009 personal favourite of mine. I felt the author had her work cut out, in order to either match or produce something even more spectacular, than she had previously written. Quite a task, and one that could leave many a writer quivering in their own boots of success . . .

However, as I have come to expect from Michelle, I was far from disappointed; the writing was exquisite. Whilst the book started fairly slowly it soon gained in momentum, with a steady pace to the very end. The chapters that particularly covered the entrapment of Red, and a host of other misfortunate characters, are superbly written - voiced through a particularly dark and moody tone. I thought they were fantastic, so much so that they are actually at the point of brilliance!

The only aspect that didn't quite gel for me at points, was the sub-plot related to Rowan and Michael's background. I felt it weighted the pace of the story line down at times, and left it feeling slightly unnecessary. I acknowledge that it all ties in towards the end but I would have liked more of the story to have featured in the Fey world.

Red, Tanya and Fabian have to solve the riddle and find all the charms, which take the form of the "Thirteen Curses". This leads them all into head long experiences involving mystery and danger; leaving the reader engaged but also somewhat apprehensive as to what might happen next.

The ending uncovers some great twists and a number of thought provoking moments, these give a different take through the whole journey. This has great appeal for all readers, with something to entice all of you into the realm of the fairies.

Will this be the end or the start of new things to come?

Book Synopsis
The Thirteen Treasures have become the Thirteen Curses. When fairies stole her brother, Red vowed to get him back. Now trapped in the fairy realm, she begs an audience with the fairy court where she strikes a bargain. Her brother will be returned - but only if she can find the thirteen charms of Tanya's bracelet that have been scattered in the human world. Returning to Elvesden Manor, Red is assisted by Tanya and Fabian and a desperate hunt begins. Soon they make a shocking discovery. The charms now have twisted qualities of the thirteen treasures they represent...and the longer they are missing the worse the consequences will be. Can Red, Tanya and Fabian find all the charms? And even if they do, will the fairies keep their promise?


About the Author
Michelle Harrison is 29 years old and an editorial assistant in children's publishing. She is a former bookseller at Ottakars/Waterstones in Stafford. Originally from Grays in Essex, she is a keen illustrator as well as writer and now lives in Oxfordshire with her partner. Her debut novel THE THIRTEEN TREASURES won the Waterstone's Children's Book Prize in 2009.
Posted by Mr Ripley's Enchanted Books on January 23, 2010

Great review. I agree about Michelle's writing being exquisite - I love it!