Book Cover Reveal/Synopsis for The Eye of Minds - James Dashner 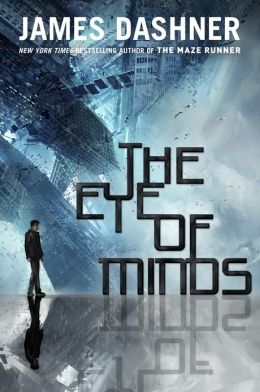 Exciting news people - The Eye of Minds is out Oct. 8. Are you excited for Dashner’s new series? This is one of my most wanted book this year along side the new Jonathan Stroud book Lockwood & Co which should be out - at the end of August.
The Eye of Minds, the first book in Dashner’s new series, The Mortality Doctrine, centers on Michael, a gamer who spends the majority of his time in the addictive virtual-reality system known as the VirtNet. The VirtNet offers anyone with money the chance to live in the fantasy world of their choosing — no risk, and if you’re an adept enough hacker, no rules.
But not all rules were made to be broken. One gamer is taking the others hostage inside of the VirtNet, and the government turns to Michael to track this hacker down. Will he be able to survive off the VirtNet grid? Or will reality be lost to him forever?
Posted by Mr Ripley's Enchanted Books on January 17, 2013

Ooh, sounds cool - that text for the titles is rather funky too :)