***Book Review: Shadows of the Silver Screen by Christopher Edge*** 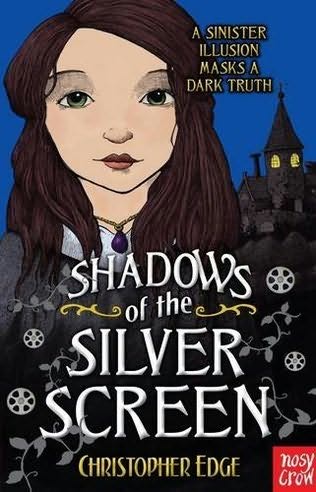 Lights! Camera! Action!
This is the second book in recent times to catch my interest regarding early film production. I particularly like it when a plot takes a pinch of historical fact and weaves it magically into the book - Christopher has managed to do just that. He has created an intelligent and brilliant story.

This is a classic encounter of a horror story - full of darkness and oozing with the flavour of Victoriana. 1900 is the era in which the silent movie was first created. As you read this story, it will feel like you are watching the actors on the silver screen itself as you become engaged by its hypnotic charm.

The story is based around a mysterious filmmaker, who approaches The Penny Dreadful, with a proposal to turn Penny's tales of terror into motion pictures. Whilst Montgomery Flinch, the star of his own production, is plagued by a series of strange and frightening events. These frightening events draw you into the dark and chilling world where acting becomes reality. Penny finds herself living a nightmare that keep both her, and probably you, awake at night.

This is the second book to feature Penelope Tredwell, a feisty thirteen-year old orphan and heiress, of the bestselling magazine, The Penny Dreadful. I have to confess that I haven't read the first book in this series, but I will definitely be paying a visit to it very soon.

The idea behind the story is very imaginative. I felt myself becoming immersed in the scenes played out in Eversholt Manor, and the filming of The Daughter of Darkness. It really was a feast of dark delights and one that will haunt you to the core. I loved the cast of interesting and entertaining characters, which all lead to the stories appeal and readability.