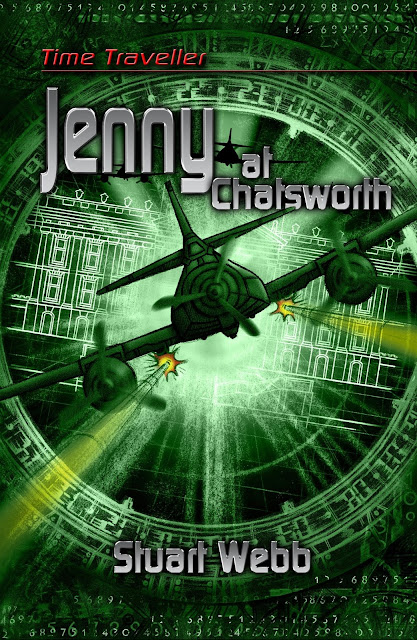 It’s a funny old world - just when I’d given up chasing publishers for a book deal, I found that one was hard on my heels, contract in hand…

For six long years I knocked on every publisher’s door I could find, searching for someone to love and nurture my first children’s novel, Aurora’s Tears, and then my second, Lyme Hall. Although I had a number of near misses (and gained an agent) along the way, eventually I ran out of people to pester.

Then I found myself faced with a difficult choice: should I self-publish or concentrate on my next novel? It wasn’t a decision I took lightly, as there’s not only the obvious cost implications of self-publishing, but there’s also the impact on your life in general. When you already have a full time job (in the aerospace industry, in my case) it’s hard to take on another role as editor/proof reader/cover designer/sales and marketing manager for your latest book, whilst making sure you still have an hour or two left for your family.

Backed by a supportive and understanding wife and daughter, who stood behind me all the way, I elected to self-publish both Auroras Tears and Lyme Hall. Fortunately, the books sold well, with positive feedback from all who read them, encouraging me to start on my next novel.

It was whilst I was working on my third book that there came a knock on my own door. It was a publisher, which bizarrely is based in my home town of Stockport, saying that they’d read a copy of Lyme Hall, liked it, and wondered if I’d consider writing a book in their Time Traveller series. The rest, as they say, is (quite literally) history. My book, Time Traveller Jenny at Chatsworth, is the 10th book in the series, the previous books having been written by an assortment of other authors.

Although it’s part of an existing series, the book can be read as a standalone novel. In fact, the plan is that I’ll continue with my character, Jenny, and develop a sort of ‘series within a series’.

The setting for the book, and part of the historical action, was actually the result of a competition Seven Arches ran, asking children to suggest the location of the next Time Traveller book. The winner, William Johnson, suggested Chatsworth House, in the time when Mary, Queen of Scots, was being kept a prisoner there. So, I used the winning suggestion and wove a little fiction around the real historical events at Chatsworth.

The series is aimed at 8-12 year olds, but I’m sure, from my own personal experience as an avid reader of children’s books, it will also appeal to ‘more mature’ readers.

Time Traveller Jenny at Chatsworth was published in March, and we've already secured a number of signing events, including one in the departure lounge at Manchester Airport – as I said, it’s a funny old world!

Thank you Stuart for the very interesting guest post. I hope that you will all support his book. If you're not already convinced then my book review will follow at the end of the week, so keep an eye out for that......
By Mr Ripley's Enchanted Books on May 10, 2013