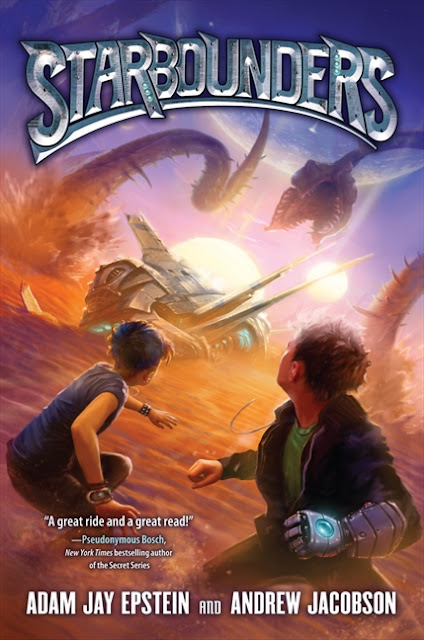 Adam Jay Epstein and Andrew Jacobson - Starbounders - Published by HarperCollins (June 4, 2013)
Zachary Night can’t wait to start his top-secret Starbounders training at Indigo 8. But he’s barely started learning the skills he’ll need to protect the galaxy when a space mission goes wrong. Zachary and his friends are accidentally sent to the front lines of an intergalactic skirmish, and they quickly discover a plot to destroy Indigo 8. Piloting a space ship under attack, they must get back to earth before the training center—and the planet—is annihilated. 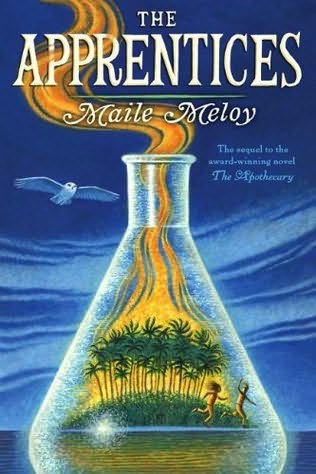 Maile Meloy - The Apprentices - Published Putnam Juvenile (June 4, 2013)
Two years have passed since Janie Scott last saw Benjamin Burrows, the mysterious apothecary’s defiant son who stole her heart. On the other side of the world, Benjamin and his father are treating the sick and wounded in the war-torn jungles of Vietnam.

But Benjamin has also been experimenting with a magical new formula that allows him to communicate with Janie across the globe. When Benjamin discovers that she's in trouble, he calls on their friend Pip for help. The three friends are thrown into a desperate chase around the world to find one another, while unraveling the mystery of what threatens them all.
Acclaimed author Maile Meloy seamlessly weaves together magic and adventure in this breathtaking sequel with stunning illustrations by Ian Schoenherr. 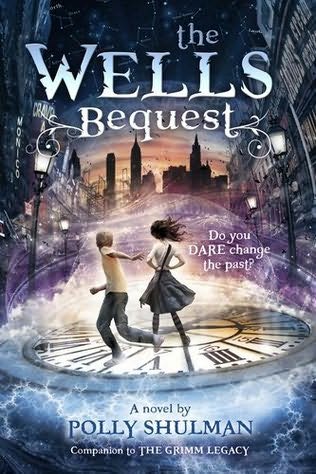 Polly Shulman - The Wells Bequest A Companion to The Grimm Legacy - Published by Nancy Paulsen Books (June 13, 2013)
Leo never imagined that time travel might really be possible, or that the objects in H. G. Wells’ science fiction novels might actually exist. And when a miniature time machine appears in Leo’s bedroom, he has no idea who the tiny, beautiful girl is riding it. But in the few moments before it vanishes, returning to wherever—and whenever—it came from, he recognizes the other tiny rider: himself!His search for the time machine, the girl, and his fate leads him to the New-York Circulating Material Repository, a magical library that lends out objects instead of books. Hidden away in the Repository basement is the Wells Bequest, a secret collection of powerful objects straight out of classic science fiction novels: robots, rockets, submarines, a shrink ray—and one very famous time machine. And when Leo’s adventure of a lifetime suddenly turns deadly, he must attempt a journey to 1895 to warn real-life scientist Nikola Tesla about a dangerous invention. A race for time is on! 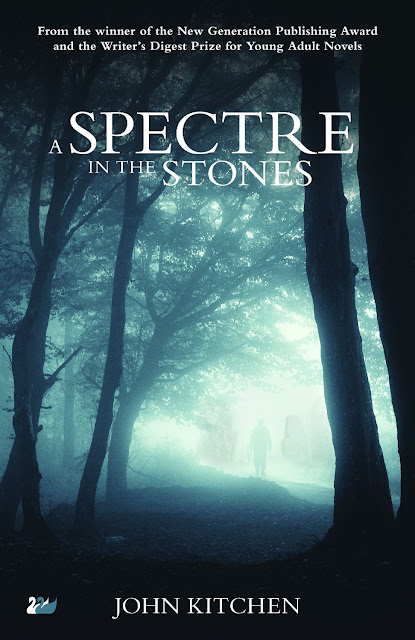 John Kitchen - A spectre in the Stones - Published by Thames River Press (June 1, 2013)
Lloyd Lewis is moving to yet another children's home, but this one is different. It seems to be cast in an unremitting, sunless winter. The staff and children are surly and aggressive, and he soon discovers why: Sarson Hall is gripped in a curse. There are poltergeists creating constant disruptions and, in the cellar, a terrifying ghost. Lloyd’s survival has always depended on his fighting spirit, and he sets about confronting the mayhem surrounding him. In his quest to remove the curse, he finds he possesses a rare power, which leads him to link what is happening to a nearby ravaged stone circle. But can he do anything to remove the curse from Sarson Hall, and can he bring peace once more to the old building and its occupants?
Email Post
Labels: Action Age 9+ Fantasy Horror June 2013 new books Picks US Books