Chuck Black - Cloak of the Light Wars of the Realm - Published by Multnomah Books - 13, March 2014
Drew is caught in a world of light - just inches away from the dark
What if...there was a world beyond our vision, a world just fingertips beyond our reach? What if...our world wasn’t beyond their influence?
Tragedy and heartache seem to be waiting for Drew Carter at every turn, but college offers Drew a chance to start over—until an accident during a physics experiment leaves him blind and his genius friend, Benjamin Berg, missing.
As his sight miraculously returns, Drew discovers that the accident has heightened his neuron activity, giving him skills and sight beyond the normal man. When he begins to observe fierce invaders that no one else can see, he questions his own sanity, and so do others. But is he insane or do the invaders truly exist?
With help from Sydney Carlyle, a mysterious and elusive girl who offers encouragement through her faith, Drew searches for his missing friend, Ben, who seems to hold the key to unlocking this mystery. As the dark invaders close in, will he find the truth in time? 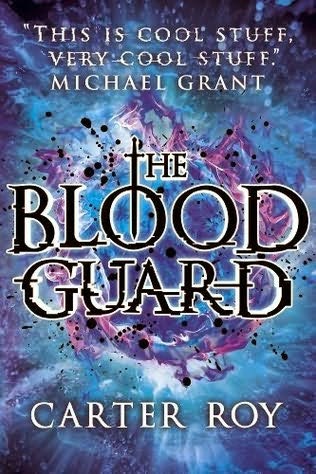 Carter Roy - The Blood Guard - Published by Two Lions - 4, March 2014
When thirteen-year-old Ronan Truelove’s seemingly ordinary mom snatches him from school, then sets off on a high speed car chase, Ronan is shocked. His quiet, nerdy dad has been kidnapped? And the kidnappers are after him, too?
His mom, he quickly learns, is anything but ordinary. In fact, she’s a member of an ancient order of knights, the Blood Guard, a sword-wielding secret society sworn to protect the Pure—thirty-six noble souls whose safety is crucial if the world as we know it is to survive.
Now all those after-school activities—gymnastics, judo, survival training—she made him take, make sense. For suddenly Ronan is swept up in a sometimes funny, sometimes scary, but always thrilling adventure—dashing from one danger to the next, using his wits to escape the Bend Sinister, a posse of evil doers with strange powers. Falling in with two unlikely companions, Greta, a scrappy, strong-willed girl he’s never much liked and Jack, a devil-may-care teenage pickpocket, Ronan is left with only his wits and his mom’s last words of advice: Trust no one.
That’s a lot for an ordinary kid to deal with. But then again, maybe Ronan’s not ordinary at all. 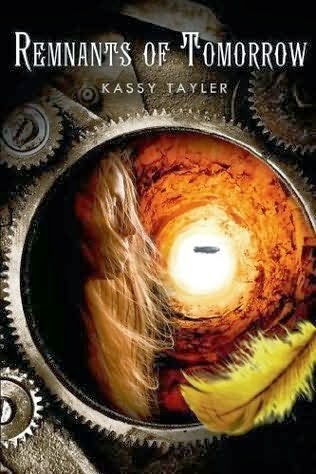 Kassy Tayler - Remnants of Tomorrow - Published by St. Martin's Griffin - 18, March 2014
Wren is in the last place she ever wanted to be: back inside the dome. Held as a prisoner of her father, the Master General Enforcer, she is completely cut off from the outside. After a harrowing escape attempt, and finding Levi trapped in a cell, Wren’s world is further turned upside down at would could be Pace’s ultimate betrayal. Only Pace’s whispered words keep her from losing all hope.  “Things are not always what they seem.”  Those words, along with the sight of yellow-feathered Pip keep Wren fighting for what she knows in her heart is right for everyone.  She must break the glass.

When Wren’s father realizes that his rebellious daughter and her friends are not falling into his plan of complacency, he turns them over to an even darker enemy. While Levi is certain his uncle will save them, the Quest and all their friends outside the dome seem to have disappeared.

The outside world is a brutal place, but Wren will not be beaten. She holds strong to her belief that outside the glass there is the promise of freedom and the hope for love.  Wren must battle the forces that want to enslave her, and the foolish whims of her own heart to free her world and finally find where she belongs.
By Mr Ripley's Enchanted Books on March 10, 2014