Press Release: Patrick Ness - A Monster Calls to be Come a Motion Picture 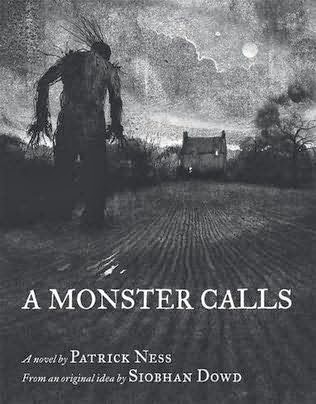 A motion picture adaptation of Patrick Ness' A Monster Calls is to be made, directed by acclaimed Spanish filmmaker Juan Antonio Bayona.
River Road Entertainment, Participant Media, Lionsgate International and Focus Features are to finance the distribution of the film, which is scheduled for release in 2016.
A Monster Calls tells the story of a young boy who deals with his mother's illness and bullying by his classmates by escaping into a fantasy world of monsters and fairytales.
Ness and illustrator Jim Kay won the Carnegie Medal and Greenaway Medal for the novel in 2012.
Director Juan Antonio Bayona's previous work includes The Orphanage and The Impossible; he will be reunited with producer Belen Atienza for his work on A Monster Calls.
"It is an incredible privilege to bring Patrick Ness' exceptional book to the screen and I couldn't have imagined better partners joining me in this endeavour," Mr Bayona commented.
Book Trailer:
)
By Mr Ripley's Enchanted Books on March 12, 2014