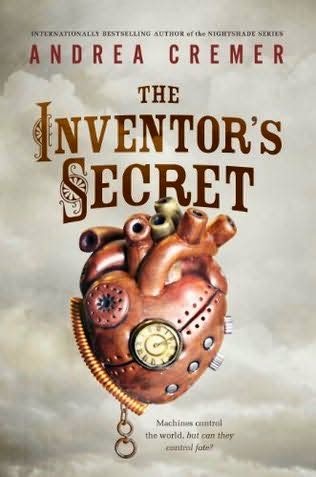 In this world, sixteen-year-old Charlotte and her fellow refugees have scraped out an existence on the edge of Britain’s industrial empire. Though they live by the skin of their teeth, they have their health (at least when they can find enough food and avoid the Imperial Labor Gatherers) and each other. When a new exile with no memory of his escape  or even his own name seeks shelter in their camp he brings new dangers with him and secrets about the terrible future that awaits all those who have struggled has to live free of the bonds of the empire’s Machineworks.
The Inventor’s Secret is the first book of a YA steampunk series set in an alternate nineteenth-century North America where the Revolutionary War never took place and the British Empire has expanded into a global juggernaut propelled by marvelous and horrible machinery. Perfect for fans of Libba Bray's The Diviners, Cassandra Clare'sClockwork Angel, ScottWesterfeld's Leviathan and Phillip Reeve's Mortal Engines. 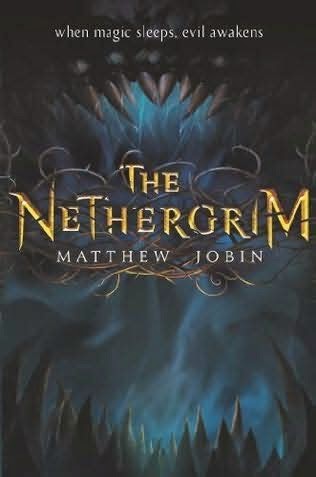 Everyone in Moorvale believes the legend: The brave knight Tristan and the famed wizard Vithric, in an epic battle decades ago, had defeated the evil Nethergrim and his minions. To this day, songs are sung and festivals held in the heroes' honor. Yet now something dark has crept over the village. First animals disappear, their only remains a pile of bones licked clean. Then something worse: children disappear. The whispers begin quietly yet soon turn into a shout: The Nethergrim has returned!Edmund’s brother is one of the missing, and Edmund knows he must do something to save his life. But what? Though a student of magic, he struggles to cast even the simplest spell. Still, he and his friends swallow their fear and set out to battle an ancient evil whose powers none of them can imagine. They will need to come together--and work apart--in ways that will test every ounce of resolve.

In a story reminiscent of the Ranger’s Apprentice epic and the Chronicles of Narnia, Matthew Jobin weaves reality, magic, and adventure into the next great fantasy phenomenon. 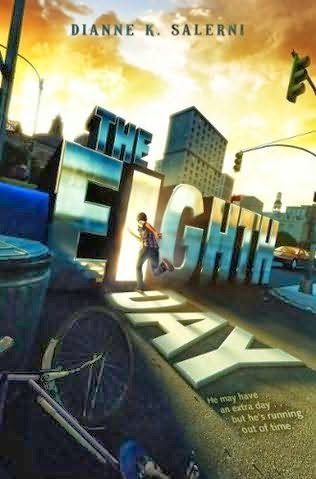 In this riveting fantasy adventure, thirteen-year-old Jax Aubrey discovers a secret eighth day with roots tracing back to Arthurian legend. Fans of Percy Jackson will devour this first book in a new series that combines exciting magic and pulse-pounding suspense.
When Jax wakes up to a world without any people in it, he assumes it's the zombie apocalypse. But when he runs into his eighteen-year-old guardian, Riley Pendare, he learns that he's really in the eighth day—an extra day sandwiched between Wednesday and Thursday. Some people—like Jax and Riley—are Transitioners, able to live in all eight days, while others, including Evangeline, the elusive teenage girl who's been hiding in the house next door, exist only on this special day.
And there's a reason Evangeline's hiding. She is a descendant of the powerful wizard Merlin, and there is a group of people who wish to use her in order to destroy the normal seven-day world and all who live in it. Torn between protecting his new friend and saving the entire human race from complete destruction, Jax is faced with an impossible choice. Even with an eighth day, time is running out. 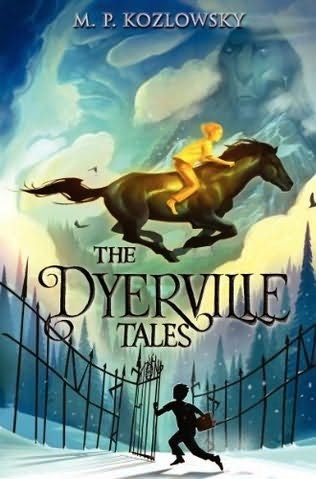 M.P. Zozlowsky - The Dyerville Tales - Published by Walden Pond Press -
April 22, 2014
Vince Elgin is an orphan, having lost his mother and father in a fire when he was young. With only a senile grandfather he barely knows to call family, Vince was interned in a group home, dreaming that his father, whose body was never found, might one day return for him. When a letter arrives telling Vince his grandfather has passed away, he is convinced that if his father is still alive, he'll find him at the funeral. He strikes out for the small town of Dyerville carrying only one thing with him: his grandfather's journal. The journal tells a fantastical story of witches and giants and magic, one that can't be true. But as Vince reads on, he finds that his very real adventure may have more in common with his grandfather's than he ever could have known.
Its unique voice and ability to combine creepiness with great story and character development make The Dyerville Tales a real standout middle-grade novel.
By Mr Ripley's Enchanted Books on March 31, 2014