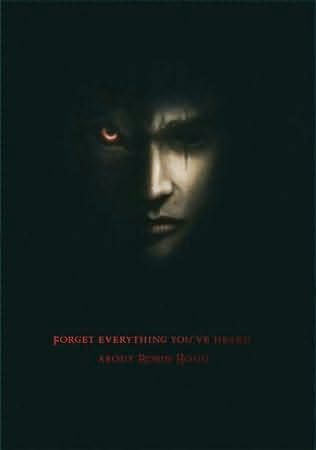 Robin Hood has been reinvented like you've never imagined before in this thrilling debut by Tim Hall. There are no Merry Men, no maidens in distress and no stealing from the rich to give to the poor. This story is loaded with mystery, suspense and a large helping of fantastic atmospheric action. The plot will have you turning the pages in a whirlwind.  This is a savage telling about Robin of Loxley, who was left in the woods by his father at the age of seven years old, but when he returns to the village his family have disappeared without explanation. From this point on, Robin leaves the village to make his own way in life. He receives no help from anyone except nature and the wild lands of the Winter Forest.

This is a mouthwatering adventure that has been chosen as a launch title for the newly independent David Fickling Books. It's deliciously dark, twisted and very gritty. Robin soon sets out to find Marion Delbosque, his only friend, who was taken under mysterious circumstances. The rage boils inside him, as he sets out to find his only friend. Robin's character goes through many changes in this story, without giving too much away, it is a really fascinating read. Never mind the dark and nasty events that occur on the way to make your blood boil.

The surreal setting and elements of the plot feel like you are watching part of the story unfold inside a swirling mist - it really feeds your imagination. At times, I got a little lost from the complexity of it at times, but nevertheless, I really enjoyed it.

Nothing stirs without his notice - the vixen in the undergrowth, the woodcock in the bracken, every disturbance tells him a story.  Robin finds himself roaming around the Winter Forest amongst strange, powerful Gods and a host of dangerous monsters. The epic battles and skirmishes make the story sing with dark intensity that I really gulped up with gusto. This book is an epic adventure that you can't put down; it is a fast paced action with arrows whispering through the trees with magical intensity that never miss their target. Many a swinging axe, sword on flesh and spilled blood keep the reader gripped by revenge, death and survival.

This is perfect pitch book for the hungry teenager. The fantastic book cover image from Richard Collingridge will draw any reader into picking up this book and giving it a chance; it certainly won't let you down. Forget everything that you've ever heard about Robin Hood as the truth is a lot darker than you could ever imagine. Be prepared to witness a new series that has a new spin and a sting in its tale! This is a cracking read from Tim Hall - David Fickling fans of my blog should truly love this book. Grab yourself a copy now.... I'm looking forward to hearing your comments.
Posted by Mr Ripley's Enchanted Books on July 11, 2014