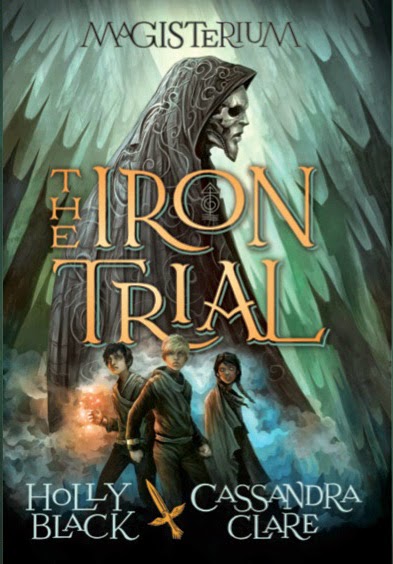 Book One of the Magisterium Series: The Iron Trial.
Most kids would do anything to pass the Iron Trial.
Not Callum Hunt. He wants to fail.All his life, Call has been warned by his father to stay away from magic. If he succeeds at the Iron Trial and is admitted into the Magisterium, he is sure it can only mean bad things for him.So he tries his best to do his worst - and fails at failing.Now the Magisterium awaits him. It's a place that's both sensational and sinister, with dark ties to his past and a twisty path to his future.The Iron Trial is just the beginning, for the biggest test is still to come . . .

CAN YOU SAY A LITTLE MORE ABOUT THE MAGISTERIUM SERIES?


Twelve-year-old Callum Hunt has grown up knowing three rules by heart.
Never trust a magician. Never pass a test a magician gives you. And never let a magician take you to the Magisterium.
Call is about to break all the rules. And when he does, his life will change in ways he can’t possibly imagine.
The Iron Trial is the first book in an epic fantasy series that I’m cowriting with Holly Black.  The Iron Trial, will be released in September 2014 by Scholastic/Doubleday Children's  Books. Four books will follow, one for year of Call’s life from twelve to seventeen, as he comes of age in a world where child apprentices train to be warriors and dark magicians seek to defeat even death. There’s not much else I can say about the books yet, as I’m sworn to secrecy, but I’ve always wanted to write with Holly, and I can definitely say the collaboration has produced characters I love and a story I hope you’ll find as funny, dark, adventurous and unexpected as I do. 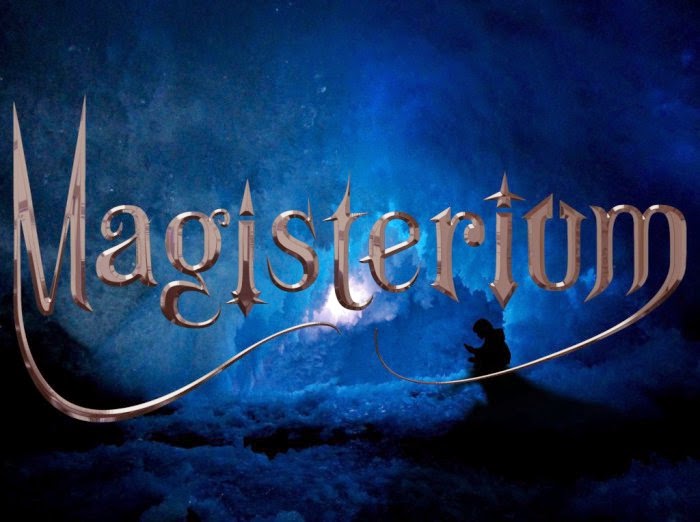 PROLOGUE....
From a distance, the man struggling up the white face of the glacier might have looked like an ant crawl- ing slowly up the side of a dinner plate. The shantytown of La Rinconada was a collection of scattered specks far below him, the wind increasing as his elevation did, blowing powdery gusts of snow into his face and freezing the damp tendrils of his black hair. Despite his amber goggles, he winced at the brightness of the reflected sunset.

Still, the man was not afraid of falling, although he was using no ropes or belay lines, only crampons and a single ice axe. His name was Alastair Hunt and he was a mage. He shaped and molded the frozen substance of the glacier under his hands as he climbed. Handholds and footholds appeared as he inched his way upward. By the time he reached the cave, midway up the glacier, he was half frozen and fully exhausted from bending his will to tame the worst of the elements. It sapped his energy to exert his magic so continuously, but he hadn’t dared slow down.

The cave itself opened like a mouth in the side of the moun- tain, impossible to see from above or below. He pulled himself over its edge and took a deep, jagged breath, cursing himself for not getting there sooner, for allowing himself to be tricked. In La Rinconada, the people had seen the explosion and whispered under their breaths about what it meant, the fire inside the ice.

Fire inside the ice. It had to be a distress signal . . . or an attack. The cave was full of mages too old to fight or too young, the injured and the sick, mothers of very young children who could not be left — like Alastair’s own wife and son. They had been hidden away here, in one of the most remote places on the earth.

Master Rufus had insisted that otherwise they would be vulnerable, hostages to fortune, and Alastair had trusted him. Then, when the Enemy of Death hadn’t shown up on the field to face the mages’ champion, the Makar girl upon whom they’d pinned all their hopes, Alastair had realized his mistake. He’d gotten to La Rinconada as fast as he could, flying most of his way on the back of an air elemental. From there, he’d made his way on foot, since the Enemy’s control of elementals was unpredictable and strong. The higher he’d climbed, the more frightened he’d become. Let them be all right, he thought to himself as he stepped inside the cave. Please let them be all right.

There should have been the sound of children wailing. There should have been the low buzz of nervous conversation and the hum of subdued magic. Instead, there was only the howl of the wind as it swept over the desolate peak of the mountain. The cave walls were white ice, pocked with red and brown where blood had splattered and melted in patches. Alastair pulled off his goggles and dropped them on the ground, pushing farther into the pas- sage, drawing on the dregs of his power to steady himself.

The walls of the cave gave off an eerie phosphorescent glow. Away from the entrance, it was the only light he had to see by, which probably explained why he stumbled over the first body and nearly fell to his knees. Alastair jerked away with a yell, then winced as he heard his own shout echo back to him. The fallen mage was burned beyond recognition, but she wore the leather wristband with the large hammered piece of copper that marked her as a second-year Magisterium student. She couldn’t have been older than thirteen.