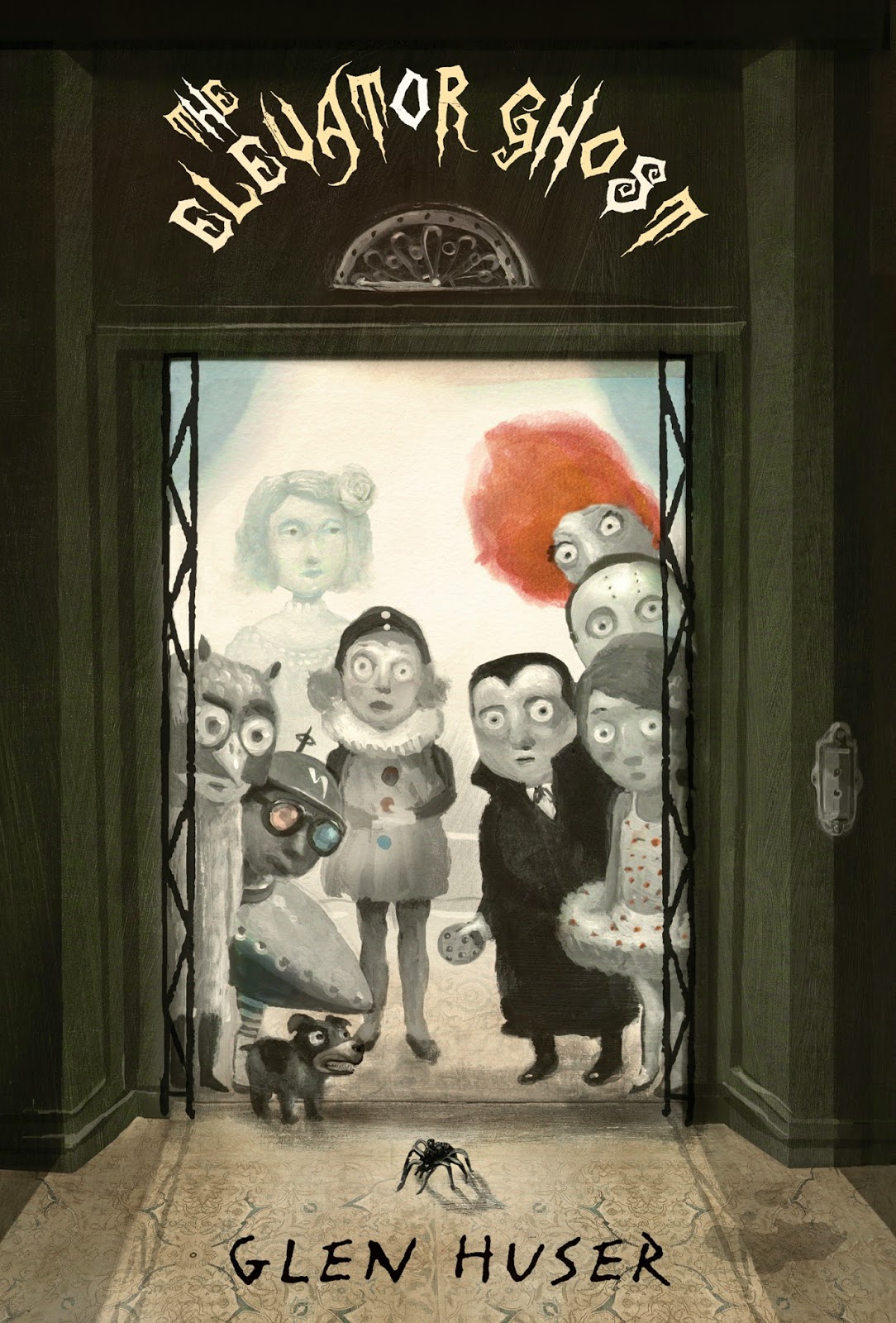 Glen Huser - The Elevator Ghost - Published by Groundwood Books (Canada) - (12 Aug 2014) - Small Press Pick
When Carolina Giddle moves into the Blatchford Arms, no one knows what to make of her sequin-sprinkled sneakers and her trinket-crusted car. But the parents are happy there’s a new babysitter around, and Carolina seems to have an uncanny ability to calm the most rambunctious child with her ghostly stories.
Armed with unusual snacks (bone-shaped peppermints, granghoula bars and Rumpelstiltskin sandwiches), candles to set the mood, and her trusty sidekick — a tarantula named Chiquita, Carolina entertains the children with some good old-fashioned storytelling and, at the end, a great Halloween party.
Governor General’s Award winner Glen Huser brings his quirky sense of humor and horror to some time-honored motifs. The artistic Lubinitsky girls find out that artists must be wary of the power of their own creations. Holy terror Angelo Bellini discovers that no one can throw a tantrum like a double-crossed pirate. The Hooper kids, including UFO junkie Benjamin, learn about some eerie goings-on in the New Mexico desert. Timid Hubert and Hetty Croop are practically afraid of their own shadows, until they hear the story of a boy who finds the perfect weapon for overcoming his fear of the dark. And Dwight and Dwayne Fergus, two would-be Freddy Kruegers, finally meet their match in Carolina, and her story of the footless skeleton.
As for Carolina Giddle herself, it turns out that she has a timeworn connection to the Blatchford Arms, and to the ghost who still haunts the building — especially its old-fashioned elevator. 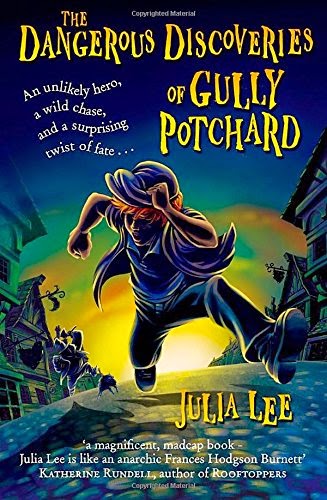 Julia Lee - The Dangerous Discoveries of Gully Potchard - Published by OUP Oxford ( 7 Aug 2014)
An improbable hero, a spine-tingling adventure, and a surprising twist of fate.. Gully Potchard never meant to cause any trouble. He's just an ordinary sort of boy . . . at least that what he thinks. But when an old acquaintance comes knocking, it isn't long before Gully is tangled up in a mess of mischief and skulduggery. Cats and dogs go astray, a child is kidnapped, and ransom notes are delivered to the wrong people! But as a storm rages and a fire blazes, Gully discovers that he has an extraordinary skill that might just make him an unlikely hero after all . . . 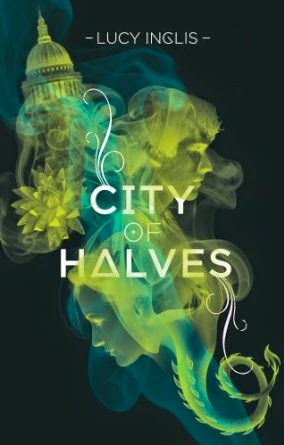 Lucy Inglis - City of Halves - Published by Chicken House - (7 Aug 2014)
London. Girls are disappearing. They've all got one thing in common; they just don't know it yet. Sixteen-year-old Lily was meant to be next, but she's saved by a stranger: a half-human boy with gold-flecked eyes. Regan is from an unseen world hidden within our own, where legendary creatures hide in plain sight. But now both worlds are under threat, and Lily and Regan must race to find the girls, and save their divided city. 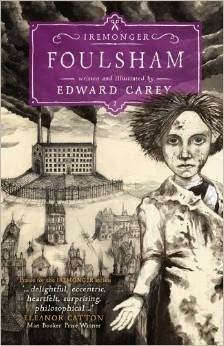 Edward Carey - Foulsham (Iremonger Trilogy) - Published by Hot Key Books (7 Aug 2014)
Foulsham, London's great filth repository, is bursting at the seams. The walls that keep the muck in are buckling, rubbish is spilling over the top, back into the city that it came from. In the Iremonger family offices, Grandfather Umbitt Iremonger broods: in his misery and fury at the people of London, he has found a way of making everyday objects assume human shape, and turning real people into objects. Abandoned in the depths of the Heaps, Lucy Pennant has been rescued by a terrifying creature, Binadit Iremonger - more animal than human. She is desperate and determined to find Clod. But unbeknownst to her, Clod has become a golden sovereign and is 'lost'. He is being passed as currency from hand to hand all around Foulsham, and yet everywhere people are searching for him, desperate to get hold of this dangerous Iremonger, who, it is believed, has the power to bring the mighty Umbitt down. But all around the city, things, everyday things, are twitching into life...
Posted by Mr Ripley's Enchanted Books on July 28, 2014