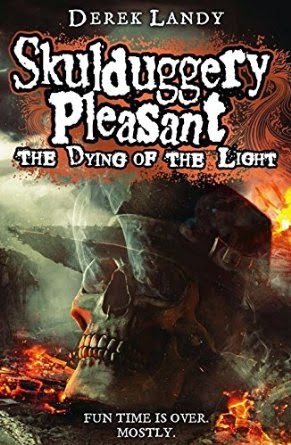 The FINAL shocking, heart-wrenching book in the jaw-droppingly stupendous Skulduggery Pleasant series.
Valkerie. Darquesse. Stephanie. The world ain’t big enough for the three of them. The end will come…
The War of the Sanctuaries has been won, but it was not without its casualties. Following the loss of Valkyrie Cain, Skulduggery Pleasant must use any and all means to track down and stop Darquesse before she turns the world into a charred, lifeless cinder.
And so he draws together a team of soldiers, monster hunters, killers, criminals… and Valkyrie’s own murderous reflection.
The war may be over, but the final battle is about to begin. And not everyone gets out of here alive… 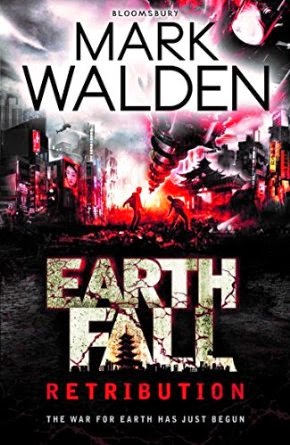 Mark Walden - Earthfall: Retribution - Published by Bloomsbury Children's (14 Aug 2014)
It's been several months since the events of Earthfall, yet Sam's attempts to rouse the enslaved people of London from their trance-like state have frustratingly failed. Worse still, the enormous Voidborn drilling device which Sam and his friends disabled in London was one of hundreds scattered across the planet, all nearing the final stages of construction.
Joining up with another resistance group, they plot to disable a drilling machine in Tokyo and in the process implant viral commands that will cause a catastrophic failure of the entire network. Just as that mission appears to have been successful, Sam and the others are double-crossed by the resistance leader.
Earthfall: Retribution will take the series on to a global stage, as the true scale of the conflict being played out on Earth is revealed. 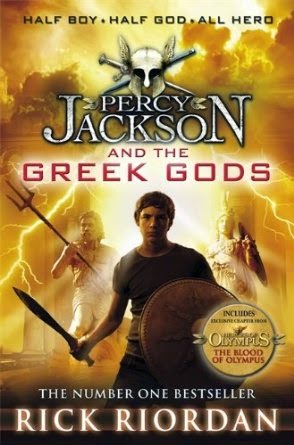 Rick Riordan - Percy Jackson and the Greek Gods - Published by Puffin (7 Aug 2014)
"If you like horror shows, bloodbaths, lying, stealing, backstabbing and cannibalism, then read on..."

Who could tell the true stories of the gods and goddesses of Olympus better than modern-day demigod Percy Jackson?

In this action-packed tour of Greek mythology, Percy gives his hilarious personal views on the feuds, fights and love affairs of the Olympians. Want to know how Zeus came to be top god? How many times Kronos ate one of his own kids? How Athena literally burst out of another god's head?

It's all here in black and white... 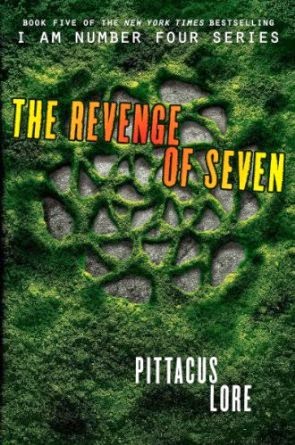 Pittacus Lore - I Am Number Four: Book Five - Published By HarperCollins (26 Aug 2014)
The Revenge of Seven is the heart stopping fifth installment in the Lorien Legacies series by Pittacus Lore.
The worst was supposed to be over. We were reunited after a decade apart. We were discovering the truth about our past. We were training and getting stronger every day. We were even happy. . . .
We never imagined the Mogadorians could turn one of our own against us. We were fools for trusting Five. And now Eight is lost forever. I would do anything to bring him back, but that's impossible. Instead, I will do whatever it takes to destroy every last one of them.
I've spent my entire life hiding from them, and they've stolen everything away from me. But that stops now. We're going to take the battle to them. We have a new ally who knows their weaknesses. And I finally have the power to fight back.
Posted by Mr Ripley's Enchanted Books on July 21, 2014