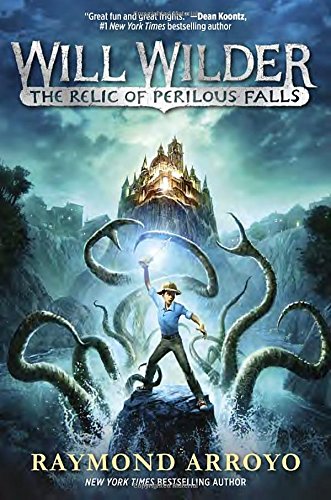 Raymond Arroyo - Will Wilder: The Relic of Perilous Falls - Published by Crown Books for Young Readers (March 8, 2016)
Fans of Rick Riordan’s Percy Jackson and the Olympians and Peter Lerangis’s Seven Wondersseries will embrace this first epic adventure in a rollicking new series by a New York Times bestselling author.
Will Wilder is a mischievous, headstrong twelve-year-old with an otherworldly gift—he alone can see the nefarious creatures encroaching on Perilous Falls. For nearly a century, a sacred relic has protected his hometown from the raging waters surrounding it. But when Will “borrows” the relic for his own purposes, he accidentally unleashes an ancient evil. 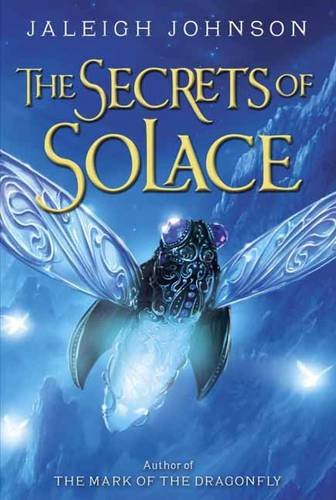 Jaleigh Johnson - The  Secrets of Solace - Published by Delacorte Books for Young Readers (March 8, 2016)
From Jaleigh Johnson, the acclaimed author of The Mark of the Dragonfly, comes another thrilling adventure in the magical world of Solace.    Lina Winterbock lives in the mountain strongholds of Solace. She’s an apprentice to the archivists, the wise men and women whose lives are dedicated to cataloging, studying, and preserving the objects that mysteriously fall from the sky in the scrap towns.    Lina should be spending her days with books, but the Iron War has changed everything. The strongholds are now a refuge, and the people Lina once counted on no longer have time for her, so she spends her days exploring the hidden tunnels and passages of her home. The strongholds are vast and old, with twisting paths, forgotten rooms, and collapsed chambers, some of them containing objects that have been lost and forgotten even by the archivists.    And in one of the forgotten chambers, Lina discovers a secret.    Hidden deep in a cavern is a half-buried airship like nothing she has ever seen before. She’s determined to dig it out and restore it. But Lina needs help, and she doesn’t know anyone she can trust with her secret.    Then she meets Ozben, a mysterious boy who has a secret of his own—a secret that’s so dangerous it could change the course of the Iron War and the world of Solace forever. 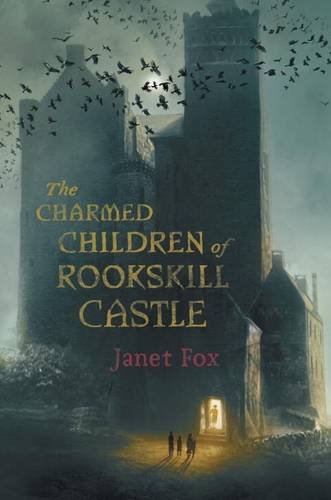 Janet Fox - The Charmed Children of Rookskill Castle - Published by Viking Books for Young Readers (March 15, 2016)
That’s what Katherine Bateson’s father told her, and that’s what she’s trying to do:  when her father goes off to the war, when her mother sends Kat and her brother and sister away from London to escape the incessant bombing, even when the children arrive at Rookskill Castle, an ancient, crumbling manor on the misty Scottish highlands.
But it’s hard to keep calm in the strange castle that seems haunted by ghosts or worse.  What’s making those terrifying screeches and groans at night?  Why do the castle’s walls seem to have a mind of their own?  And why do people seem to mysteriously appear and disappear? 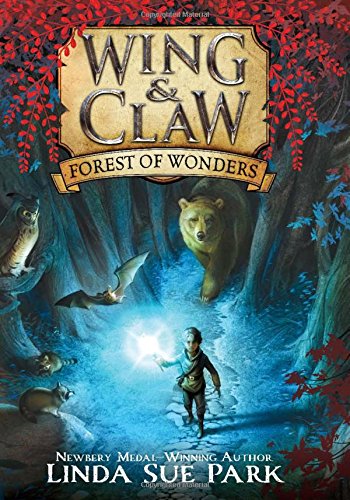 Raffa Santana has always loved the mysterious Forest of Wonders. For a gifted young apothecary like him, every leaf could unleash a kind of magic. When an injured bat crashes into his life, Raffa invents a cure from a rare crimson vine that he finds deep in the Forest. His remedy saves the animal but also transforms it into something much more than an ordinary bat, with far-reaching consequences. Raffa’s experiments lead him away from home to the forbidding city of Gilden, where troubling discoveries make him question whether exciting botanical inventions—including his own—might actually threaten the very creatures of the Forest he wants to protect.
The first book in an enchanting trilogy, Forest of Wonders richly explores the links between magic and botany, family and duty, environment and home.