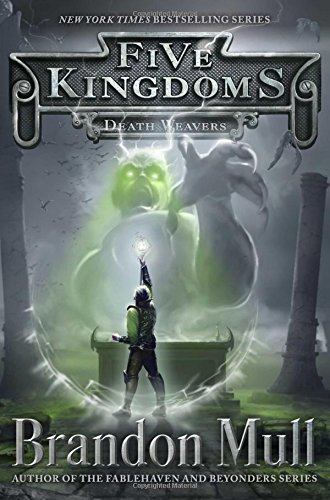 Brandon Mull - Death Weavers (Five Kingdoms Bk4) - Published by Aladdin (March 15, 2016)
Cole is about to face his biggest peril yet.
Since arriving in the Outskirts, Cole and his friends have fought monsters, challenged knights, and battled rampaging robots. But none of that has prepared them for Necronum.In this haunting kingdom, it’s hard to tell the living from the dead, and secret pacts carry terrifying risks. Within Necronum lies the echolands, a waystation for the departed where the living seldom venture.Still separated from his power, Cole must cross to the echolands and rely on his instincts to help rescue his friends. With enemies closing in, Cole risks losing everything to find the one thing that might save them. 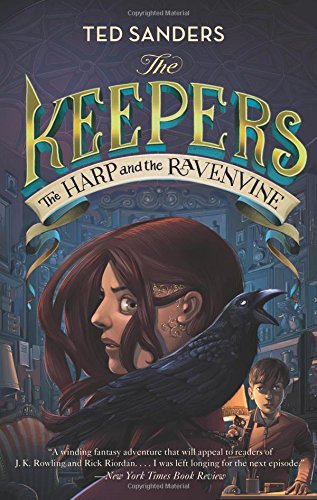 Ted Sanders - The Keepers #2: The Harp and the Ravenvine - Published by HarperCollins Children's (March 1, 2016)
IN THE WORLD OF THE KEEPERS, IT'S BEST NOT TO SPEAK IN TERMS OF THE IMPOSSIBLE.
Horace F. Andrews, Keeper of the fabled Box of Promises, knows that nothing is impossible. After all, he has the ability to see into the future, and his friend Chloe can walk through walls. But before either of them can master their Tan'ji--their talismans of power--a new threat looms over all Keepers, and they must prepare to battle their eternal enemies--the Riven.Far away, drawn by an irresistible summons, a mysterious girl is making her way to the Warren, the Keeper stronghold. She wears the Ravenvine and is learning to wield its fascinating power; but this Tan'ji is damaged. There's no telling what will happen to the instrument or its Keeper if it cannot be made whole again. April's journey is long and dangerous, with strange new companions at her side and a pack of sinister hunters tracking her. Will she reach the Warren in time, and is it a safe haven, or will it offer only more danger?Ted Sanders's magical series began with The Box and the Dragonfly and continues with this powerful sequel that expands the extraordinary world of the Keepers, where nothing is ever ordinary and three words rule: Curiosity. Discovery. Possibility. 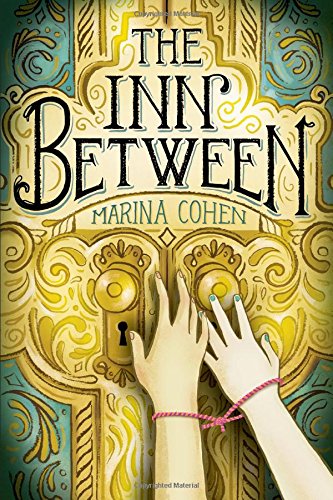 Eleven-year-old Quinn has had some bad experiences lately. She was caught cheating in school, and then one day, her little sister Emma disappeared while walking home from school. She never returned.
When Quinn's best friend Kara has to move away, she goes on one last trip with Kara and her family. They stop over at the first hotel they see, a Victorian inn that instantly gives Quinn the creeps, and she begins to notice strange things happening around them. When Kara's parents and then brother disappear without a trace, the girls are stranded in a hotel full of strange guests, hallways that twist back in on themselves, and a particularly nasty surprise lurking beneath the floorboards. 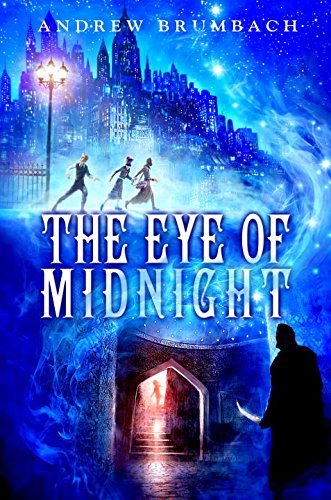 Andrew Brumbach - The Eye Of Midnight - Published by Delacorte Books for Young Readers (March 8, 2016)
A cross between Indiana Jones and The DaVinci Code for kids, you won’t be able to put down this classic adventure set in 1920s New York City with an Arabian twist!

On a stormy May day in 1929, William and Maxine arrive on the doorstep of Battersea Manor to spend the summer with a grandfather they barely remember. Whatever the cousins expected, Colonel Battersea isn’t it.
Soon after they settle in, Grandpa receives a cryptic telegram and promptly whisks the cousins off to New York City so that he can meet an unknown courier and collect a very important package. Before he can do so, however, Grandpa vanishes without a trace.
When the cousins stumble upon Nura, a tenacious girl from Turkey, she promises to help them track down the parcel and rescue Colonel Battersea. But with cold-blooded gangsters and a secret society of assassins all clamoring for the same mysterious object, the children soon find themselves in a desperate struggle just to escape the city’s dark streets alive.