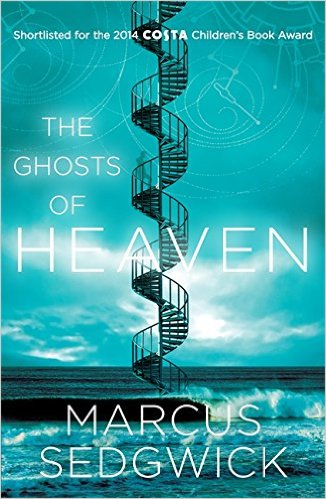 In a shortlist of novels thick with secrets and lies, Patrick Ness vies to be the first ever author to win the Carnegie Medal three times. Ness’s The Rest of Us Just Live Here follows the lives and loves of a group of teenagers and faces tough competition from Frances Hardinge’s Costa Book of the Year winnerThe Lie Tree, in which a young Victorian girl uses lies to find the truth behind her father’s murder, and Robin Talley’s debut, Lies We Tell Ourselves, which sees two teen girls fall in love across the race divide in 1950s America. Joining them on the shortlist are Nick Lake’s There Will Be Lies in which a teenage girl is forced to re-evaluate her identity, Jenny Valentine’s Fire Colour One which explores questions of authenticity and honesty, and Kate Saunders’s Five Children on the Western Front which looks at the reality of conflict and the impact of the First World War on a single family. Marcus Sedgwick’s The Ghosts of Heaven, four interlinking stories on the search for the true meaning of life, and Sarah Crossan’s One, a tale of conjoined twins which explores notions of individuality, complete the Carnegie shortlist for 2016.
The CILIP Carnegie Medal 2016 shortlist in full (alphabetically by author surname): 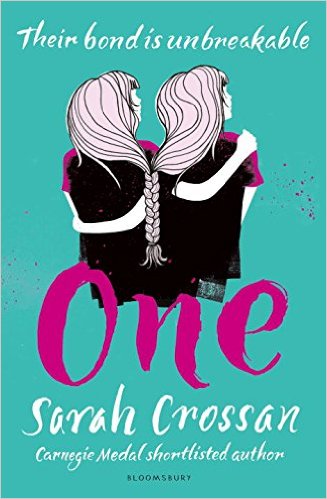 At the heart of the Kate Greenaway Medal shortlist, awarded for outstanding illustration in a book for children, is a three-way face-off between former Children’s Laureate Anthony Browne, current Children’s Laureate Chris Riddell and Helen Oxenbury, all with two Medals already to their names. Oxenbury first won in 1969, nearly half a century ago, while Browne first won in 1983. Riddell, a relative newcomer, first won in 2001. Traditional picture book stories for younger readers make up the majority of the Kate Greenaway shortlist, following 2015’s more sombre list.
Browne employs a wide range of colours and styles in Willy’s Stories, to celebrate the worlds within a library, while Oxenbury’s distinctive style is at the fore in Captain Jack and the Pirates, merging soft blacks and whites with muted colours. Riddell uses a limited but highly evocative palette of black, white and gold in The Sleeper and the Spindle and Sydney Smith’s visual storytelling in Footpath Flowers uses selective colour against stark black and white. Ross Collins’s There’s a Bear on My Chair uses size, scale and words to create humour and contrast whilst Jackie Morris’s Something About A Bearbrings the lives of the world’s bears to life with a true painterly quality, and in Once Upon an Alphabet, Oliver Jeffers creates a distinctive visual style with bright colours and strong lines bringing each letter’s tale to life. Finally, previous Kate Greenaway Medal winner Jon Klassen uses earthy colours and increasingly dark shades in Sam & Dave Dig a Hole. 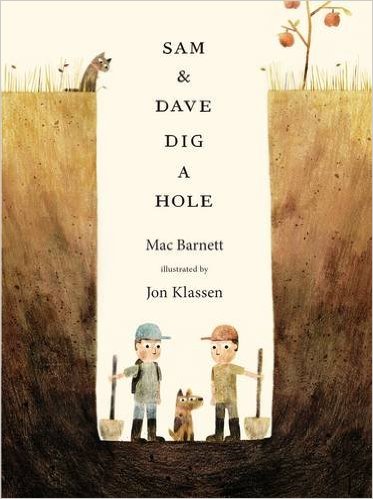 Sioned Jacques, Chair of the CILIP Carnegie and Kate Greenaway Medals judging panel for 2016, said: “These exceptionally strong shortlists reflect the huge range of writing and illustrating talent in children’s publishing at the moment. The lists are a true celebration of the longevity of these wonderful talents, with Helen Oxenbury and Anthony Browne showing that they are still delivering incredible work decades after first winning a Medal. Questions of secrecy, lies, who we really are and how we identify ourselves are all explored in different, surprising and innovative ways. Our shortlisted writers and illustrators don’t shy away from difficult or big ideas but skilfully introduce them to young readers in ways that are gripping, moving, entertaining but always, without exception, page-turning.”
Dawn Finch, President of CILIP, said: “We are without doubt in a golden age of children’s books. From stories set in Victorian times and World War One to a modern day library, from fantasy worlds to the future, these shortlists showcase the enormous talent and unlimited imagination currently to be found in children’s storytelling. There are characters to fall in love and go on adventures with and journeys and discoveries to be made. Each and every one of the books on the shortlists could be a worthy winner and all of them are truly deserving of a global audience.”

The CILIP Carnegie and Kate Greenaway Medals are the oldest children’s book awards in the UK, with the first winners announced in 1936 and 1956 respectively. The titles on the shortlists are contenders for the highest accolades in children’s literature, with previous winners including legendary talents Arthur Ransome, C.S Lewis and Mary Norton for the Carnegie Medal and illustrators Quentin Blake, Shirley Hughes and Raymond Briggs for the Kate Greenaway Medal.
The winners for both the CILIP Carnegie Medal and the CILIP Kate Greenaway Medal will be announced on Monday 20th June at a lunchtime ceremony at the British Library. The winners will each receive £500 worth of books to donate to their local library and a specially commissioned golden medal. Since 2000, the winner of the Kate Greenaway Medal has been awarded the £5,000 Colin Mears Award cash prize and, from 2016, the Carnegie Medal winner will also be awarded an equal amount of prize money from the same fund. At the ceremony in June, one title from each shortlist will also be named the recipient of the Amnesty CILIP Honour, a brand new commendation for a book that most distinctively illuminates, upholds or celebrates freedoms. The two titles receiving the commendation will be able to carry an Amnesty CILIP Honour logo.
Posted by Mr Ripley's Enchanted Books on March 16, 2016