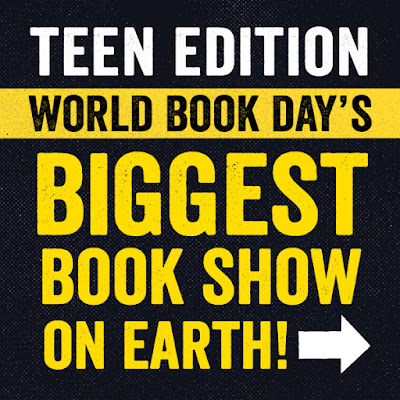 World Book Day is 20 years old in 2017, and we are celebrating with an extravaganza of a day on Thursday 2nd March 2017.

As part of the Biggest Book
Show on Earth tour, we are hosting a special YA event on the eve of World Book Day, 1st March 2017.

Joining us will be David Almond and Michael Grant, authors of World Book Day £1 books Island and Dead of Nightrespectively; presenter and DJ Gemma Cairney whose debut Open is released in March; and author, vlogger and musical actress Carrie Hope Fletcher as chair.

The group will discuss their favourite books; where, when and how they read; the books they are currently working on; and give the audience book recommendations. After the event, there will be an opportunity to redeem £1 World Book Day tokens, meet the authors, get your books signed – and take selfies, of course!

Come join the booky fun! Tickets are free but to reserve a ticket, please click here 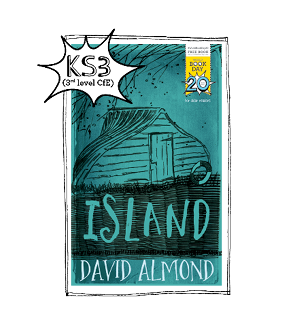 By: David Almond
Each year, sixteen-year old Louise travels with her father to the island of Lindisfarne. It’s a holiday, but also a pilgrimage to the place Louise’s mother loved best of all in the whole world. This year things are changing and the beautiful and haunted island is a troubled place. Louise is growing fast, and is yearning for independence. Her father becomes infatuated by an American tourist. And they arrive at the same time as Hassan, a mysterious boy from Syria, who fascinates Louise. He seems to have known this place from long ago, and to be at home here. He’s an acrobat, maybe a sorcerer, maybe a source of great danger. The gang of boys who live in the island’s wilder places want to cast him out.
Over the course of a few days, the forces of love, death, hope and destruction move these characters towards a deeper understanding of themselves and the world. This is a story which shows how the journeys we take and the people we meet shape us forever. 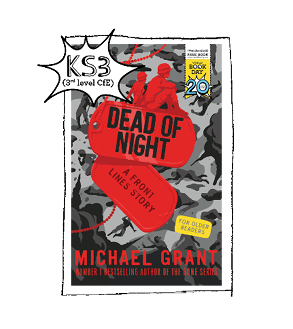 By: Michael Grant
Rio Richlin doesn’t have superpowers. She is an ordinary young woman. A soldier in the American army, wearing a uniform, carrying a rifle, and fighting alongside thousands who are trying to make a difference, trying to change the world.
At least, that’s the plan. Right now she’s part of a squad on a training exercise in some place called Wales. They’re cold, they’re wet, and Rio’s pretty sure they’re also lost. Spending the night in a creepy old inn wasn’t part of the plan at all…
Set in the alternative World War II scenario of his Front Lines novels, Michael Grant, author of the bestselling Gone series, has written this story exclusively for World Book Day.
Find out more: http://www.worldbookday.com
By Mr Ripley's Enchanted Books on February 23, 2017