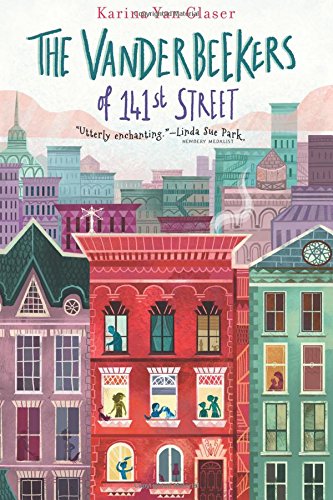 A modern classic in the making reminiscent of the Penderwicks series, The Vanderbeekersof 141st Street is about the connections we make and the unexpected turns life can take.

The Vanderbeekers have always lived in the brownstone on 141st Street. It's practically another member of the family. So when their reclusive, curmudgeonly landlord decides not to renew their lease, the five siblings have eleven days to do whatever it takes to stay in their beloved home and convince the dreaded Beiderman just how wonderful they are. And all is fair in love and war when it comes to keeping their home. 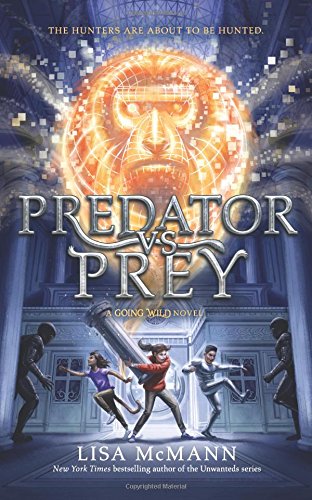 The Avengers meets Animorphs in the second book of this epic series from Lisa McMann, New York Times bestselling author of the Unwanteds and Unwanteds Quests. “Kids will go wild for Going Wild!” raved Newbery Medal–winning author Katherine Applegate.
The Going Wild series highlights the unbelievable (and completely true) abilities that animals possess, and it’s perfect for Marvel fans and middle grade readers who enjoy an exciting mix of action, humor, and heart. “Fans of Rick Riordan and Brandon Mull will not be disappointed,” proclaimed School Library Journal.
In Predator vs. Prey, Charlie Wilde’s dad has been abducted by masked figures who might not even be completely human. And it will take more than her incredible bracelet—which gives her powers from the animal kingdom—to rescue him.
Luckily, Charlie’s friends now have bracelets of their own with all-new abilities…they just have to work through a few issues first. Maria’s device has hair-raising side effects. Mac can’t wait to hack into his. And their frenemy, Kelly, swears hers is a dud. If Charlie is going to have any hope of saving her dad—and the world—from their beastly foes, she’ll have to help her friends master their powers and come together as a team. 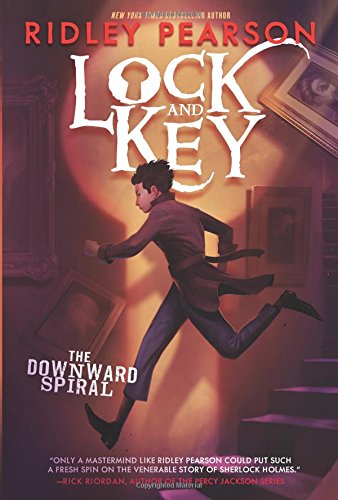 Will leave you dying to know more.” —Rick Riordan, author of the #1 bestselling Percy Jackson series
The New York Times bestselling author of the Peter and the Starcatcher and Kingdom Keepers series, Ridley Pearson, brings us the second riveting tale in the Lock and Key trilogy.
This bravely reimagined origin story of the rivalry of literature’s most famous enemies—Sherlock Holmes and James Moriarty—is told from the perspective of James’s observant little sister, Moira.
At the thrilling conclusion to book one, we left off with James and Moira’s father dying horribly and unexpectedly. Now the search is on to find out what really happened to their father. Did he fall or was he pushed? Sherlock, James, and Moira reluctantly partner up, trusting no one, not even each other, as they uncover a secret sect, a rare jewel, and a sordid history. Blood is spilled, trusts broken, and friendships lost in this story of how one simple mistake cost Father his life and James his heart, and sent the Moriartys spiraling ever downward.
It’s a highly original and satisfying take on the Sherlock Holmes series as only master of suspense Ridley Pearson could envision. As Rick Riordan, author of the Percy Jackson series, says, “This tale will change the way you see Sherlock Holmes and leave you dying to know more.” 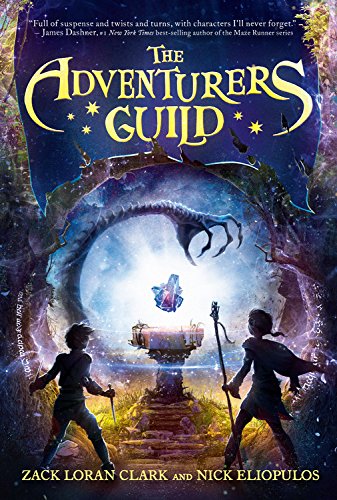 Few ever asked to join the Adventurers Guild. . . . Their members often died young.

In one of the last cities standing after the world fell to monsters, best friends Zed Kagari and Brock Dunderfel have high hopes for the future. Zed desperately wishes to join the ranks of the Mages Guild, where his status as Freestone's only half elf might finally be an asset. Brock, the roguishly handsome son of merchants, is confident he'll be welcomed into the ranks of the Merchants Guild.

But just as it seems the boys' dreams have come true, their lives take a startling turn . . . and they find themselves members of the perilous Adventurers Guild.

Led by the fearsome Alabasel Frond, the guild acts as the last line of defense against the Dangers-hungry, unnatural beasts from otherworldly planes. And when the boys uncover a conspiracy that threatens all of Freestone, Zed, Brock, and their new allies-Liza, a fierce noble, and Jett, a brave dwarf-must prove their worth once and for all.

This start of a thrilling new series is sure to be a hit with readers who like their fantasies clever and action-packed, with tons of humor and heart.