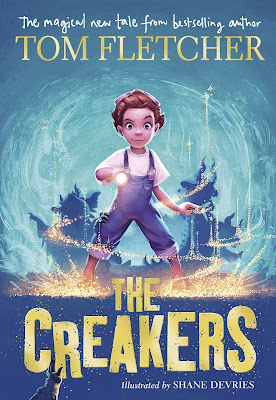 The darkly magical new story about the monsters under the bed, from bestselling author of The Christmasaurus, Tom Fletcher.
What silently waits in the shadows at night? What's under your bed, keeping just out of sight?
Do you ever hear strange, creaking noises at night? Ever wonder what makes those noises?
Lucy Dungston always did.
Until, one morning, Lucy discovers that all the grown-ups have disappeared - as if into thin air. Chaos descends as the children in Lucy's town run riot. It's mayhem. It's madness. To most kids, it's amazing!
But Lucy wants to find out the truth. Lucy lost her dad not long ago, and she's determined not to lose her mum too. She's going to get her back - and nothing is going to stop her . . .
. . . except maybe the Creakers. 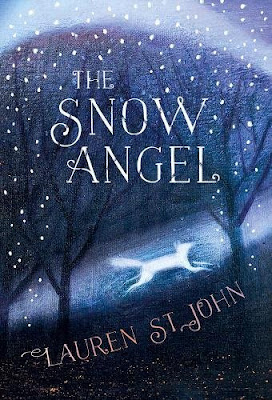 Lauren St John's stunning Christmas classic is about forgotten children, the power of nature to heal us and a girl who will climb mountains in search for a place to call home.
Growing up in vibrant, crowded Nairobi, Makena has only one dream: to climb Mount Kenya like her hero, her mountain guide father. But when her beautiful world is shattered, she finds that in the city's dark places there are a thousand ways to fall, each more deadly than any crevasse. In a world of strangers, does she dare trust Snow, whose ballet dreams are haunted by a past she's still running from? And is the sparkling fox friend or foe?
After a fresh start in the Scottish Highlands turns bad, Makena flees to the mountains. But will they betray her or be the making of her? 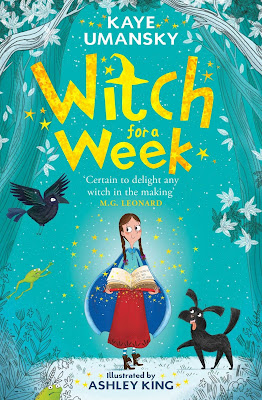 When Elsie Pickles offers to house-sit the mysterious home of local witch Magenta Sharp, she has no idea what she's getting herself into. Left with a talking raven and a scruffy dog for company, a magical tower that has a mind of its own and a book of instruction called Everything You Need to Know, what could possibly go wrong?

With an assortment of weird and wonderful neighbours banging at the door and a box of volatile magical ingredients that must be used immediately, Elsie finds out that looking after Magenta's home might not be as easy as she first thought ... does she have what it takes to be a witch for a week or will it all end in a magical disaster? 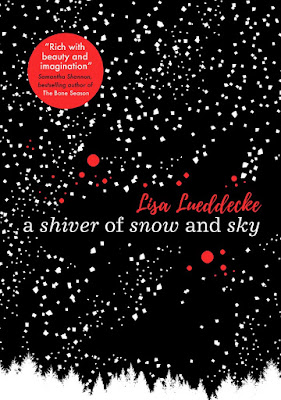 On the frozen island of Skane, the sky speaks. Beautiful lights appear on clear nights, and their colours have meaning: Green means all is well, and the Goddess is happy. Blue means a snow storm is on the way. And then there's red. Red is rare. A warning. Seventeen years ago the sky turned red just as Osa was born, unleashing a plague that claimed the lives of hundreds of villagers, including her own mother. This time, when the night sky once again bleeds crimson, she must discover what it means before so many lives are lost again. 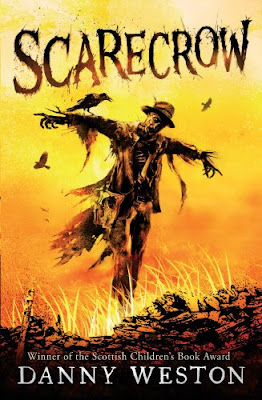 Jack and his dad are runaways. Jack’s father recently turned whistleblower, revealing the truth about the illicit dealings of some powerful people. Realising that he and Jack might be in danger, Dad drives them to a remote shooting lodge in the Scottish Highlands, where they intend to lay low.


In the cornfield beside the lodge stands a scarecrow. When Jack witnesses something incredible, he begins to realise that it is no ordinary scarecrow – it is alive, hungry and fuelled by rage. And when Dad’s enemies begin to converge on the lodge, the scarecrow might just turn out to be Jack’s best hope of survival. 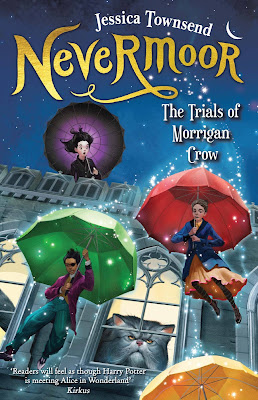 Morrigan Crow is cursed. Having been born on Eventide, the unluckiest day of the year, she's blamed for all local misfortunes, from hailstorms to heart attacks - and, worst of all, the curse means that Morrigan is doomed to die at midnight on her eleventh birthday.
But as Morrigan awaits her fate, a strange and remarkable man named Jupiter North appears. Chased by black-smoke hounds and shadowy hunters on horseback, he whisks her away to the safety of a secret, magical city called Nevermoor.
It's then that Morrigan discovers Jupiter wants her to contend for a place in the city's most prestigious organisation: the Wundrous Society. In order to join, she must compete in four difficult and dangerous trials against hundreds of other children, each boasting an extraordinary talent that sets them apart - an extraordinary talent that Morrigan insists she does not have. To stay in the safety of Nevermoor for good, Morrigan will need to find a way to pass the tests - otherwise she'll have to leave and confront her deadly fate once and for all.
By Mr Ripley's Enchanted Books on October 09, 2017