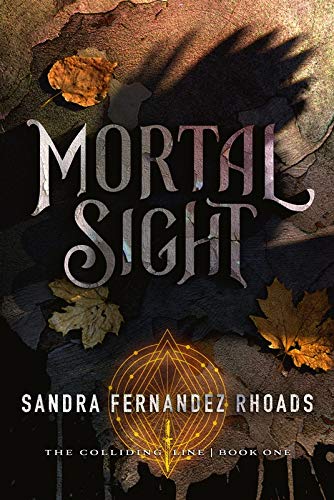 Welcome readers... Here are our children's book picks for April 2020 which have all been published this month in the US.  If you don't live in the US you could probably get them shipped. So take a look and support the authors below in these difficult times. Happy reading - I hope there is a sparkle of magic on this list to add to your reading pile, wherever you are. Stay safe and happy reading.


Sandra Fernandez Rhoads - Mortal Sight (The Colliding Line) - Enclave Publishing (April 14, 2020) - ISBN-13: 978-1621841203 - Hardback - Age:| 13+
When Worlds Collide, Shadow Wrestles LightSeventeen-year-old Cera Marlowe wants a normal life; one where she and her mom can stop skipping town every time a disturbing vision strikes. But when a girl she knows is murdered by a monster she can't explain, Cera's world turns upside down.Suddenly thrown into an ancient supernatural battle, Cera discovers she's not alone in her gifting and vows to use her visions to save lives. But why does John Milton's poem Paradise Lost keep interrupting her thoughts?In a race against time and a war against unearthly creatures, will decoding messages embedded in the works of classic literature be enough to stop the bloodshed and protect those she loves? 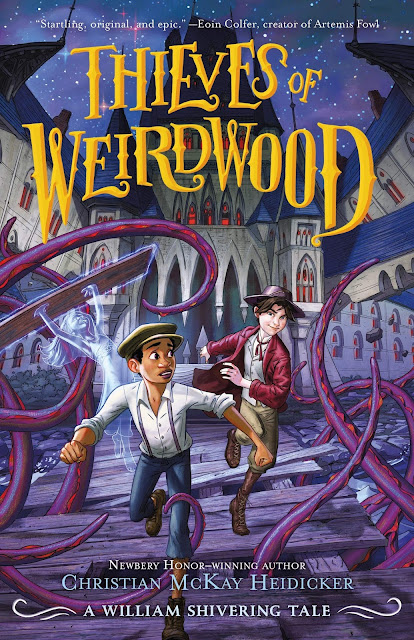 Christian McKay Heidicker  - Thieves of Weirdwood - Henry Holt and Co. (BYR) (April 7, 2020) - ISBN-13: 978-1250302885 - Hardback - Age: 8+
For fans of Brandon Mull and Rick Riordan comes William Shivering and Newbery Honor winner Christian McKay Heidicker's Thieves of Weirdwood, a brand-new illustrated fantasy series about two kid thieves who are plunged into a battle between the Real and Imaginary worlds!
Twelve-year-old thieves Arthur and Wally are determined to steal their way up the ranks of the notorious Black Feathers gang. With loan sharks chasing after Arthur’s father and Wally’s brother’s hospital bill due, they’re in need of serious cash. Fast.
When Arthur spots some wealthy strangers exiting a seemingly deserted mansion, he smells an opportunity for a big score. Little do the boys realize, they’ve stumbled upon Weirdwood Manor, the headquarters of a magical order who protect the Balance between the Real and Imaginary worlds. When Kingsport is besieged by nightmarish creatures, it’s up to a pair of thieves to save their city.
Filled with giant tentacle monsters and heroes literally ripped from the pages of adventure stories, this imagination-bending series is perfect for fans of Keeper of the Lost Cities, Aru Shah, and Nevermoor. 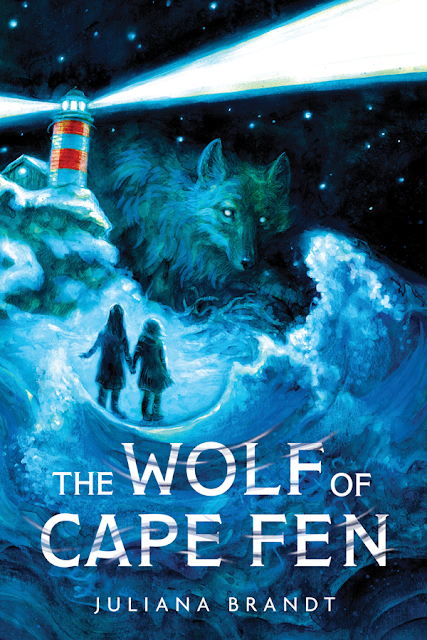 Cover design by Nicole Hower, Cover art by Jana Heidersdorf
Juliana Brandt: When you look at the cover, I hope you notice all the pieces I’d hoped it would include: the sisters, the wolf, the ocean waves, the lighthouse, and the night sky. But included too are pieces I never would have considered: the ocean foam, the bright beam from the lighthouse, the incredible font with the water swirling through, the snow on the edges of the cape setting, the magic that seems to live inside the wolf’s fur. All of these parts add up to create an atmosphere that speaks directly to the book I wrote. Full Post HERE

Beyond the Bright, Sea meets Echo in this story of a young girl who must break a magical bargain before an enchanted wolf steals her sister away.
First Frost has touched Cape Fen, and that means Baron Dire has returned. For as long as anyone can remember, Baron Dire has haunted the town come winter, striking magical bargains and demanding unjust payment in return. The Serling sisters know better than to bargain, lest they find themselves hunted by the Baron's companion, the Wolf.
And then the Wolf attacks Eliza's sister Winnie. They manage to escape, but they know the Wolf will be back. Because Winnie would never bargain, so that must mean that someone has struck a deal with Winnie as the price.
Eliza refuses to lose her sister and embarks on a journey to save her. If Eliza can learn the truth, she might be able to protect her sister, but the truth behind the bargain could put her own life in danger. 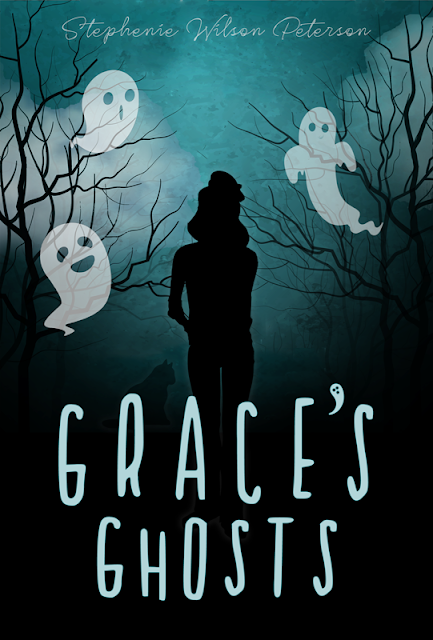 Twelve-year-old Grace and her feline best friend, Midnight, have a secret: Midnight is a ghost. But then again, so are the rest of Graces' friends. Since she's the only person in hundreds of years with the ability to see them, the many ghosts of Tansy have flocked to Grace since birth. She doesn't mind. She prefers the company of the dead to that of the cliquey kids at school.

Grace is happy with her strange life, until one day, the ghosts tell her about the secret her town has hidden for centuries. There's a reason there are more ghosts than living people in Tansy. Three-hundred years ago, a lonely witch cast a spell that mistakenly trapped the soul of every person to ever set foot in the tiny town. So when the spirits beg her to find a way to break the curse, Grace is eager to help.

As she searches for answers, Grace makes discoveries about the secret her family hid for generations and a world of magic hidden in her own backyard. Grace soon realizes that if she succeeds in breaking the curse, she'll lose Midnight and all of her ghost friends, but if she fails, everyone living in Tansy will face the same fate. Can Grace break the curse before it's too late?

I found your this post while searching for some related information on blog search...Its a good post..keep posting and update the information. Thư viện sách