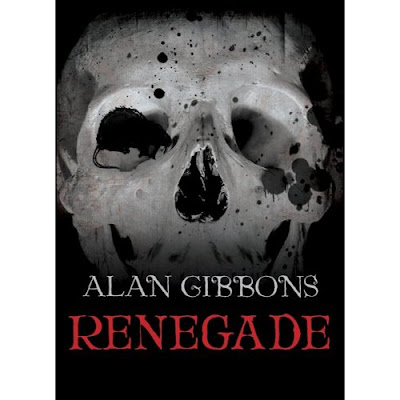 This book arrived unexpectedly in the post this week and I was intrigued to learn more about both the book and author. Interestingly I found out that the author has written many acclaimed books in this field. I was quite intrigued to read 'Renegade' and become more familiar with Alan's style of writing. My only concern was that this was the third book in the series (Hell's Underground) and I wasn't sure if I might have missed a crucial storyline (within previous books) which would affect my understanding of this novel. But on reading it the first thing I noticed was how it read like a stand-a-lone book and never at any part of the story did I become lost, in fact I was gripped by the tale.
This is a truly amazing, well-crafted story, written by a master author who understands this genre well. The book is set in 1830's London in the seedy alleyways of the East End where Paul meets a powerful ancestor. This story is seeped in macabre and dark events which produce an incredibly powerful storyline. I particularly appreciated the atmospheric depiction of London which brought together the series of events that began to unfold.
The imaginative and memorable plot became a drive to finish the book. I found the style both accessible and refreshing, it was both easy and compulsive to read the book in one sitting. The uniqueness of blending reality and fiction within the same realm was incredibly fascinating and intellectually stimulating.
An absolute must for any reader of children's books. I give this book five out of five and have now set myself the challenge to read books 1 and 2 - I'm sure I'll be equally besotted.

Paul has met his most audacious - and powerful - ancestor yet, Samuel Rector, who seemingly has the entire East End in thrall to him in the 1830s. His legion of 'rat boys' use terror and menace ordinarily, but with the demon seed inside them, their powers know no end. Their only match is Paul, the renegade, the one member of the Rector clan determined to strike each poisoned generation from the family history. But nobody is stronger than Lud, the King of London, struggling against imprisonment in his cell where the city's five gates meet.

Alan Gibbons is an author of children's books and a Blue Peter Book Award. He currently lives in Liverpool, [England]], as he used to teach in a primary school. His father was a farm laborer, but was hurt in an accident when Alan was eight years old. The family had to move to the city where Alan experienced bullying for the first time, the bullies made comments about his surname. He began to write for pupils as a teacher, but never tried to get any of his work published.
Gibbons trained to be a teacher in his mid-thirties and starting writing short stories for his students. Later, he began to write professionally.In 2000, he won the Blue Peter Book Award in the "The Book I Couldn't Put Down" category for Shadow of the Minotaur. He was a judge for the 2001 Blue Peter Book Awards.
In addition to being a full-time writer, he is an educational consultant and speaks at schools across the UK and abroad He has been a regular speaker at the Edinburgh and London Book Festivals, the Northern Children's Book Festival, Hay on Wye and Children's Books Ireland.His work is published in nineteen languages and he visits many schools internationally.

I read about the Demon Assassin and it tells about Paul rector's relative, Harry Rector, a werewolf.
The story is really gripping, and i cannot stop reading it once i started. I guess i was glued to the storyline then.