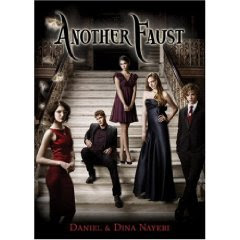 I have to say before I start this review, that this is a style of book that I would not normally read. But for research and exploration in to the unknown I decided to read it anyway.
The book starts out on a journey with five children who vanish from home; five years later they are introduced to the elite at Manhattan Marlowe School by their strange governess. The tale tantalises and grips the reader from this point on, setting a chilling tale with epic proportions. The further this story is entered, the more it leads you into the different worlds of each character. Madame Vileroy manipulates all the children gaining control over their actions. The outcome of each scenario is well-crafted and educated in its setting.
The book has a lot to offer the reader on many levels and is well written; I appreciated its ending. Unfortunately at various points I lost the plot a little due to the overly complicated and detailed character dialogue. I give this book three out of five as it unfortunately proved to be not my cup of tea.

One night, in cities all across Europe, five children vanish — only to appear, years later, at an exclusive New York party with a strange and elegant governess. Rumor and mystery follow the Faust teenagers to the city’s most prestigious high school, where they soar to suspicious heights with the help of their benefactor’s extraordinary "gifts." But as the students claw their way up — reading minds, erasing scenes, stopping time, stealing power, seducing with artificial beauty — they start to suffer the side effects of their own addictions. And as they make further deals with the devil, they uncover secrets more shocking than their most unforgivable sins. At once chilling and wickedly satirical, this contemporary re imagining of the Faustian bargain is a compelling tale of ambition, consequences, and ultimate redemption.

Daniel Nayeri has held many book-related jobs, including editor, literary agent, and children’s librarian. He is also a professional pastry chef and award-winning stuntman.

His sister, Dina Nayeri Viergutz, is a former teaching fellow in economics who holds both an MBA and a master’s of education from Harvard University. Both were born in Iran and now live in New York City and Amsterdam, respectively.
By Mr Ripley's Enchanted Books on July 23, 2009